CAPAZ | Activities in Caquetá and Huila included in the exploratory study on the reintegration of former combatants
26860
post-template-default,single,single-post,postid-26860,single-format-standard,tribe-no-js,ajax_fade,page_not_loaded,,select-theme-ver-3.5.2,wpb-js-composer js-comp-ver-5.0.1,vc_responsive 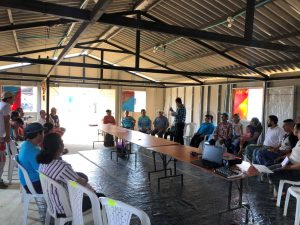 On March 21, 2019, German and Colombian researchers visited Huila and Caquetá, in Southwest Colombia.  Through workshops and meetings, they identified models of social reintegration for former FARC-EP guerrilla combatants, and some of the dynamics occurring with the communities in the reintegration process.

The activities were led by Solveig Richter (University of Erfurt, Germany), Andrés Restrepo (Centro de Estudios Regionales del Sur – CERSUR), and David Murcia (Instituto Alfredo Vázquez Carrizosa, Pontificia Universidad Javeriana), as part of the CAPAZ-supported exploratory study “Cooperation or confrontation? Exploring the link between the former FARC-EP guerrilla combatants and the communities affected by the conflict during the reintegration process”.

Workshop at ETCR in Montañita, Caquetá

A workshop was held to socialise the needs, identify conflicts, and create networks of dialogue near Montañita (Caquetá), home to the Territorial Training and Reincorporation Space (ETCR) Héctor Ramírez. The participants included representatives from local authority boards of nearby settlements. The ETCR has influenced the local community through development and cooperation projects, thanks to which work opportunities have been created. Nevertheless, there is much scepticism with respect to the future of the peace agreements and government decisions. 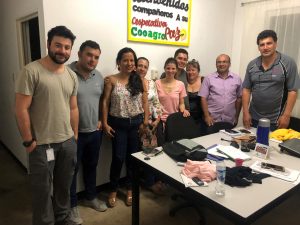 The second reintegration model visited was the COOAGROPAZ cooperative, an organisation created by former FARC-EP guerrilla combatants, whose purpose is to support entrepreneurship and local development initiatives. In the meeting, the organisation’s founding members highlighted the need to change their reintegration model to one that is uncoupled from political decisions, in which the private sector can participate, and inclusive economic policies can be promoted. 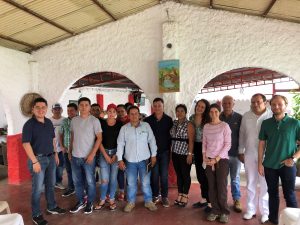 The third reintegration model visited is being developed in Algeciras (Huila). In this area, deeply divided by violence, ASOPROPAZ, an organisation formed by former FARC-EP guerrilla combatants, works on local development projects, in particular poultry farming. Participants in the workshop held there manifested their concerns about the future of the reintegrated former combatants and the political and social threats to which they are exposed. This situation may affect the post agreement stage in structural terms.