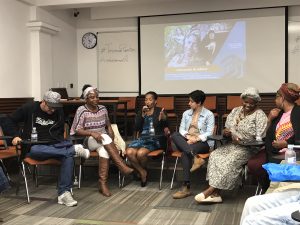 The event held on March 13 though 15, 2019 at Universidad de los Andes in Bogotá was called “Memory, Academia and Civil Society: Building Bridges”. It was organised by the Uniandes, CAPAZ, the MemoriAL network, and the German Katholische Universität Eichstätt-Ingolstadt, as part of the CAPAZ supported exploratory study called “Memory, Academia, and Society”.

The purpose of the event was to review and re-establish the role of academia in the multiple initiatives aimed at building historical memory of Colombia’s recent past.

The discussions developed through three thematic axes: the cultural products in relation with memory, the asymmetries in the production of knowledge on memory, and pedagogical and academic practices.

Through presentations, panels, and workshops, horizontal debate took place to build bridges –alluding to the title of the events- between the knowledge produced in academic spaces and that which is produced among civil society.

The activity brought together a diverse group of participants, including professors, researchers, people dedicated to music, and archive and museum management, members of the Armed Forces, demobilised people, activists, and peasants. 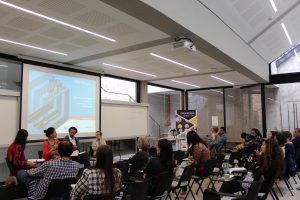 The sessions shed light on the fact that academia still needs to open itself up and integrate other realities and types of knowledge when it comes to building historical memory. Although the academic sphere holds great responsibility as the producer of knowledge, it is far from being the only place in which to teach and learn about the past.

Building bridges is not an easy task and maintaining them is even more difficult. In order to continue this process, a trans media platform is being designed on which to share part of the experiences gathered during the event, and to open new pathways of exploration and reflection on the topic. In the second semester of 2019, it is expected to open the platform to the public.