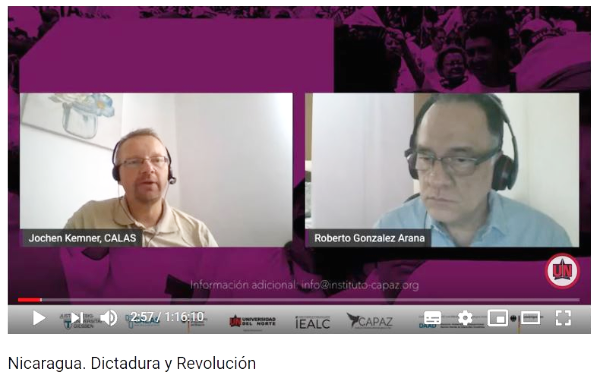 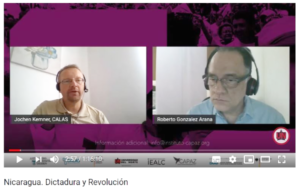 We are pleased to present a review published by CALAS on its website of the online conference entitled: “Nicaragua: Dictatorship and Revolution”, by Roberto González Arana, professor at Universidad del Norte (Colombia), as part of the  international seminar on the history and memory of violence and conflicts in Latin America. The conference took place on Tuesday, August 25, 2020 and was broadcast live on the Uninorte Académico Youtube channel.

This is how the CALAS review entitled “Dictatorship and Revolution in Nicaragua: From Somoza to Orteguismo” begins:

“For much of the 20th century, dictatorships and the revolutionary movements that sought to overthrow them were an intrinsic part of the history of many Latin American countries. A typical case is Nicaragua, a country governed for almost half a century by a dictatorial dynasty that later underwent a revolutionary process, and in which authoritarian and anti-democratic political traits have once again taken hold in recent years”.