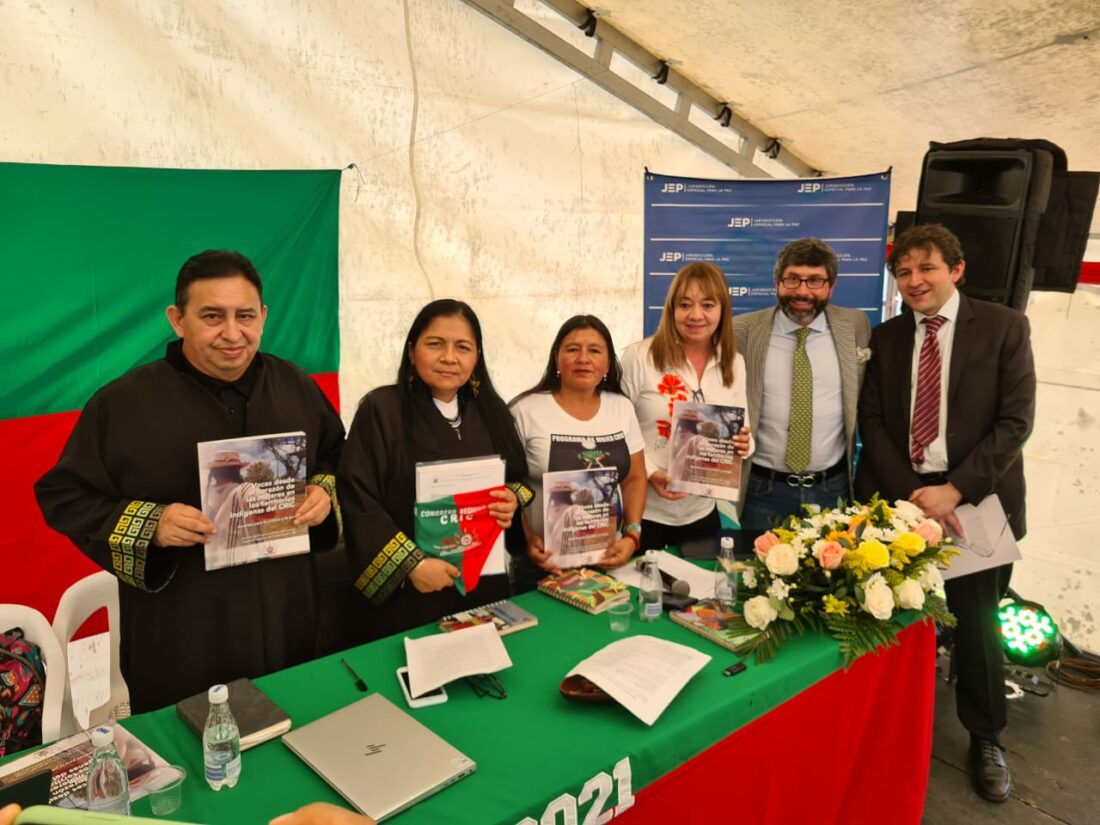 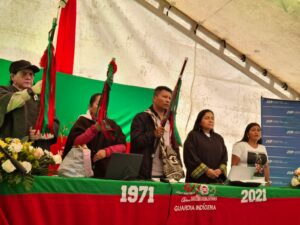 The report is called ‘Voices from the heart of women in the indigenous territories of CRIC – Contributions for justice and peace’  and was delivered in the Municipality of Popayán-Cauca in the framework of JEP case 05.

The purpose of the report was to document the events that —in the context of the armed conflict— affected the lives of Nasa women, living in indigenous territories located in the municipalities of Morales and Caldono, considered part of JEP Macro Case 005. The events that the women reported occurred between 1984 and 2016 and refer to victimising acts such as displacement, murder of family members, disappearance, sexual abuse, threats, recruitment, armed clashes, and detentions, among others. 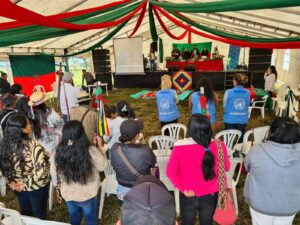 The report is divided into four parts. The first presents a context of the Sa’th Tama Kiwe and Uh Wala Vixç areas of the CRIC, specifically in the municipalities of Caldono and Morales, respectively. It addresses historical, social, and cultural elements that are key to understanding the nuances and specific elements of the victimising events, the armed actors, and the dynamics of the armed conflict.

Below are biographical accounts of twenty-one (21) Nasa women, who narrate their experiences of direct and indirect violence. Their testimonies reveal the continuum of violence and its daily occurrence. The report also gives an account of the perceptions and meanings given by the women to the events they have experienced: it addresses questions about the reasons for these events and the consequences they have had on their lives. Some of these acts of violence are committed by armed actors and refer to victimising events legally recognised as having occurred during the armed conflict.

The second part of the report describes the events that affected the lives of Nasa women based on elements of time, manner, place, alleged perpetrators, types of victimising events, and gender-based violence. These cases shape the demands for truth, justice, and reparation by Nasa women to contribute to the clarification of the events that occurred in relation to the armed conflict experienced by them, their families, and communities.

Finally, the report offers analytical elements to understand the violence and the victimising events narrated by the Nasa women and identifies some aspects related to the impacts and coping mechanisms they developed to deal with and redefine the violence. It also presents a series of requests addressed to the JEP, within the framework of its competencies, in order to guarantee conditions to move forward in attaining the judicial truth, the participation of Nasa indigenous women and their organisations, and the clarification of the events that took place in their lives during the armed conflict. 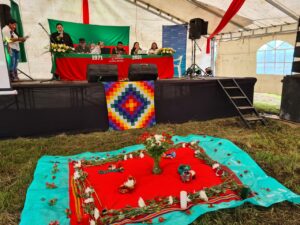 On the basis of criteria and objectives defined by the indigenous women of Cauca and ratified by the indigenous authorities, the Women’s Programme in Corinto (Cauca) was created in 1993, to improve the living conditions of the indigenous women in Cauca, and to help them contribute to the community processes and their life plan in a conscious, proactive, and active fashion. These processes were to be made visible and respected in all spaces as a way to vindicate the rights of peoples in resistance to build a balanced, harmonious, and sovereign community.

The general objective of the Women’s Programme is to strengthen women’s capacities in political, organisational, social, cultural, and economic terms, taking into account the life plan of the indigenous peoples from a comprehensive perspective and taking the Territory as a starting point to overcome the disharmonies that prevent them from living well.

The following lines of work were established to create policies and strategies for participation, equity, and harmony based on worldviews for the resistance and survival of indigenous peoples:

“This report compiles violence associated with displacement, murder of family members, disappearance, sexual abuse, threats, recruitment, armed confrontations and detentions, among others, though women’s voices” tweeted the JEP on the day of the event. 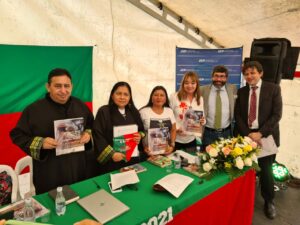 During the presentation event, Judge Belkis Izquierdo, president of the Recognition Chamber, said,

“I thank you for your courage and the trust you place in the JEP. This report will be reviewed and contrasted, and will be part of the investigations of major crimes, which is our competence”.

“We are present in the territory, because it is in the territory where the events occurred, it is the affected communities that we have to support and listen to, and that’s why we are here today”.*