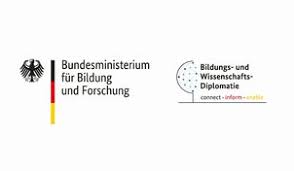 The German-Colombian Peace Institute – CAPAZ is one of the three winning projects of the “Raising the Profile of Education and Science Diplomacy” award, sponsored by the German Federal Ministry of Education and Research (Bundesministerium für Bildung und Forschung – BMBF). CAPAZ participated in the BMBF call for proposals in the second half of 2020. Having taken this significant step by being chosen by the jury, CAPAZ calls on the public to vote for the institute to receive an additional prize that will be awarded to the proposal with the highest number of votes among the three selected.

Those interested can vote online between December 7, 2020 and January 4, 2021 by clicking on the following link (in German): https://education-science-diplomacy.de/voting.php

The purpose of the award is to highlight the role of international cooperation in science and education. Through an innovative and creative communication concept developed by the selected projects, these initiatives are intended to serve as bridges to well-being and stability in a country or region. The projects will be supported by BMBF for a period of one year in their communication, education, training, and science diplomacy activities in Germany and other countries. In short, the prize identifies, highlights, and supports exemplary cases of education and science diplomacy, whose activities are widely communicated to strengthen their value in the context of international cooperation and political decisions and impact on societies. The German Federal Government has announced its strategy for the internationalisation of education, science, and research, as part of which academic and scientific diplomacy is a key component in a knowledge society, characterised by an open, globalised, and interconnected context. Science diplomacy highlights cooperation in these areas as a contribution to the stability and strengthening of multilateral relations and evidence-based policy.

Further Information on public voting is available at Kooperation-international.de (in German)