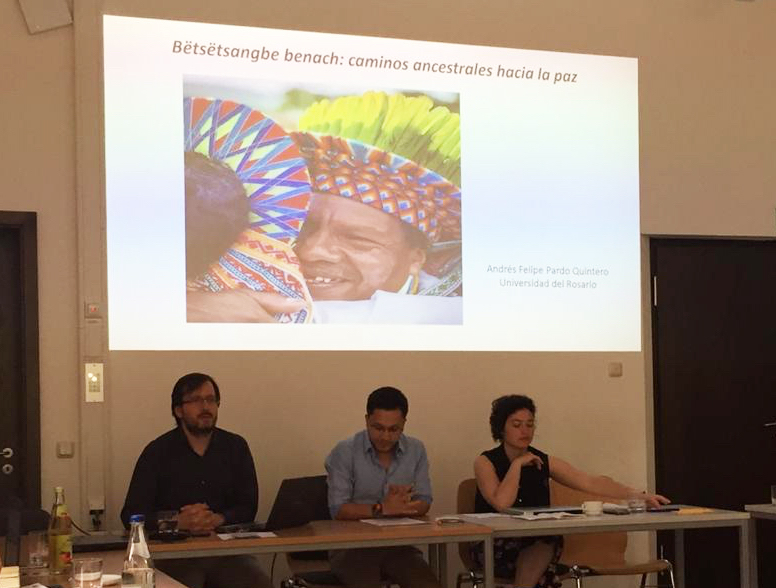 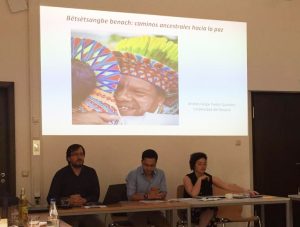 Lecture at the KU Eichstätt-Ingolstadt

In the workshop on Memory and transitional Justice in Colombia and Latin America, organised by Katholische Universität Eichstätt-Ingolstadt and CAPAZ, Juliana González presented her lecture: “Memory, social inequalities and intersectionality in the work of truth commissions”, resulting from her on-going doctoral research. In her lecture, González described the work of truth commissions in South Africa, Guatemala, and Peru in the face of social inequalities. She proposed a reflection on the potentialities and challenges of the Truth Clarification Commission (CEV) in Colombia to implement intersectional approaches in its historical analysis of the armed conflict.

In Berlin, Juliana González attended the workshop: “Commemoration and remembrance. Processes of historical memory construction and State legitimacy”, organised by CAPAZ, Freie Universität Berlin and Universidad de Medellín. Her paper: “Women’s struggles for memory in truth commissions” discussed truth commissions as state scenarios for the construction and articulation of women’s memories in societies that seek to elaborate past and present violence.

The topics discussed included the contexts of violence and repression in Latin America during the last decades and the influence that women and their social movements have had on the enforceability of women’s human rights, the duty of memory, and the transformation of a culture strongly marked by machismo and racial discrimination. Some examples cited were the Madres de la Plaza de Mayo in Argentina, the National Summit of Women and Peace in Colombia, and territorial community feminisms in Bolivia and Guatemala.

Memory and gender in the perspective of cultural studies

Also in Giessen, Juliana González visited the Graduate Centre for the Study of Culture (GCSC), where she presented a lecture as part of the biannual series of meetings (Research Network in Queer Studies, Decolonial Feminisms, and Cultural Transformations). Her talk proposed a discussion on the uses of gender and intersectionality in different contexts and their possibilities in the face of achieving feminist transformations.

By invitation of the GCSC working group on memory, Juliana González participated in various debates on the role of memory and education for human rights in contexts of political transition, on the occasion of Professor Andre Keet’s visit to Giessen from Nelson Mandela University in South Africa.