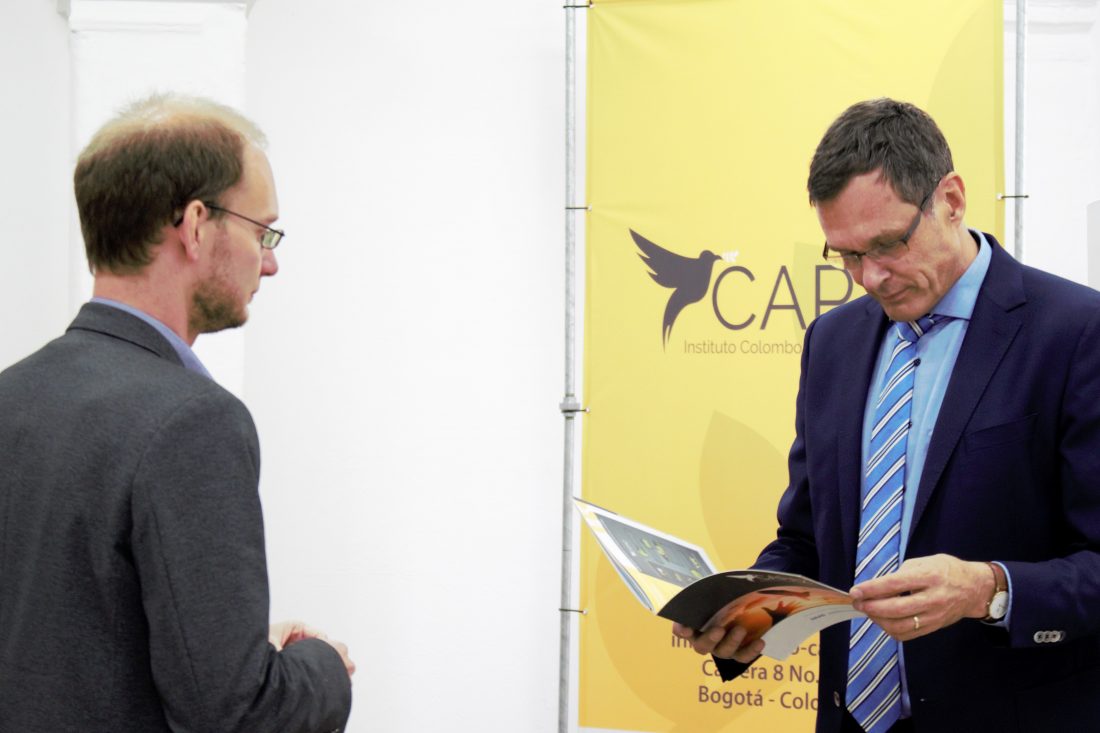 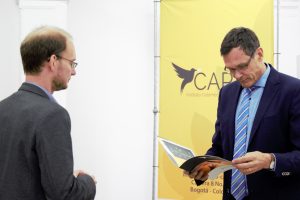 Dr. Ptassek (on the right) got to know the work of CAPAZ better./Photo: Claudia Maya

The ambassador met with CAPAZ’ Academic Director, Prof. Dr. Stefan Peters to talk about CAPAZ, the perspectives for its work in Colombia’s regions, and the support of the German Government to the peace building initiatives promoted by the Institute.

Dr. Ptassek came to CAPAZ with four representatives from the German Embassy in Bogotá, his wife, and one of his four children. Despite the Colombian capital’s chilly temperatures, the delegation toured through Claustro de San Agustín –the CAPAZ headquarters in Bogotá-, admiring its architecture.

Since he began working for the German senior diplomatic service in 1993, Dr. Ptassek has served as the German government representative in missions to Afghanistan, Paris, and Moscow; the Directorate-General for the Ministry of Foreign Affairs of the Federal Republic of Germany; and as advisory member to the President of the European Commission, Romano Prodi in Brussels.

Peter Ptassek was born on November 1, 1961 in Gelsenkirchen.  He studied philosophy, German studies and the science of literature, and has a doctorate in philosophy. He is married and has four children.

Click here to see the video of the newly appointed Ambassador, including his visit to the CAPAZ Institute (provided by the German Embassy in Bogotá).