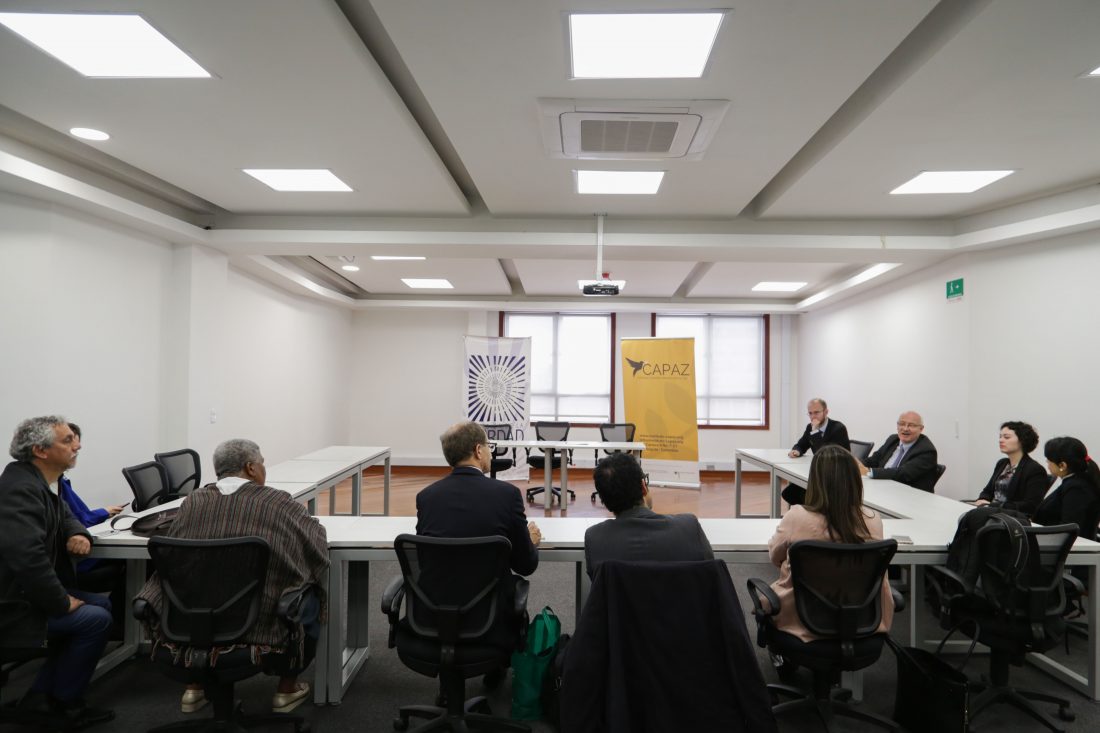 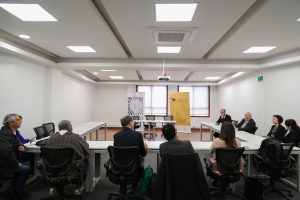 The German-Colombian Peace Institute – CAPAZ and the Commission for the Clarification of Truth, Coexistence and Non-Repetition (CEV) in Colombia signed a letter of understanding, with which both institutions seek to promote joint research concerning the objective of the CEV’s mandate.

CAPAZ and the CEV also plan to hold events to discuss issues relevant to the CEV, locate interns in the CEV lines of research, and support the documentation of cases of human rights violations in the framework of and during the armed conflict, through the universities and institutes of the CAPAZ consortium.

Prof. Dr. Stefan Peters, Academic Director of CAPAZ and Mauricio Katz, Executive Secretary of the CEV signed the document on June 14, 2019 at the new facilities of the Commission in Bogotá. The event was attended, on behalf of the CEV, by Commissioner Ángela Salazar, the Director of Research, Dr. Carlos Mario Perea and the Advisor to the Presidency of the Commission, María Paula Prada. 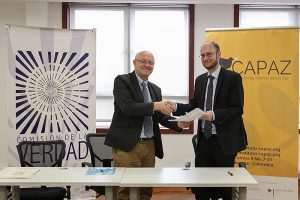 Mauricio Katz (left) and Stefan Peters, during the signing of the Letter of Understanding. Photo: CEV

The letter of understanding formalizes a relationship that the CAPAZ Institute and the Truth Commission have been building since 2018, when the CEV was created. In the words of Prof. Dr. Peters, this relationship has materialized in diplomatic and academic events organized by CAPAZ, in which the President of the CEV, Father Francisco de Roux, as well as a number of commissioners have participated.

Additionally, the CAPAZ Institute supports the work of the Truth Commission through the participation of the CAPAZ Science Collaborator, Juliana González Villamizar, as a researcher in the CEV’s technical gender roundtable. 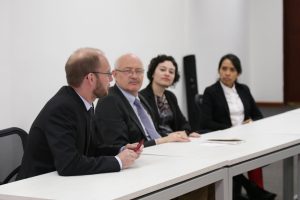 The formalization of cooperation with the CEV adds to previous efforts to strengthen ties with the institutions of the Comprehensive System of Truth, Justice, Reparation and Non-Repetition, such as the cooperation agreement reached by CAPAZ with the Special Jurisdiction for Peace (JEP) and the Centre for the Study of Latin American Criminal Law and Criminal Procedure (CEDPAL) at the University of Göttingen, which was signed in April 2019 in Bogotá in the presence of the German Minister of Foreign Affairs, Heiko Maas, during his official visit to Colombia.