Joint statement CAPAZ and MAPP/OAS: Victims’ organisations from Antioquia, Arauca, and Cauca presented their reports on sexual violence before the JEP 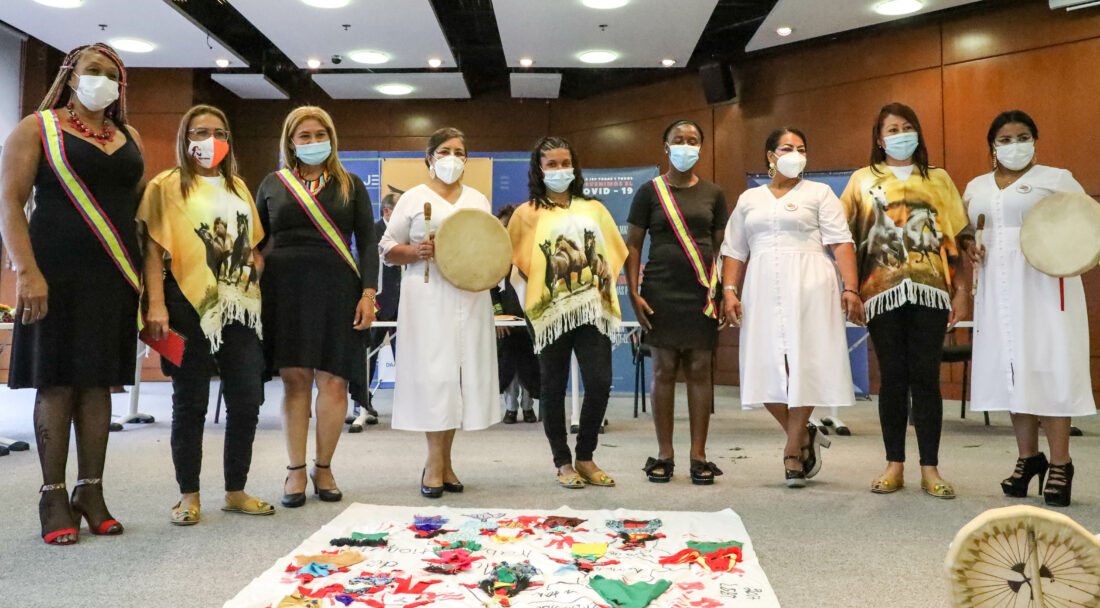 Joint statement CAPAZ and MAPP/OAS: Victims’ organisations from Antioquia, Arauca, and Cauca presented their reports on sexual violence before the JEP

Victims’ organisations from Antioquia, Arauca, and Cauca presented their reports on sexual violence before the JEP

Bogotá, June 8, 2021. Earlier today, the organizations listed below, presented their reports to the Special Jurisdiction for Peace (JEP): Asociación Mujeres del Plantón, Organización de Hombres y Mujeres Víctimas del Conflicto Armado, and Mujeres Tamboreras. The cases concerned serious acts of sexual violence that occurred in the context of the armed conflict in their territories, and the processes were supported by CAPAZ and the Mission to Support the Peace Process in Colombia (MAPP/OAS).

For over a year and despite the difficulties imposed by Covid-19, survivors of sexual violence in Antioquia, Arauca, and Cauca worked to gain access to transitional justice by documenting the crimes of which they were victims because of their gender, with a view to taking action for the effective enjoyment of their rights.

The report submitted by the Asociación Mujeres del Plantón is entitled “Anturio de la memoria” (Anthurium of memory). Supported by MAPP/OAS and CAPAZ, the organisation presented its first oral report to the JEP in 2018, and made progress in the production of the written report through workshops, dialogues, and online interviews. The report documents 455 records of people who have been victims of violence in the Colombian region Urabá Antioqueño. 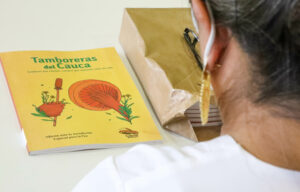 With the joint support of CAPAZ and MAPP/OAS, the Organización de Hombres y Mujeres Víctimas del Conflicto Armado presented the “Informe por la justicia y los derechos de las mujeres valientes del municipio de Saravena (Arauca)” (Report for justice and the rights of the brave women of the municipality of Saravena (Arauca), which covers a period of 38 years, from 1980 to 2018, and which was based on 66 oral and written accounts. This organisation works for the defence and vindication of the human rights of the victims of the armed conflict, with special emphasis on women, girls, and teenage women.

CAPAZ supported the Mujeres Tamboreras organisation in the presentation of its report entitled “Tambores que claman, cuerpos que expresan, hilos de vida” (Drums that cry out, bodies that express, threads of life). The document includes 23 cases of violence by armed groups, mainly FARC-EP, which occurred in rural areas of Cauca, but also in Huila, Putumayo, and Antioquia, and is intended to reconstruct the forms, temporalities, places and information available on the perpetrators, both collective and individual, and to contribute to the search for the truth.

Daniel Millares, coordinator of the Area of Justice at MAPP/OAS points out that “the effective participation of victims in transitional justice provides an opportunity for the country to learn about, punish and redress crimes such as sexual violence that tend to remain hidden and go unpunished. It is for this reason that MAPP/OAS has and continues to support different victims’ organisations, directly in the territories, so that they can access and advance in the preparation of their reports”. 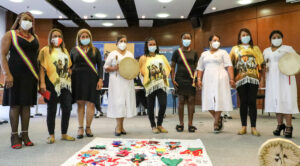 CAPAZ Director, Prof. Dr. Stefan Peters commented that transitional Justice is making headway in Colombia and today’s submission of the victims organisations’ reports is key in putting these horrific crimes of sexual violence at the heart of the work of the JEP. “We are honoured to have been able to accompany this important peacebuilding process”.

During the event, involving the participation of victims’ organisations, the JEP, the German Embassy in Colombia, the MAPP/OAS, along with CAPAZ, the women handed over their reports in a symbolic act in which they acknowledged the importance of raising their voices and reiterated their commitment to peace in Colombia.

The German-Colombian Peace Institute (CAPAZ) was conceived on the basis of scientific diplomacy as a meeting point for academia, politics and civil society. CAPAZ is funded by the German Academic Exchange Service (DAAD) with resources granted by the German Federal Foreign Office and it strives to contribute to the peace process and the establishment of peace in Colombia through research and exchange in peace and conflict studies. CAPAZ has been a DAAD “Centre of Excellence in Research and Teaching” since 2019.

Mission to Support the Peace Process in Colombia (MAPP/OAS)

The OAS Mission to Support the Peace Process in Colombia (MAPP/OAS) monitors and accompanies peace policies, processes, and initiatives directly in the territories most affected by armed conflict, criminality and inequality.  Since 2004, MAPP/OAS has maintained permanent and close contact with communities and institutions in order to raise awareness and issue recommendations regarding the dynamics that represent advances, challenges, and threats to peacebuilding.