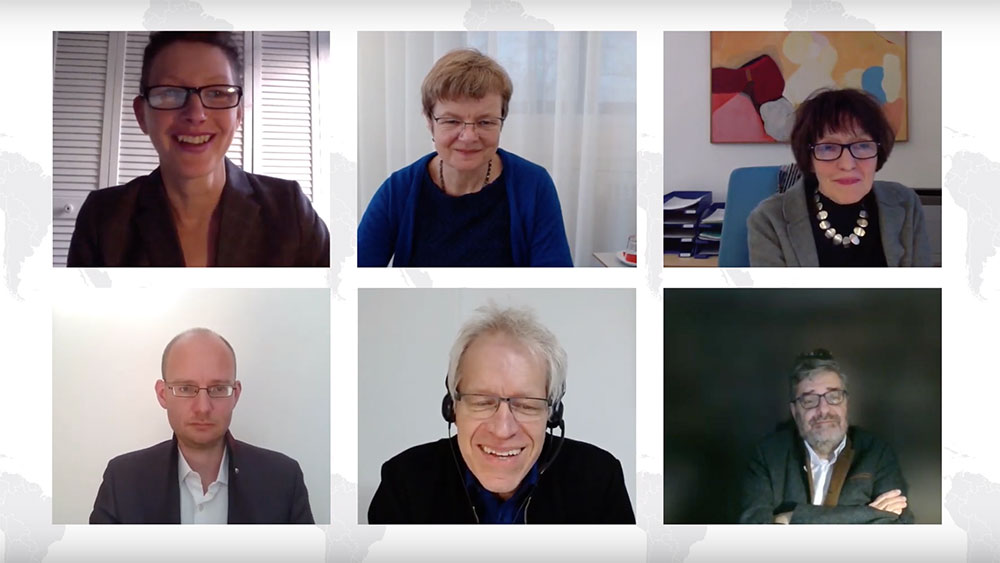 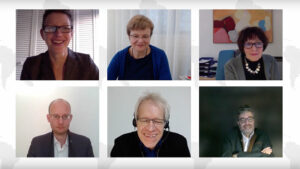 At the end of 2021, the DAAD Centre of Excellence for International Scientific Cooperation (KIWi) and the German Rectors’ Conference (HRK), hosted an online event where academics and researchers from the education sector discussed the importance of maintaining and promoting cooperation between Latin America and Germany in terms of education and project funding especially at times like these.

Read the full comuniqué (in German).

CAPAZ joined the discussion through the participation of our academic director, Prof. Dr. Stefan Peters. who explained that for the CAPAZ Institute, which is supported by the DAAD with funding from the Ministry of Foreign Affairs (AA), “We must remain genuinely present on the ground and not withdraw. Science often opens spaces in tense situations, even when they may already be closed to other actors”, asserted Peters, referring to the importance of research in projects related to peace studies, transitional justice and the construction of memory.

On the other hand, the discussion also considered the idea that, due to the current situation in many Latin American countries, the conditions for educational, research, and academic cooperation between German and Latin American universities are becoming increasingly difficult. The academic world’s view of Latin America is currently quite worrying: in important academic partner countries, authoritarian governments threaten academic freedom, ongoing social protests and unstable economic systems also affect the higher education sector. Moreover, the Covid-19 pandemic is affecting the subcontinent in a particular way. “However, especially under difficult conditions, it is above all universities and research institutions that promote universal values such as freedom, participation and the pursuit of knowledge“, said DAAD President Prof. Dr. Joybrato Mukherjee.

The issue of funding and budgeting was also discussed, emphasising the need to make funding models 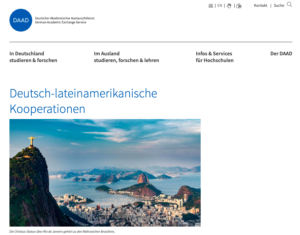 more flexible, with Prof. Dr. Ute Clement, president of the University of Kassel and representative of one of the institutions forming the BMBF-funded Centre for Advanced Latin American Studies (CALAS), stating: “Due to the situation in Latin America and, above all, its economic development, there has been a certain asymmetry in funding“.

In this regard, Prof. Dr. Bert Hoffmann, head of the GIGA office in Berlin, added that “this also includes considering whether it is possible to co-finance legal assistance for colleagues in the field if they are threatened with losing their jobs or even have to leave the country. There is a net that will catch you if you go off the deep end, that should be shown from the German side“. Hoffmann is currently working as a political scientist at the interdisciplinary German-Latin American Centre of Infection & Epidemiology Research & Training (GLACIER), which has been funded by the DAAD since 2021.

The event was also attended by the Federal Foreign Office (AA) and the Federal Ministry of Education and Research (BMBF) as lead ministries, together with the Alliance of Scientific Organisations, who also discussed German scientific relations with Latin America.