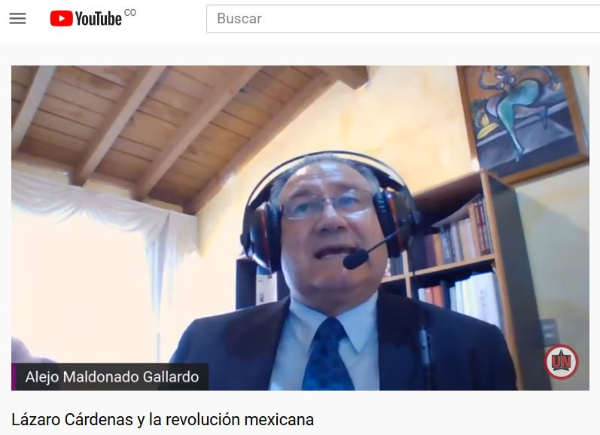 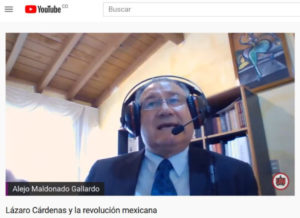 “Lázaro Cárdenas, Mexican President between 1934 and 1940, is one of the most studied political figures in this country on account of the important agrarian, labour, and social reforms that occurred during his term of office. However, a relationship that is rarely mentioned when talking about the figure is the important influence that the Mexican revolution, of which he was an active part, had on his outlook once he came to power. This was the subject of the most recent lecture at the international seminar on history and memory of violence and conflicts in Latin America, organised by Universidad del Norte together with CAPAZ, the CALAS Centre, and the Justus Liebig University Giessen. The guest speaker was Alejo Maldonado from Universidad Michoacana de San Nicolás de Hidalgo, who focused his talk on the life of Cárdenas before the presidency and how the context shaped him and made him the leader who brought about important changes to his country”.

So begins the review of Mexican historian Alejo Maldonado‘s lecture, published on the Universidad del Norte news portal. The event was held on Tuesday, September 15, 2020 and was broadcast on the Uninorte Académico Youtube channel.