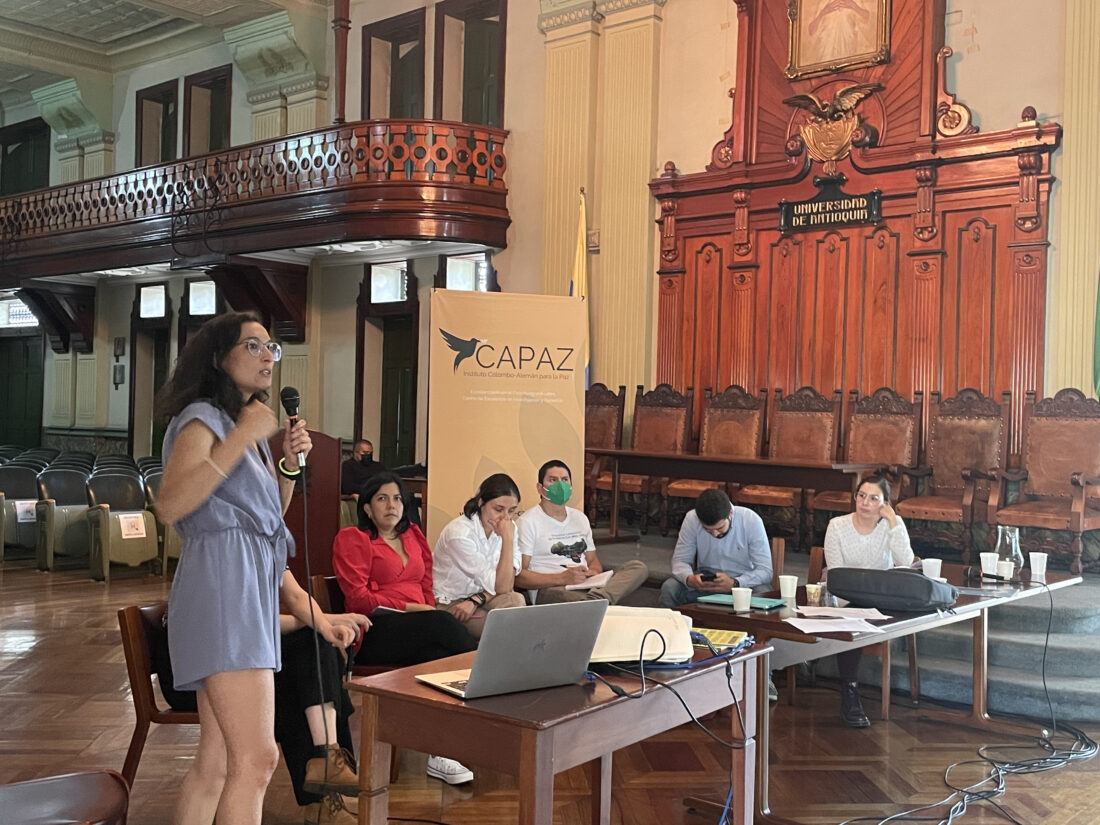 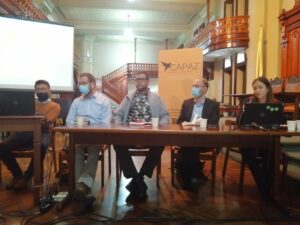 The Reform of the Security Sector in the Post-Accord conference, organised by CAPAZ in partnership with Universidad de Antioquia, was held on April 19 and 20, 2022. Security experts discussed the challenges faced by the security sector in terms of gender, rural context, social protest, and police reform on different panels over the course of two days.

The first panel of the day laid the groundwork for the rest of the conversation, as the panelists made a very comprehensive analysis of the current security situation in the country. This panel included Yohn Medina from the UN Verification Mission in Colombia, Luis Trejos from the Universidad del Norte and Kyle Johnson from the Conflict Responses Foundation – CORE. 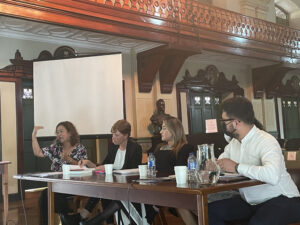 On the “Social Protest and Human Rights Protection” panel, Laura Sofía Forero from Dejusticia and Alejandro Lanz from the NGO Temblores analysed the recommendations of the IACHR in the context of the 2021 National Strike. They also discussed the work they do from within their organisations to protect human rights in contexts of social protests. Luis Carlos Agudelo, frontline member from Cali, was part of this same panel.

Later, Jenny Pearce from the London School of Economics, Andrés Felipe Ortega from Universidad Nacional de Colombia, and Viviana García from GIGA shared their reflections in the “International experiences and lessons learned” panel. These experts compared security sector reform processes in countries such as Brazil, El Salvador, and Colombia. 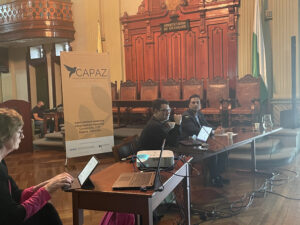 We also had a very interesting exchange of experiences on the second day. In the panel on security sector reform with a gender perspective, for example, Laura Masson explained how gender policy has been implemented in the Argentine militias; CAPAZ’ Indira Murillo reflected on her experience in working with women on peacebuilding issues; while Flor Díaz from Corporación Humanas and Karen Pineda from the Ministry of Defense exchanged reflections on what it means to implement a gender approach in their respective institutions. 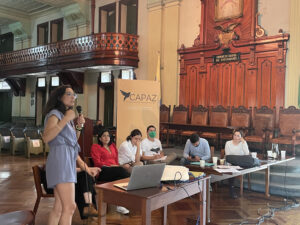 The largest panel of the congress was on “Conflicts in rural areas”. Participants included Ana Jimena Bautista from Dejustica, Estefanía Ciro from A la Orilla del Río, Carlos Hoyos and Laura Henao from USIP, Juan Pablo Soler from Ríos Vivos, and Martha Carvajalino from the Attorney General’s Office.

The last two panels dealt with the topic of how to democratize the security sector and what urban security management looks like in this area. The participants were Yanilda González from Harvard University, Julián Muñóz and Leyder Perdomo from Universidad de Antioquia and Sabine Kurtenbach from GIGA. Hugo Acero, former Secretary of Security in Bogota, Jerónimo Castillo of the FIP, and Leonor Méndez of the Cali Planning Secretariat shared their experiences on working in cities for citizen security.