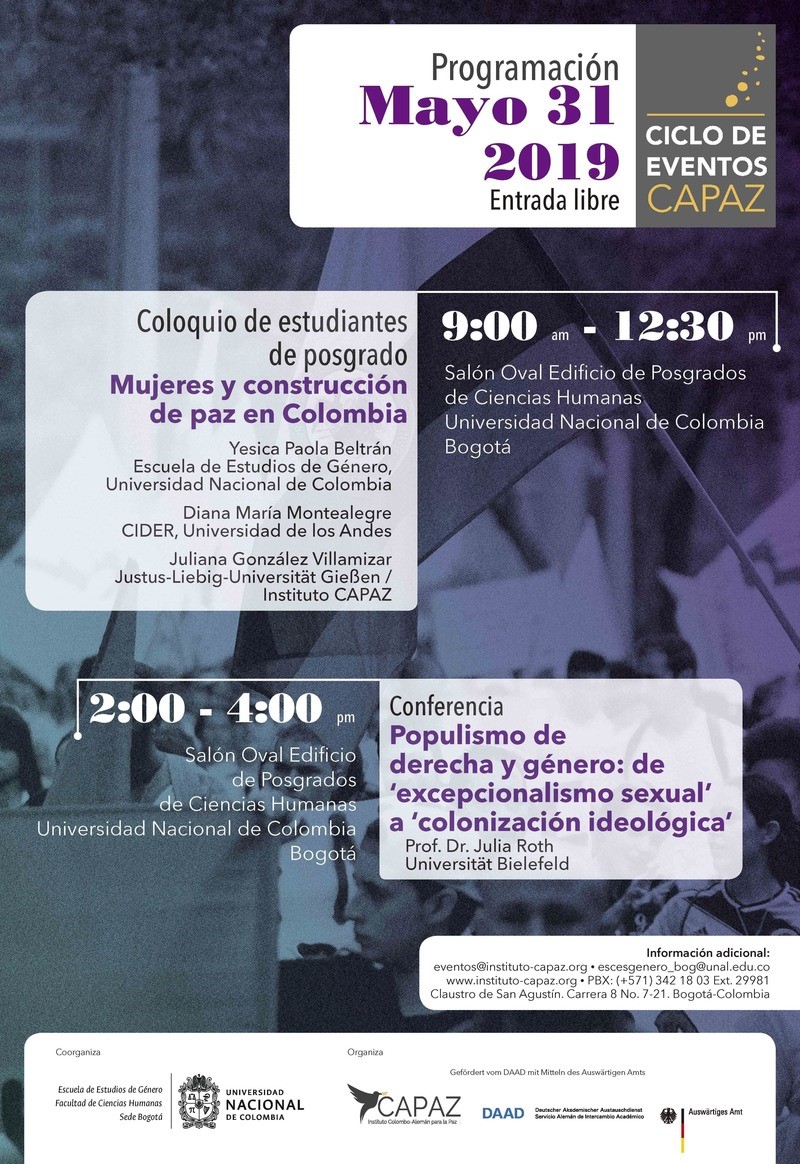 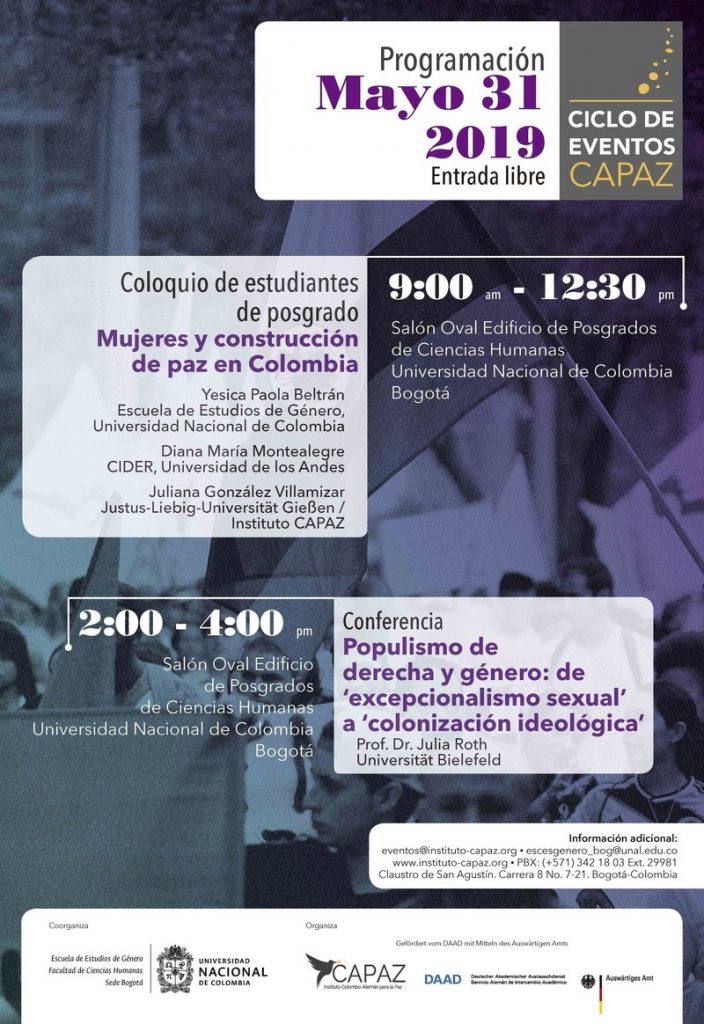 The German-Colombian Peace Institute – CAPAZ, in partnership with the Geender School at Universidad Nacional de Colombia, is hosting an academic event to be held on May 31, 2019, on the topics of gender, right-wing populism, and peace in Colombia.

“Women and Peacebuilding in Colombia”

“Right-wing populism and gender: from ‘sexual exceptionalism’ to ‘ideological colonization'”.

Both events are for free and will be held in the Salón Oval in the Posgrados de Ciencias Humanas building at the Universidad Nacional de Colombia in Bogotá.

In Colombia, struggles to claim the rights of women and LGBTI people have been affected, as in other Latin American countries, by the discourse around the so-called “gender ideology”.

With this expression, the discourse refers to the feminist and gender theories developed in recent decades, as well as to the movements of women and sexual minorities, as threats to the family and traditional values and thus promulgating homophobic, transphobic and opposition to women’s sexual and reproductive rights.

In our country, the discourse on the “ideology of gender” became popular in the framework of the endorsement of the peace agreements signed with the FARC-EP. In effect, pointing out the inclusion of LGBT people in the agreements as the work of the “gender ideology” provoked a campaign of rejection that considerably influenced the victory of the “No” vote by a small margin.

Today, discourse continues to permeate the public sphere and threatens to limit the transformative work that the transitional justice instruments stipulated in the peace agreement have envisioned with the inclusion of differential approaches to fulfilling the rights of women and LGBTI people to truth, justice, reparation and non-repetition.

In this discussion, we will have the participation of Professor Dr. Julia Roth from the University of Bielefeld, Germany, an expert in gender studies and right-wing populism, with whom we will discuss the nature and impacts of populism based on the limitation of the rights of women and sexual minorities in Latin America. The conference will be preceded by a colloquium of graduate students whose research revolves around the role of women and their movements in a context of political transition marked by the stigmatization of their struggles.