La Lupa: violence and political orders in the post-agreement period 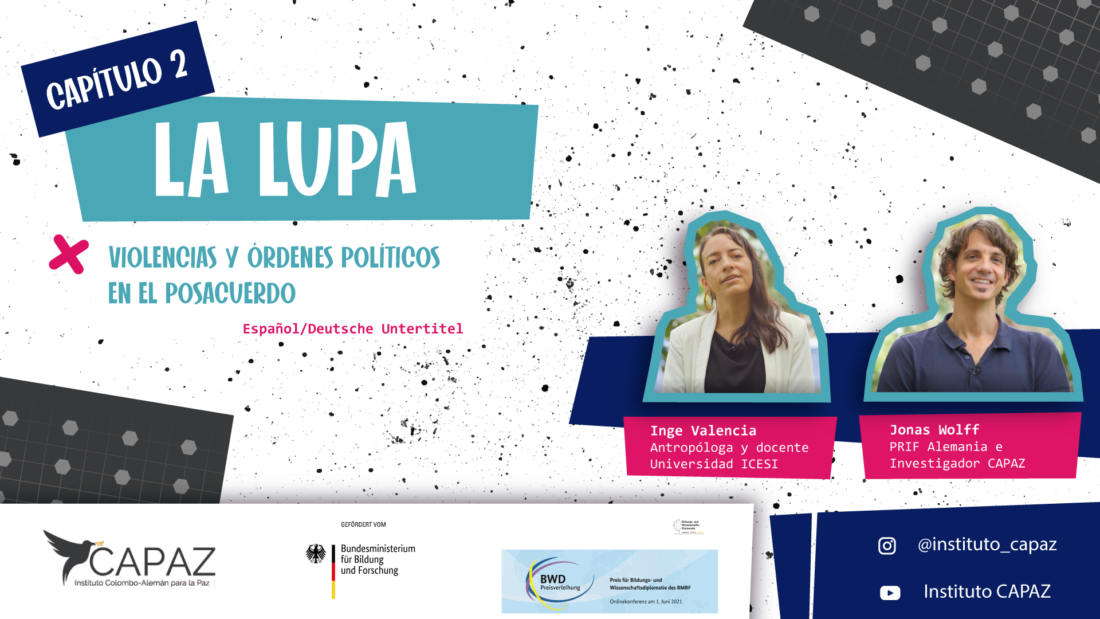 La Lupa: violence and political orders in the post-agreement period

As part of our Education and Science Diplomacy project, we are launching the second episode of La Lupa, the project’s third web-based video series. Each episode will provide a brief and thought-provoking look at research topics related to peace in Colombia.

Inge Valencia (Universidad ICESI) and Jonas Wolff (PRIF Germany and CAPAZ researcher) present their recent publication and invite us to read it. This research team tells us about the findings of their work which focus on understanding the dynamics of violence against social leaders in the post-agreement context.

Their publication is called “Violence and political orders in the post-agreement period”. In it, they explain and analyse the way in which violence has affected people and organisations that exercise leadership in their communities after the signing of the agreements. Researchers from the following four institutions were involved in the research: Universidad ICESI, CAPAZ, Fescol, and PRIF.

The researchers also make their debut in front of the camera and, in a few simple words, tell the audience about their work, findings, and collaborations.

One thing that anthropologist Valencia and German researcher Wolff emphasise is that their research does not remain in the academic context, but has also consisted of work that involves the communities which experience the daily anxiety of violence and the threat to their leaders.

In the web series La Lupa, the researchers also make their debut in front of the camera and, in a few simple words, tell the audience about their work, findings, and collaborations.

All episodes of this and the other web-video series included in the project are in Spanish with German subtitles.

Click here to see the first chapter of the series on biocultural rights in Colombia.

Join us to watch the episodes and read about the research!