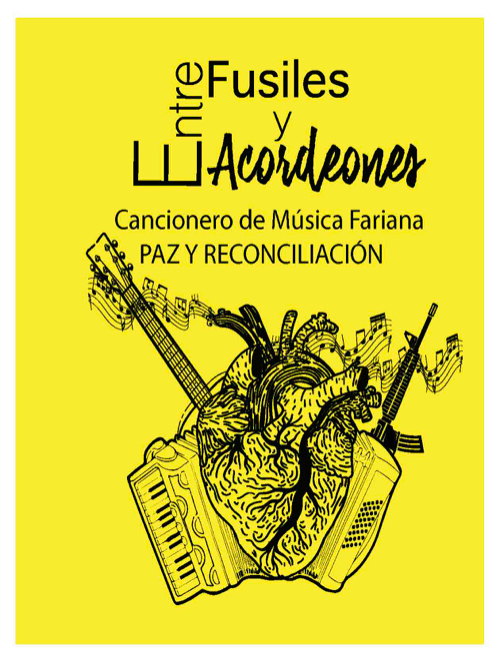 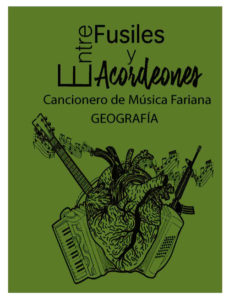 “Entre fusiles y acordeones: cancionero de música fariana” (Among shotguns and accordions: Fariana music songbook) is the title given to a series of three songbooks published in August 2019, as part of a CAPAZ-supported research project which examined musical production of the FARC-EP guerrilla.

The three songbooks were published thanks to the support of the CAPAZ Institute and the Cooperativa Multiactiva de Artistas del Común (COOMUNARTE), which gathers and promotes the work of artists who are in the process of being reintegrated into civil society.

Guided by the concept of art and culture as agents for collective peacebuilding, the songbooks were published with the firm conviction that it is necessary to recognise the broad and regionally diverse artistic production of the former guerrillas as part of Colombia’s national sound heritage. “We proved the effectiveness of music as a pedagogical tool through which to talk about the history of the armed conflict and move towards reconciliation”, said Rafael Camilo Quishpe, the project’s Science Director.

The Farian music production presented here is compiled in three booklets. The first is entitled “Geografía” or Geography, which recognises the knowledge of the members of the FARC-EP guerrilla group of the physical, human and political geography of Colombia. This songbook is an invitation to imagine the places where the guerrilla operated, the specific social groups of each region and the subsequent political challenges that are evident there. 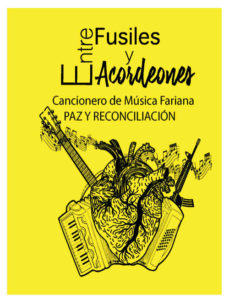 Peace and Reconciliation is the title of the second booklet, which shows the recurrence of both themes throughout the history of the organisation. It was interesting to see how these themes are projected in the cultural production of the FARC-EP and how these discourses are combined with the ideological bases that have structured their armed struggle.

The songbook “Vida cotidiana” (Daily life) uses music to show the sound images of everyday life in the guerrilla group. Three aspects of daily life are presented: interpersonal relationships; activities and objects typical of insurgent life; and the celebration of special dates. The dialogue of the ex-combatants’ own regional and peasant customs was also recorded.

In a special section, each songbook brings together the testimonials of teachers, students, ex-combatants and FARC party members about their role in putting together the songbook. Rafael Camilo Quishpe confirms: “We firmly believe that the active involvement of ex-combatants in research projects contributes to overcoming the epistemic extractivism that has long permeated academic exercises, where the populations only participate in the information-gathering phase (contributing their testimonials to the researchers) but are not involved in any way in the academic, technical and even budgetary decisions regarding the projects”.

(CAPAZ publishes the songbooks and audiovisual resources, by authorisation of the authors of the project).