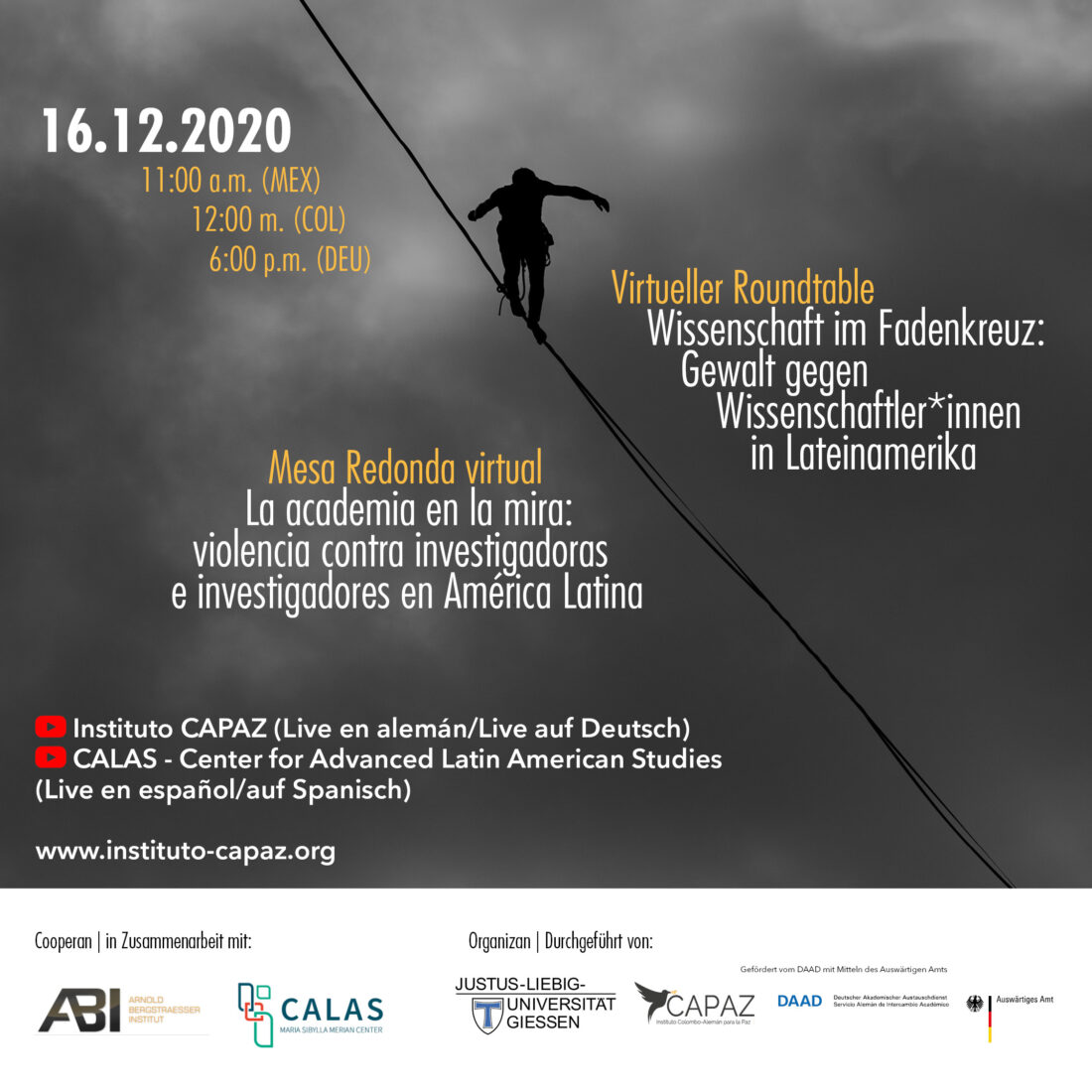 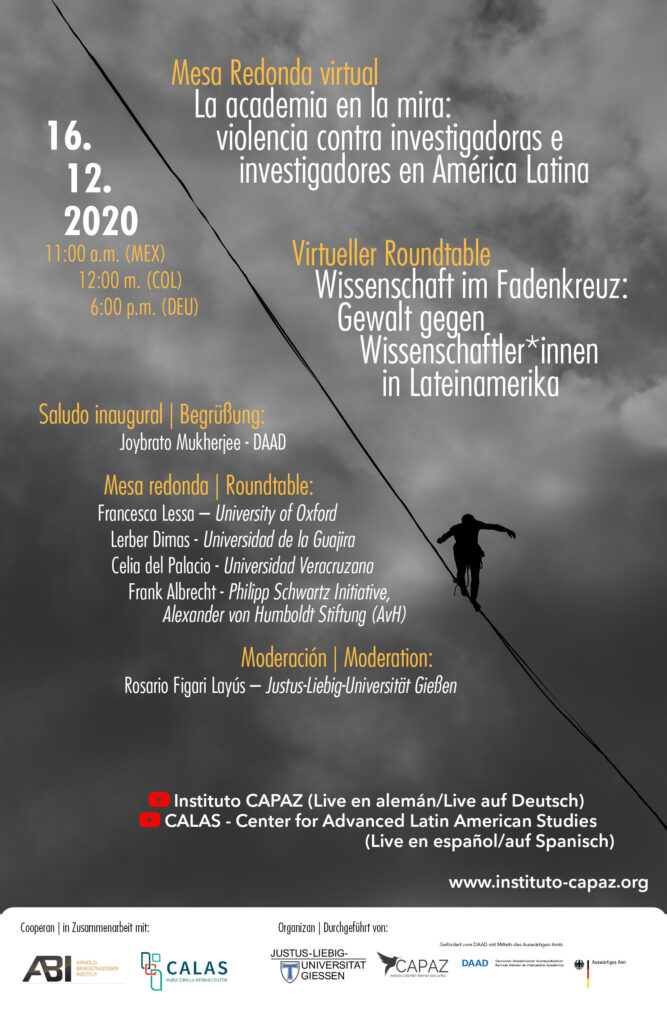 The most recent CAPAZ online academic event will deal with a subject that is always current, critical, and has complex implications for academia. “La academia en la mira: violencia contra investigadoras e investigadores en América Latina” (Academia in the spotlight: violence against researchers in Latin America) is the title of the roundtable to be held on Wednesday, December 16, 2020 at 12:00 m. (Colombia time), 6:00 p.m. (German time).

The event is open to the public and available via the YouTube channels: CAPAZ (transmission in German) and CALAS – Centre for Advanced Latin American Studies (transmission in Spanish). Simultaneous interpreting will be available for those who require it.

The meeting will address the problem of risks in academic work, through an analysis of the dynamics of violence and its consequences for academia in Latin America. The reactions of universities and research institutions to this situation will be examined, as well as possible instruments designed to improve the support available for researchers at risk.

Download the factsheet of the event (.pdf, Spnisch and German)

Academic work has become increasingly risky in recent years. Suffering threats and living in risky situations is no longer an exception in undertaking critical academic work in Latin America. Rather, it tends to be the rule. Researchers and academics have become another vulnerable group, exposed to harassment, ranging from public defamation in the press, verbal and physical threats, searches of their offices and confiscation of equipment, to arrest, kidnapping or murder in extreme cases. Despite this visible reality, there does not yet seem to be a clear awareness of the seriousness of this situation. Those working in academia are often not perceived as being at risk, as other civil society actors active in the defence of human rights clearly are. This situation complicates and restricts research work in a number of ways. It is clear that these attacks are related to the topics they investigate or to the teaching and publishing activities they carry out. While the issues that are attacked form a broad spectrum, some are considered particularly “uncomfortable”, “inconvenient” or even “dangerous” for those who carry out the attacks. These include investigations into human rights violations and the responsibility of state, corporate and other non-state actors, such as paramilitary groups and criminal gangs. There is also a risk in investigating transitional justice, mega-projects, extractivism and its socio-environmental impact, inequality and poverty, indigenous peoples’ rights, and sexual and gender-based violence. In this context, universities, research institutions and foundations can play a key role in supporting researchers at risk. The roundtable is organised by CAPAZ and Justus Liebig University Giessen, in cooperation with the Centro Maria Sibylla Merian Centre for Advanced Latin American Studies (CALAS) and the Arnold-Bergstraesser-Institut (ABI).