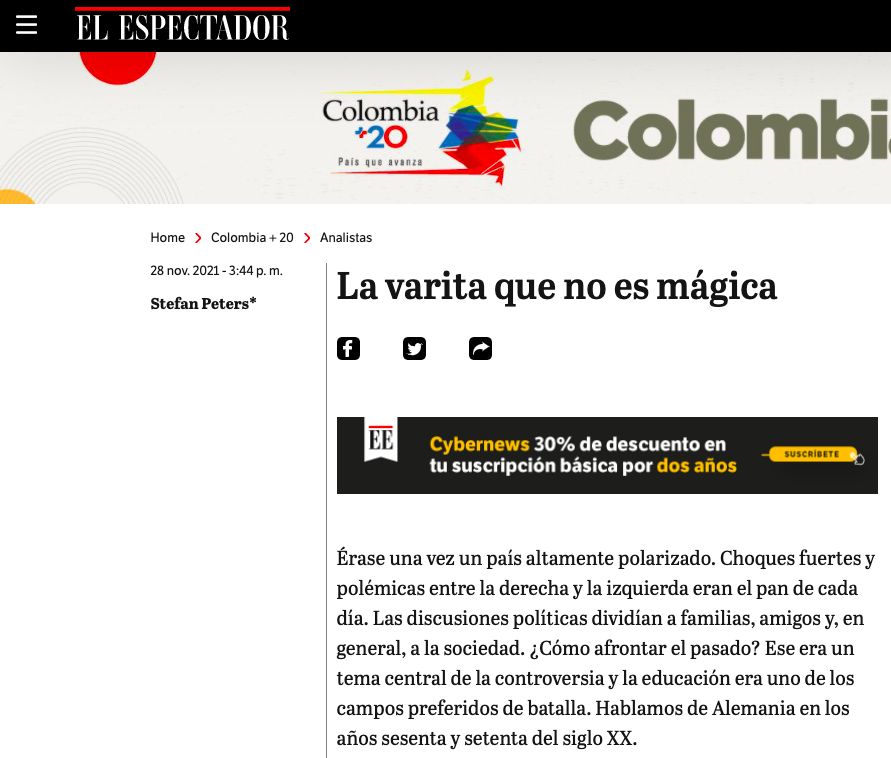 CAPAZ is producing a series of audio-visual products as part of our Education and Science Diplomacy Project, which was granted an award by the German Federal Ministry of Education, as one of the three most successful experiences in science diplomacy. We already launched the first part of our video series Vox Populi, and we published a column on the German elections and one on nature as a victim of the Colombian armed conflict. We would now like to invite you to read our third column, written by CAPAZ Academic Director, Stefan Peters.

We would also like to extend a very special invitation to our Mambe Festival (Caquetá), also part of our Education and Science Diplomacy Project. 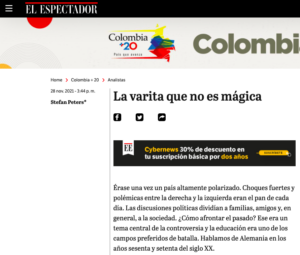 CAPAZ Academic Director, Stefan Peters explores political and citizenship education in Colombia and, based on the Beutelsbach Consensus, his journey into Germany’s recent past raises three key issues for democracy and a possible peaceful society.

“Education remains fundamental to strengthening democracy, building peace, and moving towards social and sustainable development. Good political education can make a difference and increase resilience against authoritarian and discriminatory positions. For this to happen, those of us who want to strengthen democracy need to agree on certain basic principles, and thus to present and discuss diverse perspectives” said Dr. Peters.

CAPAZ supports the Mambe Festival through its Education and Science Diplomacy Project, together with the German Embassy in Colombia, Colombia Connect, and the German cooperation agency GIZ.

The festival will run from November 30 to December 4, 2021 in Florencia, Caquetá, and will feature a programme of events, screenings and tours of the city focusing on the environment, surroundings, peace, and audio-visuals. 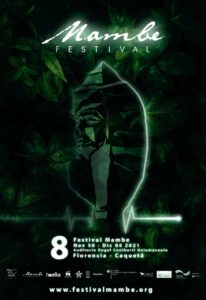 Its director, Fabio Valderrama, is the special guest in the introductory video of the series Entre nos, one of our project’s audio-visual projects. Don’t miss it!

CAPAZ activities at the festival include the following:

Thursday, December 2: Workshop on medicinal plants, by Major Raul Perdomo, at 3:00pm. This meeting is part of the ColombiaCONNECT project that we support.

Thursday, December 2: Workshop with Wolfgang Fuhrmann, associate professor at the University of Giessen and the University of Weimar. This event is also part of an alliance with the German Embassy in Colombia.

Check out the full programme on our Instagram page

Read, share, and disseminate the contents and events of the Education and Science Diplomacy Project among your contacts, and on your platforms and social networks.