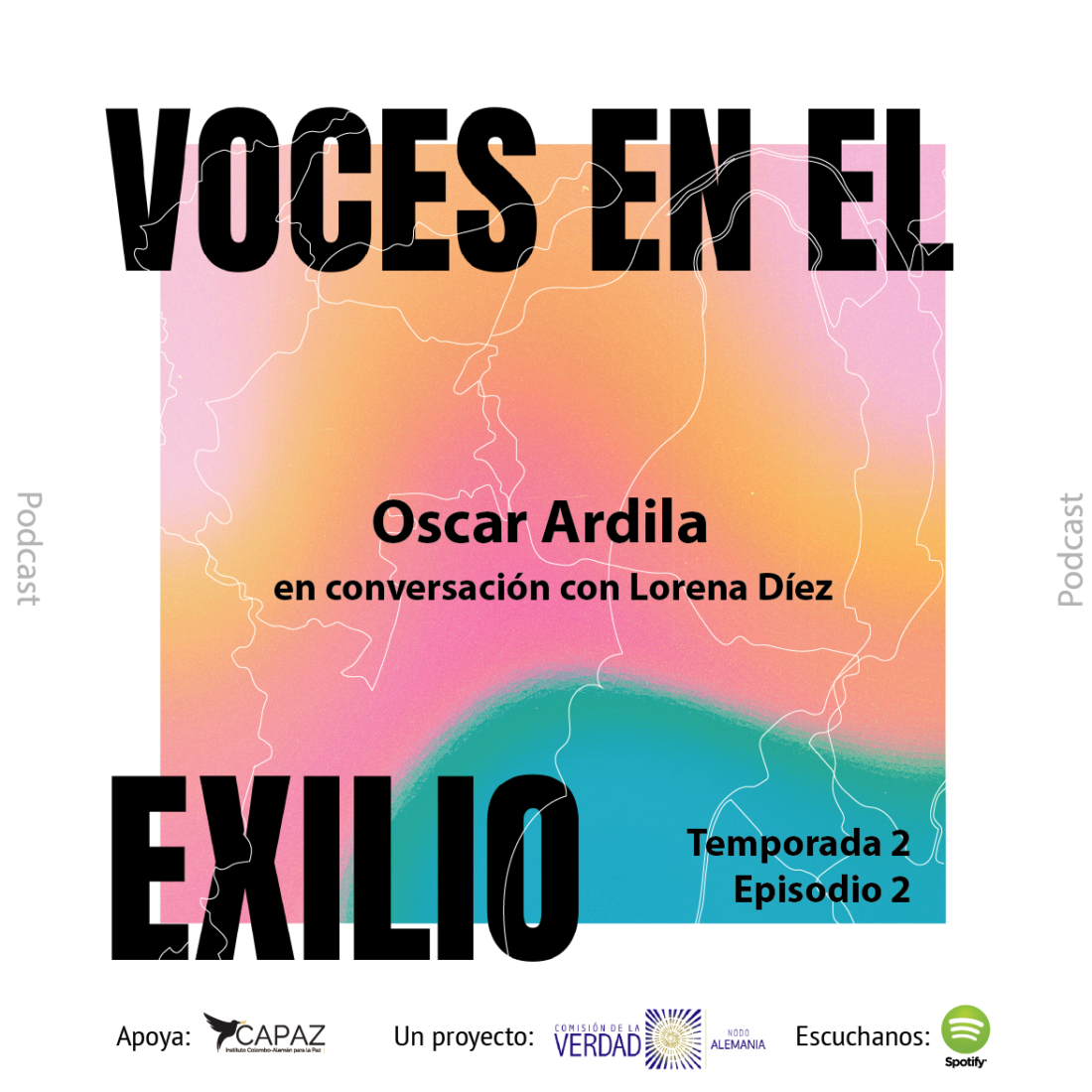 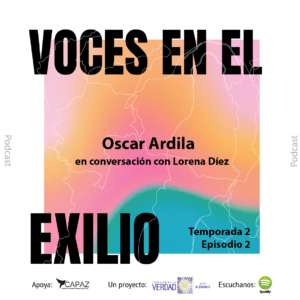 The second season of the “Voices in Exile” podcast is dedicated to Colombians from the art world living in Germany. In the second episode, Lorena Díez talks with Oscar Ardila, independent curator and art historian, author of several publications on contemporary Colombian art, the culture of memory and art in the public space.

Oscar Ardila has been living in Berlin since 2007, where he has been involved in cultural exchange projects between Colombia and Germany. In this second instalment, he talks about his experiences in relation to the culture of memory.

You can listen to this and other episodes of “Voices in Exile” on your favourite platform: Spotify, Apple Podcasts, Anchor, and others!

Spotify / Anchor (both episodes in Spanish)

Nodo Alemania is the CAPAZ supported German group working with the Truth Commission in Colombia whose mandate is backed by around fourteen groups in Europe.