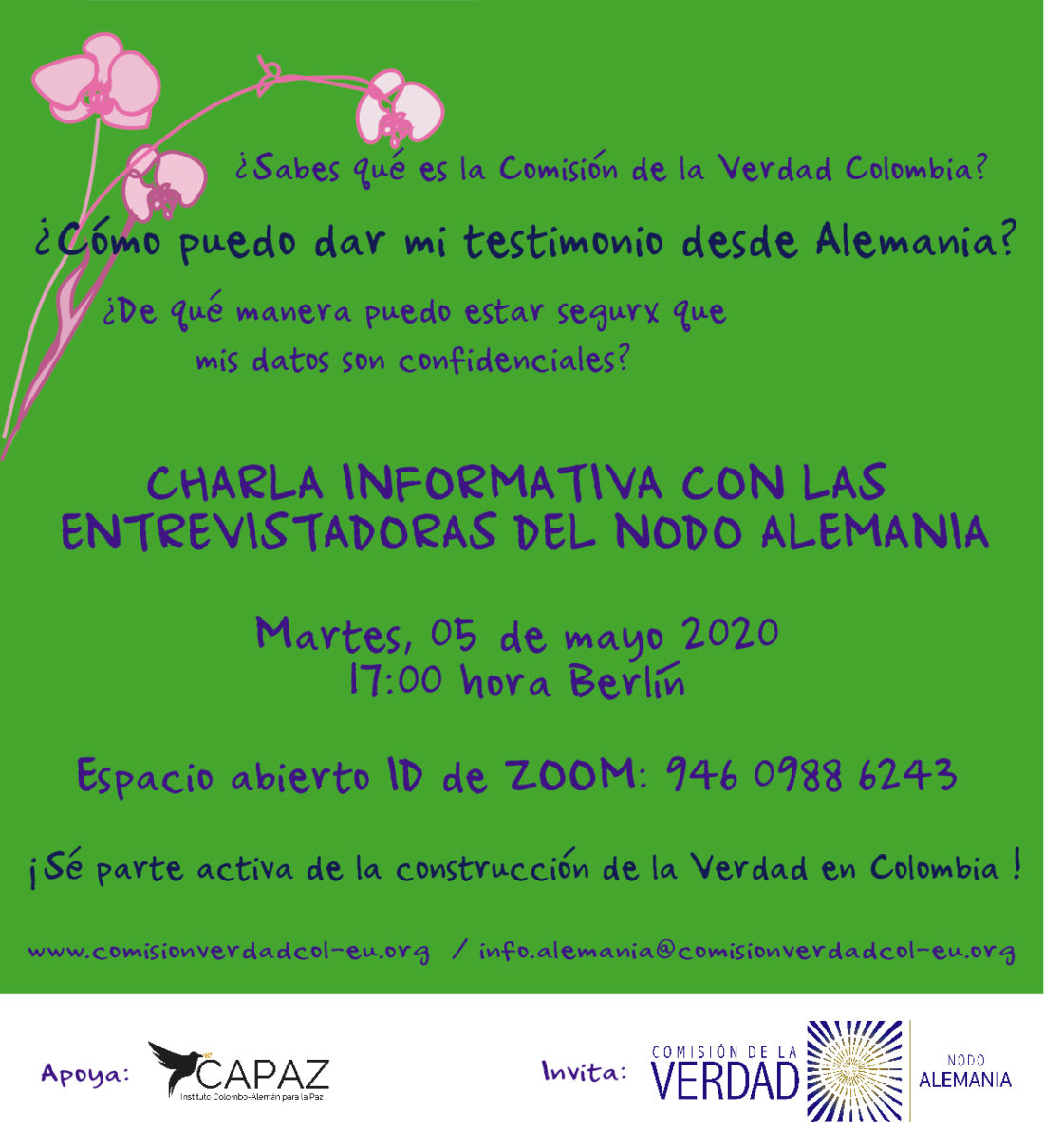 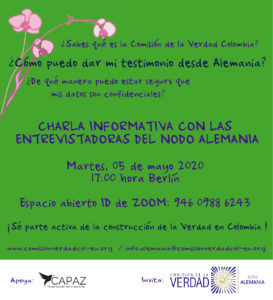 During the virtual meeting, we will discuss and resolve specific concerns about the work of the Node’s interviewers, in the process of inviting and supporting those who wish to give their testimonies from abroad to help clarify the truth about the armed conflict.

How does the Truth Commission in Germany work?

The Colombian Truth Commission has a support network in five world regions, including Europe, through which it endeavours to establish a dialogue and strengthen ties with Colombians living abroad, who have had to leave the country due to the internal armed conflict, whether as victims, witnesses or people who have knowledge of certain facts relating to the conflict.

What is the German Node and how do the interviewers operate?

The Germany Node is the support group for the Commission in Germany and is made up of smaller working groups, including the interview group. They were formed by the Commission to support, receive, and collect the testimonies and stories about the armed conflict from those who wish to participate, on a voluntary basis and under the maximum guarantees of confidentiality and security, according to the Commission’s mandate.

CAPAZ supports the German Node by organising activities (virtual and face-to-face) and disseminating information related to the Truth Commission, in order to publicise and strengthen its presence in Germany and to collect testimonies. CAPAZ is supported by the German Federal Foreign Office.

More information on the cooperation between CAPAZ, the Truth Commission, and the German Node in the video produced by CAPAZ