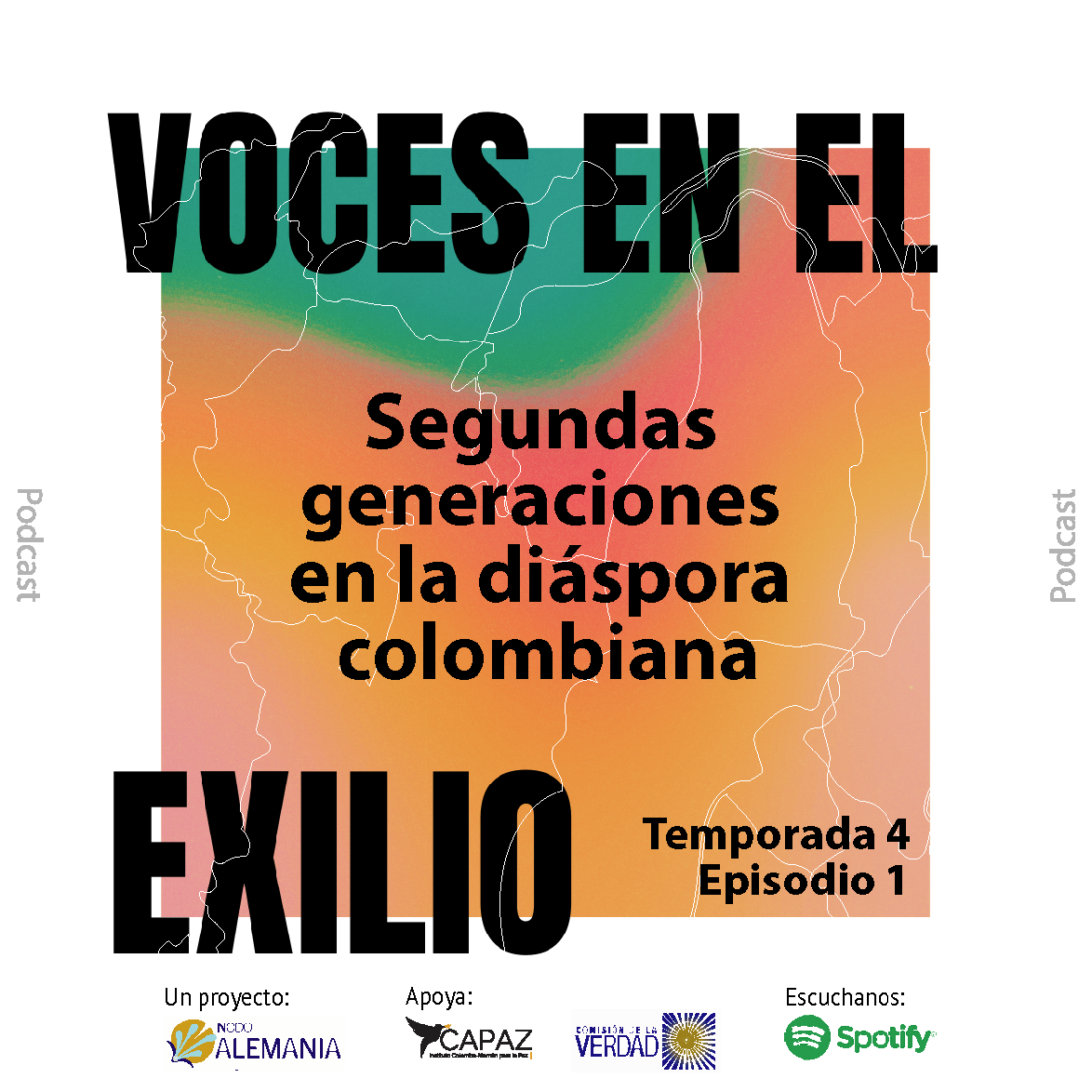 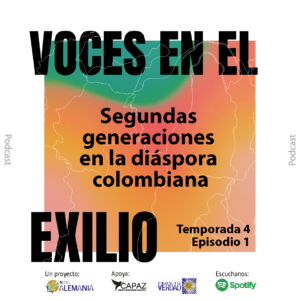 The fourth season of the podcast “Voices in Exile”, produced by Nodo Alemania in support of the Truth Commission, has begun. This season will address different topics and approaches that are key to the Truth Commission’s process with the Colombian diaspora.

The first episode dealt with the issue of second generations in the Colombian diaspora. Ana Maria Linares Soto, member of Nodo Alemania, talks with four young, second generation Colombians, Ana Maria Rodriguez, Aymara von Berries, Tomas Pereira, and Neche. These young people have grown up or were born far from Colombia and talk about how often the separation with the physical space can bring silences, misunderstandings, and nostalgia, which in turn, constitute a path of new and different opportunities to redefine identities.

Together they reflect on the barriers, advantages, and dilemmas of living bi-culturally. This also has important implications for political issues, identity issues, and even the generational memory of the conflict.

Find out more about Nodo Alemania at: nodoalemania_cev20 and on the websites of the different European groups: https://comisionverdadcol-eu.org