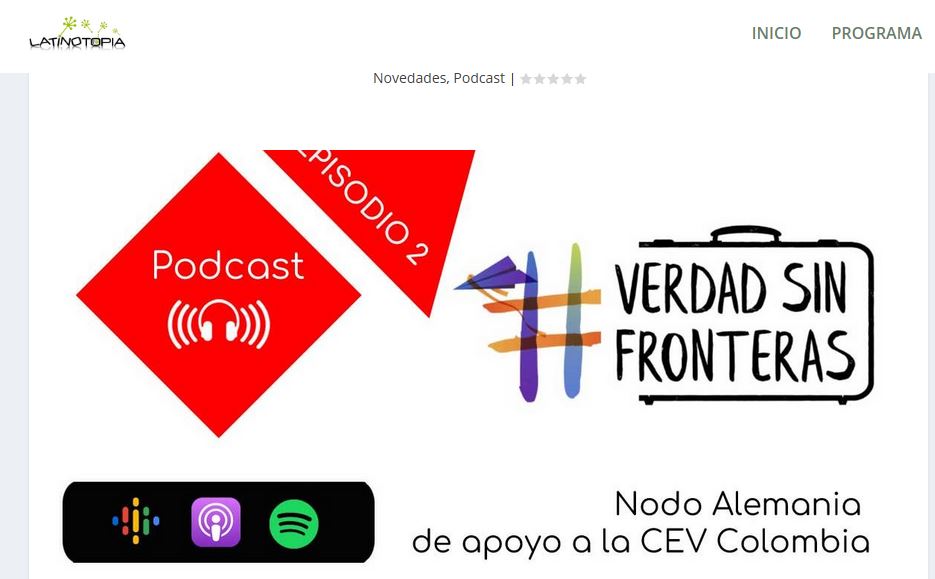 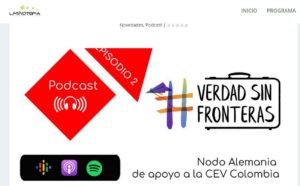 The support group for the Colombian Truth Commission in Germany (Nodo Alemania) has been invited to Latinotopia, a German news portal and radio station broadcasting on current issues in Latin America, for the Spanish-speaking community and interested parties.

In its podcast series, Latinotopia has dedicated two episodes to highlight the work of Nodo Alemania. In the first episode, the website talked with Juana Corral, a member of German group’s coordination team, and Rosmery Schömborn, from the psychosocial team. In the second episode, the talk involved the group’s interviewers, Maribel Alfonso and Carolina Mantilla, who explained the procedure for voluntary testimony collection from those who live in Germany and wish to contribute to the clarification of the truth of the Colombian armed conflict, in support of the Truth Commission’s work.