The German artist Horst Hoheisel will hold his presentation “Counter-Monuments/Experiments in Europe and Latin America” on March 27, 2019 at 6:00 p.m. in the recently inaugurated exhibition hall Fragmentos (Fragments) in Bogotá, Colombia. Entry is free.

During his presentation, Hoheisel will share his impressions and learnings from more than twenty years of work as an artist and explore the concept known as “Negative or Counter-Monument” culture.

Together with artists and art students Horst Hoheisel will also conduct a workshop in Bogota. He organized similar workshops, one about the Holocaust, others about the military dictatorships in Argentina and Chile. The participants are required to bring along personal objects related to the conflict, in order to foster a different kind of memory. Hoheisel stated that he is curious which objects and stories about conflict and peace in Colombia will be collected during his workshop in Bogota.

Horst Hoheisel’s art refers to the impacts of absence. In this context, his proposals such as “Blowing Up the Brandenburg Gate” (proposed during the competition for the Monument to the Murdered Jews of Europe in Berlin, 1994-1995) have been controversial.

In Fragmentos, Hoheisel presentation will take on another meaning and relevance: The exhibition hall is a space created by the renown Colombian artist Doris Salcedo who used the smelted weapons surrendered by the ex-guerrilla FARC-EP to create this space together with women victims in Colombia. She describes Fragmentos as a counter-monument as well. 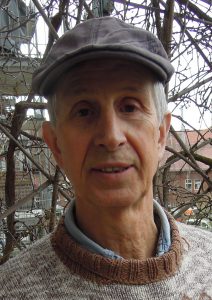 German artist Horst Hoheisel was born in Poland in 1944 and studied Forest Sciences. He holds a PhD on the tropical rainforest in Venezuela. He attended the Academies of Arts in Munich and Kassel, Germany.

Horst Hoheisel collaborates with local artists from the countries he visits, and in his projects he tries to be an artistic catalyst of memory processes. In this way emerge “Landscapes of memory” (Erinnerungslandschaften) with personal objects which, in a fragmentary way, offer another look at official monuments and histories from the collective memory.