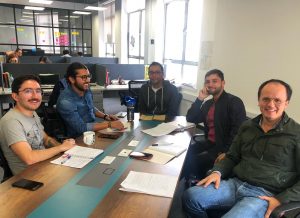 Meeting between the researchers hired by CAPAZ and the CEV’s Knowledge Directorate. Photo: Valentina Pardo

In cooperation with CEDPAL, the German-Colombian Peace Institute – CAPAZ will strengthen the work of the Directorate of Knowledge of the Commission for the Clarification of Truth, Coexistence and Non-Repetition (CEV) by hiring Luis Carlos Sánchez and Luis Miguel Buitrago, researchers specialised in democracy and armed conflict.

On November 6, 2019, the investigators met with the CEV’s Directorate of Knowledge to coordinate the commencement of the investigations that each of them will carry out in different parts of the country, in order to contribute to the clarification of the truth about the armed conflict in Colombia.

The work of both researchers will take place in the context of the signing of the Letter of Understanding by CAPAZ and CEV, and in the development of the project entitled “Stabilisation of peace in Colombia through justice and truth”, financed by the German Federal Foreign Office and led by CAPAZ and CEDPAL of the University of Göttingen.

You may also be interested in: Letter of Understanding between CAPAZ and the Truth Commission in Colombia

Luis Carlos Sánchez is a political scientist, historian and philosophy professor with experience in research on memory, armed conflict, justice systems and transitional justice. He was part of the research team of the Grupo de Memoria Histórica and the Centro Nacional de Memoria Histórica (CNMH), where he was involved in several publications, including the report: “Basta ya. Colombia: memories of war and dignity”. He also served as the coordinator for the Working Group on Reparations and as the Technical Director of the Museum of Historical Memory at the CNMH. 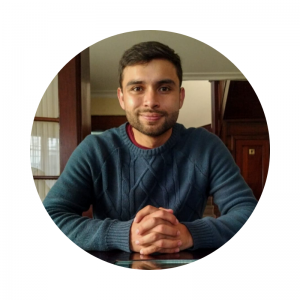 Luis Miguel Buitrago is a researcher in the area of civil wars, political sociology and international relations. His undergraduate degree was in sociology and he studied a master’s degree in Political Studies at Universidad Nacional de Colombia, where he is also part of the research group “Armed actors, conflict, and international humanitarian law”. He has studied statistics, georeferencing and experience in the field of political marketing and the construction of public policies.