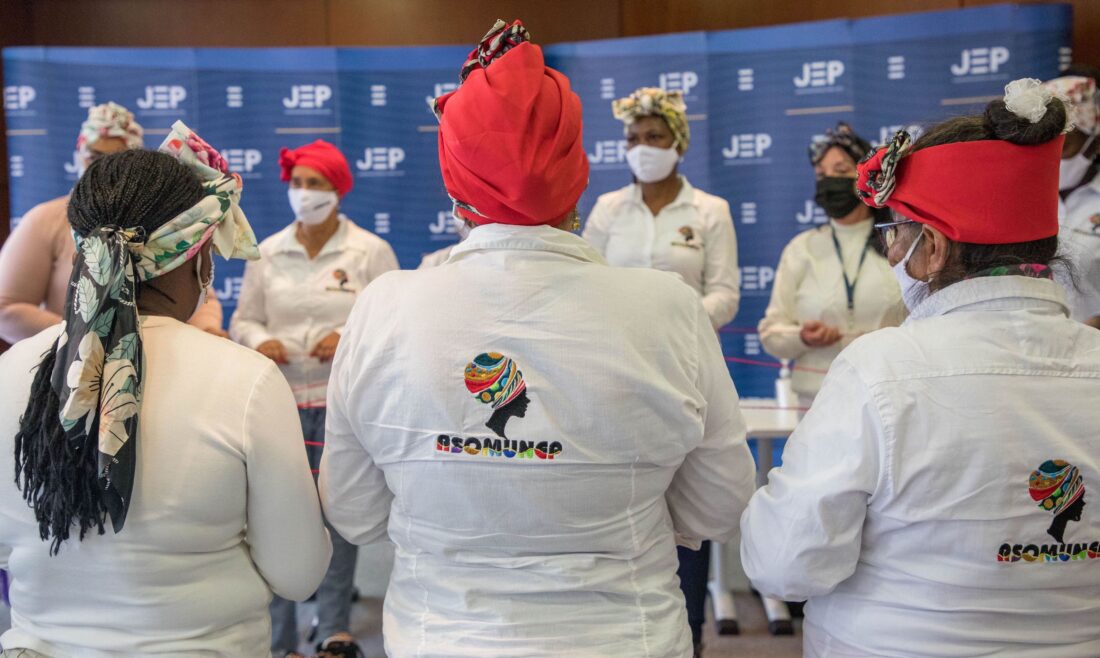 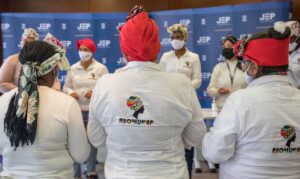 On February 18, the Association of Black and Afro-descendant Women Human Rights Defenders and Victims of the Armed Conflict of Putumayo (ASOMUNEP), supported by CAPAZ, the National Women’s Network (RNM), the Friedrich Stiftung Foundation, the Institute of Intercultural Studies at Javeriana – Cali and ITACHO programas solidarios, presented the Special Jurisdiction for Peace (JEP) with the report “Gender dynamics in Bajo Putumayo (1988-2016)”, which includes the testimony of 26 women victims of multiple forms of violence in the context of the armed conflict, 9 of them victims of sexual violence.

The CAPAZ Institute supported the collection of testimonies and the report that was compiled thanks to 26 women, direct victims of sexual violence in the context of the armed conflict in the Bajo Putumayo. They decided to testify before the magistrates of the JEP, and to place their trust in them by reminding them of the importance of making sexual and gender-based violence visible in the context of the Colombian conflict.

On the day of the presentation, CAPAZ Science Collaborator Juliette Vargas, highlighted the courage and resilience of the ASOMUNEP women throughout the process of preparing their report, reiterating the importance of the report being taken into account to clarify the truth about the continuum of sexual and gender-based violence that is exacerbated in the context of the armed conflict. She also highlighted the importance of the JEP’s contribution to overcoming the structural causes of marginalisation, social inequality, and discrimination that make this type of violence and impunity possible. 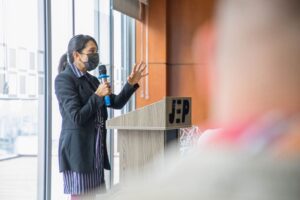 Meanwhile, CAPAZ Academic Director, Stefan Peters, highlighted the importance of reports by women’s organisations to the JEP and emphasised that the ASOMUNEP report is highly relevant in making the Comprehensive System of Truth, Justice, Reparation and Non-Repetition (SIVJRNR), Colombian society, and the international community aware of the crimes of sexual violence and gender-based violence committed against Afro-descendant women of Putumayo, and in general the victimising acts suffered, especially by women from remote and marginalised territories during the internal armed conflict. 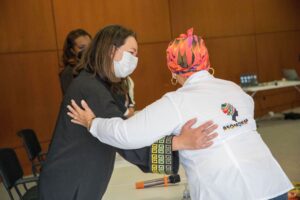 The purpose of the report is to inform the JEP of the experiences of black and Afro-descendant women in Bajo Putumayo in the context of the armed conflict and to address the impunity of the perpetrators. These dynamics were documented by ASOMUNEP, an organisation of black and Afro-descendant women victims of the armed conflict who live in Bajo Putumayo.

ASOMUNEP identified 30 women related to the organisation who had been victims or witnesses of the events described above, and who were willing to participate in this research by sharing their testimonies with the research team. Of these 30 women, 26 authorised the use of their information for the report, and nine (9) of these were direct victims of episodes of sexual violence in the context of the armed conflict. 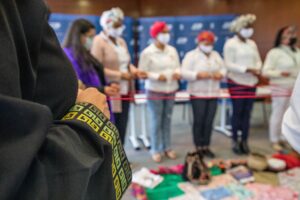 This report is important because, thanks to the data collection methodology, the descriptions of gender dynamics and their relationship to the armed conflict, and a narrative of the episodes of sexual and gender-based violence suffered by the women of ASOMUNEP, it provides essential inputs to understanding the territorial context of Bajo Putumayo and the gender dynamics inherent to the area. The JEP was also presented with an analysis of the victimising events and the impacts they have generated, in order to highlight the visibility and importance of these types of events in the context of the conflict.

Once they had presented the report, the women performed a symbolic act in which, they used a mandala, representative garments, a loom and braids, to highlight their customs as a community and told the magistrate their stories of resilience. The ASOMUNEP representatives explained that “at the time of slavery, braids were used as maps on which the slaves used to show the way. They also used them as warehouses where they kept seeds and gold to buy their freedom and to heal wounds”. 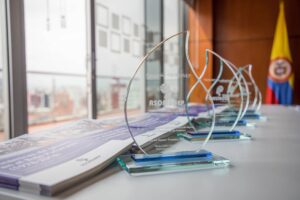 The women representatives of the organisation also presented CAPAZ and other partner organisations with a special recognition in gratitude for having supported their vindication.

At CAPAZ, we call on the JEP to make visible, investigate and punish sexual and gender-based violence committed against women in Putumayo and throughout the country. Unless this is done, the armed conflict will not be overcome. We also thank ASOMUNEP for its recognition of CAPAZ in the framework of the delivery of the report, “Gender Dynamics in Bajo Putumayo (1978-2016)”, which presents the testimony of 26 women victims of multiple violence in the context of the armed conflict, 9 of whom were victims of sexual violence.