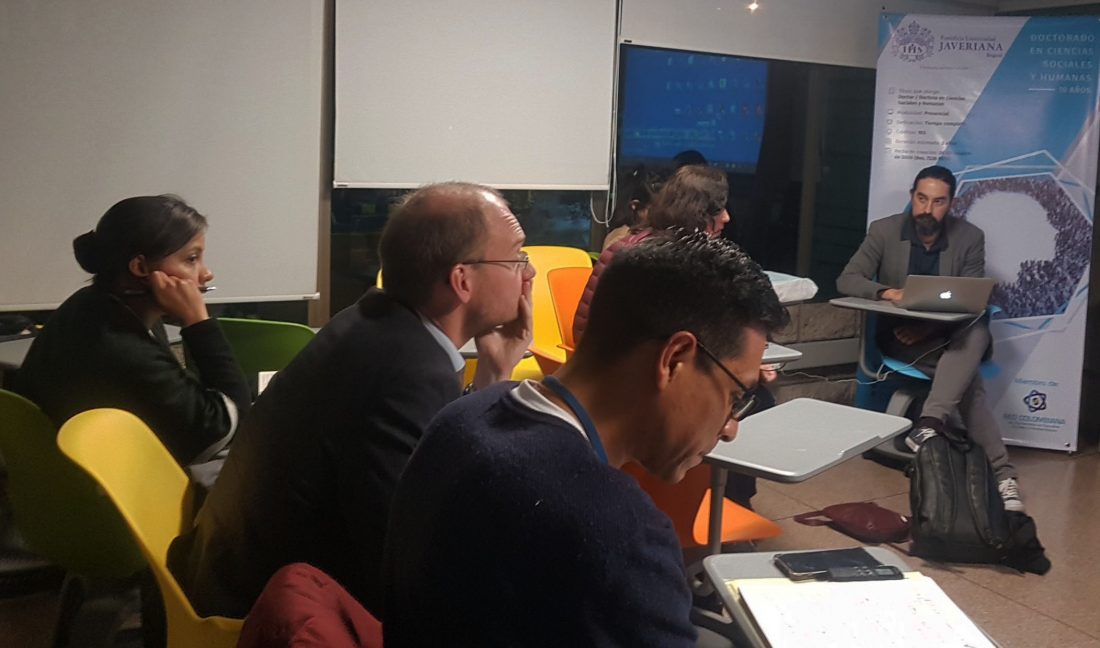 A seminar entitled “Pedagogies of Truth” was held at Pontificia Universidad Javeriana in Bogotá, organised by the PhD programme in social and human sciences run jointly by the university and CAPAZ.

In three sessions held on October 15, 22 and 29, 2019, experts from various universities discussed the spaces and mechanisms of transmission and pedagogisation of truth commissions, from a comparative perspective between Colombia, Peru and Chile, with an emphasis on the Colombian case. 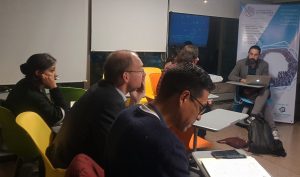 The first session entitled “Teaching Perspectives on History and Teaching Materials” was given by Professor Tatjana Louis (Universidad de los Andes). Her presentation focused on the revision of the concept of memory, the relationship between memory and the teaching of history, specifically, history courses as places of negotiation of the past and related texts.

The second session presented the Newton Project, which has studied the political technologies of memory, contemporary uses and appropriations of devices for recording human rights violations perpetrated by the civic-military dictatorship in Chile.

The research is based on registry devices that speak of rape and dictatorship, forms of resistance and collaboration, in the manner of genealogy: examples of this are human rights archives or press articles on victims.

The last session of the seminar entitled “From moral truth to straight truths. The narratives after the Peruvian Truth and Reconciliation Commission” was conducted by researcher José Carlos Agüero Solórzano (Instituto de Estudios Peruanos and of the restoration collective Tejiendo Memorias).

This session questioned the place of the political and moral consensus that arrives after the transitions and that articulates silences and hijacks the experience of others.

Professor Agüero described a piece of work carried out in his institution through a series of four-episode Podcasts, geared towards the construction of stories not usually told by commissions or that fall outside their spectrum, namely: the life of a woman militant of the extinct guerrilla group Sendero Luminoso; the story of a soldier; the story of the son of a disappeared person; and the collateral damage of a car bomb attack.