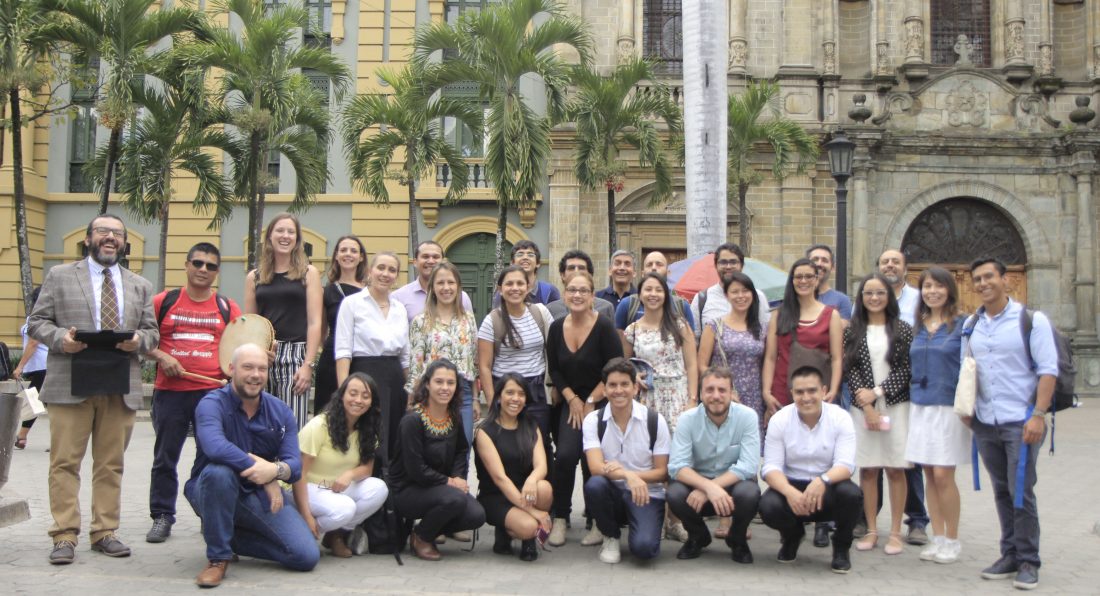 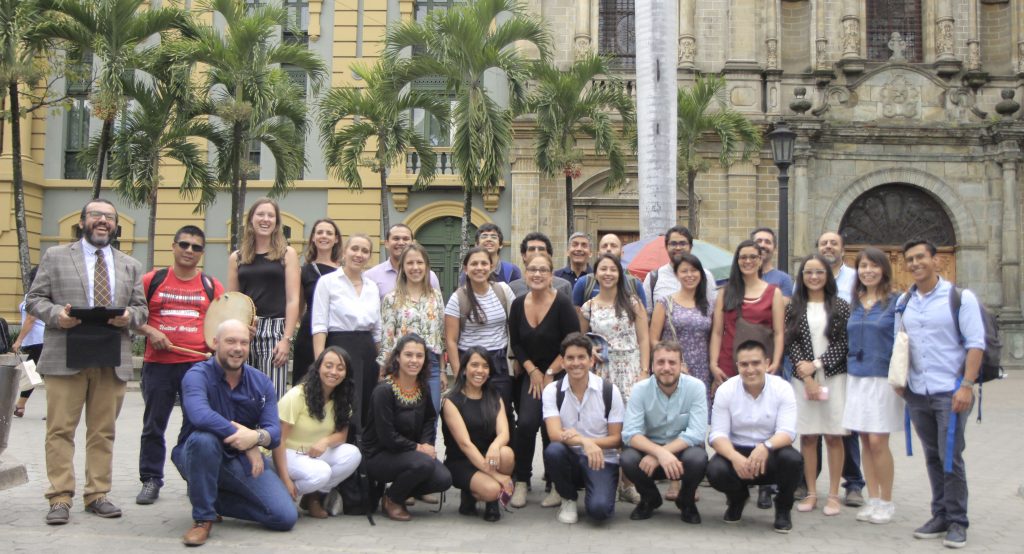 Participants in the CAPAZ 2019 Young Researchers Congress in Medellín. Photo: U de A

Seven master’s and doctoral students from various universities in Colombia participated in the second version of the CAPAZ International Congress of Young Researchers, held on November 6 and 7, 2019. The students’ proposals were selected on the basis of a call for proposals.

The CAPAZ science collaborator and CEDPAL researcher (University of Göttingen), Juliette Vargas also presented the advances of her doctoral research.

The International Congress of Young Researchers CAPAZ 2019 was organised by the CAPAZ Institute and Universidad de Antioquia, an associate member of CAPAZ, and was held at Ciudad Universitaria in Medellín.

The exchange of ideas on the proposals and constructive criticism were guided by three outstanding experts in the lines of research developed by CAPAZ: Axel Rojas (Universidad del Cauca) worked on the “peace, conflicts and territorial reconfigurations” axis; John Zuluaga (Universidad Sergio Arboleda) on the “Transitional Justice and Human Rights” axis, and Gabriel Alberto Ruíz (Universidad de Medellín) on the “peace building: memory and education” axis.

The agenda included a panel of experts from the University of Groningen (Netherlands), who discussed issues of memory, conflict and post-conflict digital narratives from Peru, Chile and Colombia.

Interdisciplinary debate with a view to co-operation

One of the most important issues to emerge from the two days of intense research and academic debate on issues related to conflict and peace, with emphasis on the situation in Colombia  was the importance of developing research from different disciplines and approaches, to bring academia closer to the country’s social, political and economic reality.

From the CAPAZ Institute, we continue to affirm our interest in continuing to promote cooperation networks between different universities in Colombia, Germany, and other countries around peacebuilding in Colombia. We hope to continue with future versions of this important academic space for young researchers, and for experts and the interested public.

The Young Researchers Congress is one of the most important CAPAZ activities. The accomplishment of this second congress, in cooperation with Universidad de Antioquia, demonstrates the consolidation of research spaces for the new generation of peace researchers in Colombia.