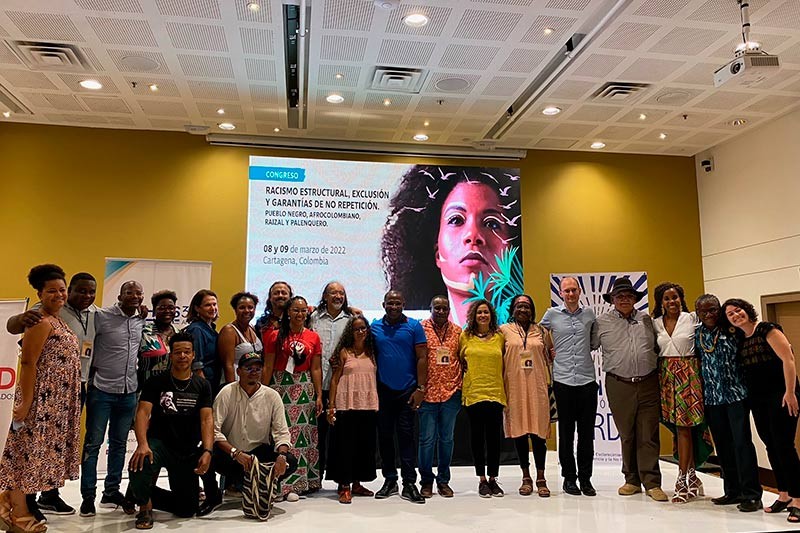 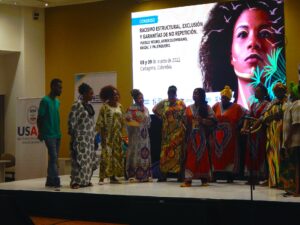 CAPAZ supported and was present at the conference on Structural racism, exclusion, and guarantees of non-repetition, Black, Afro-Colombian, Raizal, and Palenquero people, held on March 8 and 9, and organised by The Truth Commission, CODHES, CAPAZ, and CONPA in Cartagena, Colombia. CAPAZ Academic Director, Prof. Dr. Stefan Peters and Science Collaborator, Juliana González, joined some of the panels and contributed to the discussions.

Read the Truth Commission’s press release on the event.

“This is the first time a commission has taken a specific route to address racism. Slavery in Colombia was abolished but blacks were never given the opportunity to be recognised. We decided to adopt an ethnic methodology and that is our challenge: racism from the cross-cutting nature of the Final Report. The whole report must guarantee the ethnic population that its narrative cannot regress in terms of what has already been achieved” – Leyner Palacios, Truth Commissioner. 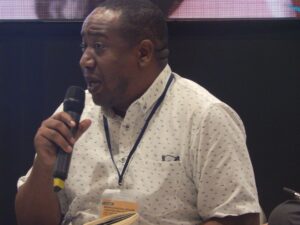 The event involved several truth commissioners including Leyner Palacios, Alejandro Castillejo, Patricia Tobón, and Lucía Gonzáles, and representatives of several social organisations and academic institutions, such as the Frantz Fanon Foundation, the Consejo Nacional de Paz Afrocolombiano, Universidad del Norte, the Asociación de Mujeres Afrodescendientes del Norte del Cauca, among others. Panels were organised to discuss topics such as structural racism based on an understanding of the territory, proposals through art, culture and spirituality for social transformation, and how structural racism has been addressed in the Truth Commission. 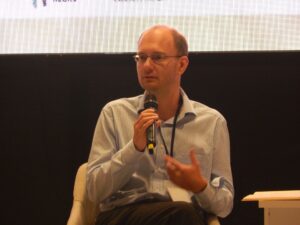 Such discrimination has to do with physical, psychological, epistemic, structural violence. We are talking about historical issues of racism, and how it has manifested itself during the conflict; but also looking to the future: what are the possibilities for overcoming racism and ensuring the non-repetition of violence? – Stefan Peters.

We know that in contexts of coloniality the intersection between race, gender or social condition can be presented as inseparable. We are here, then, to ask ourselves why it is relevant to consider an intersectional approach when we talk about structural racism – Juliana Gonzalez. 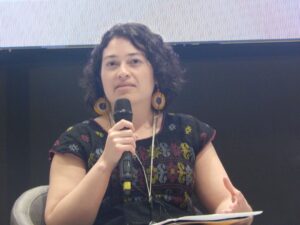 Media coverage of the conference

Several media outlets at the event covered some of the panel discussions. For example, the newspaper El Colombiano wrote that according to the Truth Commission, “the armed conflict in Colombia deepened and was more serious in the territories where there was a greater indigenous, Afro-Colombian, Raizal and Palenquera ethnic presence”. Meanwhile, Caracol highlighted the fact that The Truth Commission “will deliver a series of recommendations to the National Government, to ensure that the events associated with racism that occurred during the armed conflict do not happen again” 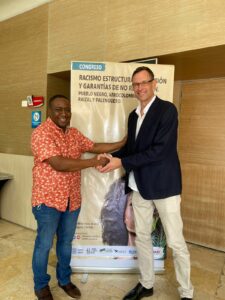 During the meeting, Commissioner Leyner Palacios appealed to the German Ambassador to Colombia, Peter Ptassek, regarding the situation of leaders in Colombia and its relation to racism:

“I would like to ask you, Mr. Ambassador, not only for your good offices in the political dimension, but also for greater support in leadership, because it is tremendously dangerous. These are territories that are threatened by economic interests and these leaders are trying to defend them. It is extremely disproportionate and distressing to see the level of risk to which Afro-Colombian, Raizal and Palenquero leaders in the Caribbean, in the Chocó region, in Valle, and in some parts of Arauca are exposed”.

Ambassador Ptassek replied: “There is a problem that we have to take seriously, what is happening in the territory is not new, it is not 100% linked to the will of the government, it is structural and with drug trafficking and the presence of criminal gangs, the problem is getting worse”.