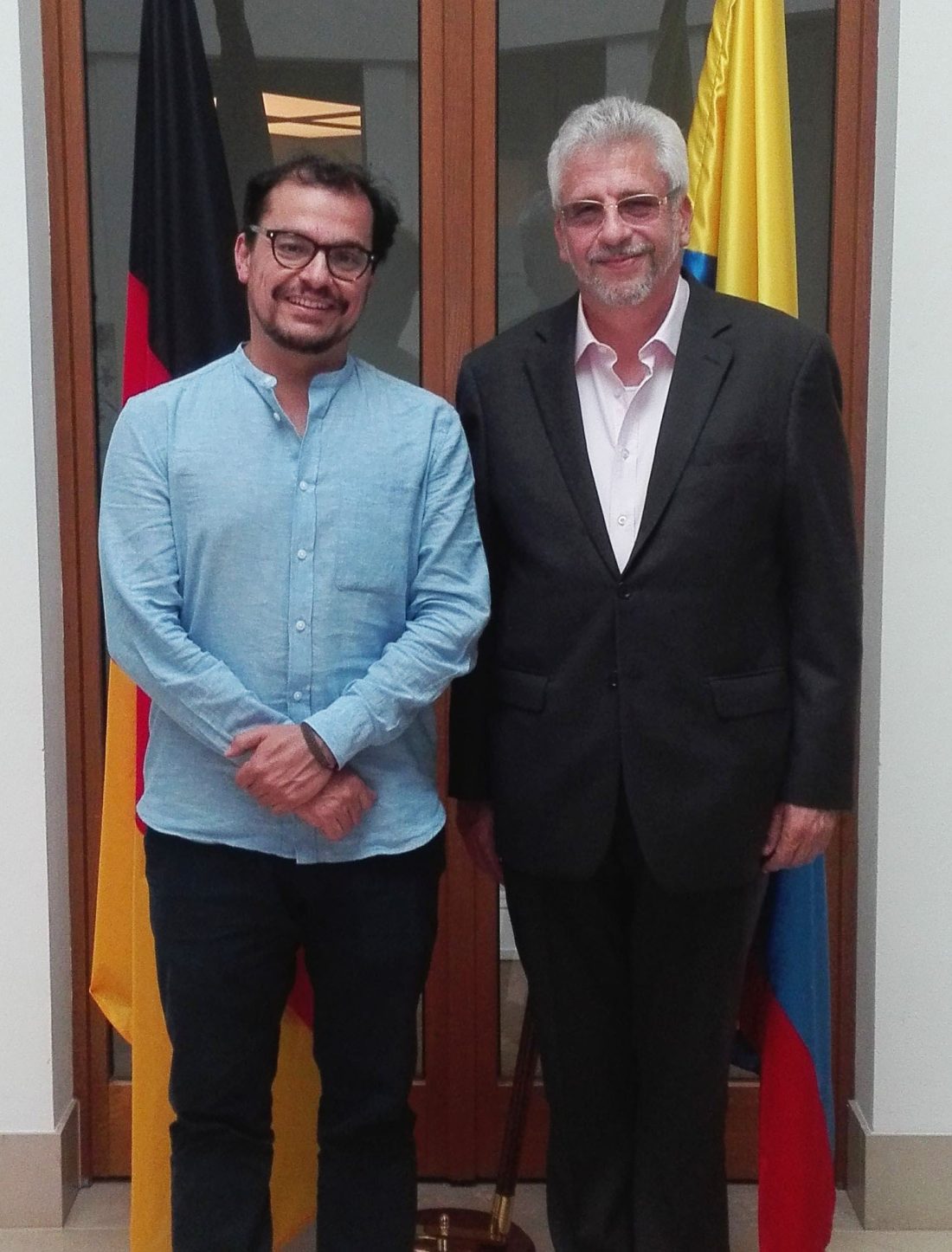 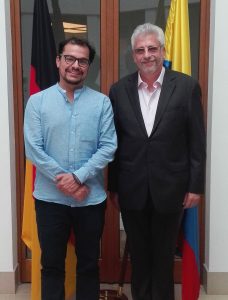 The Administrative Director of the German-Colombian Peace Institute – CAPAZ, Dr. Carlos Nupia, recently met in Berlin with the Colombian Ambassador to Germany, Hans-Peter Knudsen. The meeting took place in July 2019, in order to discuss the progress made by CAPAZ and exchange ideas on academic and scientific cooperation between Colombia and Germany in the area of peace.

Ambassador Kndusen, who took office in November 2018, ratified his support for CAPAZ activities. He was interested in having Colombian government officials actively participate in CAPAZ academic events. He stated that the Colombian Embassy in Berlin has facilitated the work of researchers from both countries, who have contacted the Embassy to request information on contacts and sources of information for their research.

Dr. Carlos Nupia shared the progress of the self-evaluation of the first phase of CAPAZ (construction phase), which ends in December 2019. He also announced the preparations for the approval of the second phase (institutionalization phase), which is planned for January 2020. He reported on the results of the 25 exploratory studies that CAPAZ has funded since 2017, and on the agenda of academic and research events planned for the second semester of 2019.

In this regard, Ambassador Knudsen recognized the importance of the congress on civic education (politische Bildung in German) currently organized by CAPAZ, and which will take place in September 2019 in Bogotá. The event will be attended by Dr. Thomas Krüger, Director of the Federal Agency for Political Education (Bundeszentrale für politische Bildung – BPB).

The Colombian diplomat reiterated the recognition of the positive aspects of some peace experiences supported by the Colombian Government, such as the training of former combatants in agricultural topics which took place in Panaca Park (Armenia, Quindío) and the attempts to construct territorial peace agendas by institutions such as Tolipaz (Corporación de Desarrollo y Paz del Tolima).