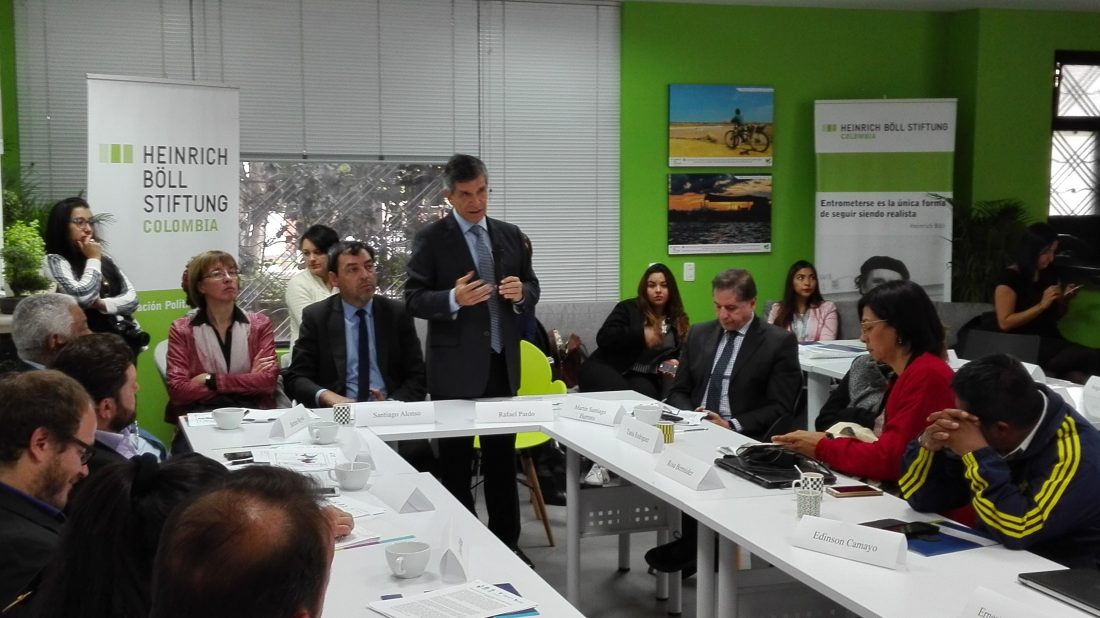 In January 22, 2018 the Higher Counsellor for Post-confict in Colombia, Rafael Pardo Rueda, received the proposal presented by the Indigenous Cabildos Pueblo Nuevo and San Lorenzo from Caldono (Cauca), the Community Councils Río Timba and Cuenca Cauca from Buenos Aires and the productive organizations of farmers from Caldono and Buenos Aires (ARDECAN, in Spanish) to strength local development processes carried out by local organizations in these territories. The proposal is based on the results of the explorative project entitled “Territorial peace and conflicts in transitory rural zones for normalization to FARC ex-combatants”, funded by the CAPAZ Institute and implemented by Freie Universität Berlin, Pontificia Universidad Javeriana in Cali, Universidad del Valle, Universidad Cooperativa de Colombia in Pasto and the NGO CETEC 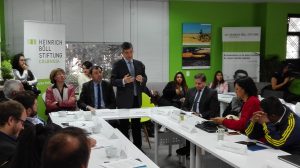 The mentioned research analyzed conflicts and tensions in the local territories of Caldono and Buenos Aires (Department of Cauca) triggered by the implementation of the peace agreement subscribed by the Colombian Government and the FARC-EP guerrillas. The study shows the problems related to social and economic reincorporation of ex-combatants and concerns of the local communities about the sustainability of the peace agreement.

The proposal consists of two components: the first one is the productive development of local communities and the second one is related to the territorial dialogues needed to solve conflicts such as democratic coexistence, water contamination produced by illegal mining and typical social tensions within local communities. 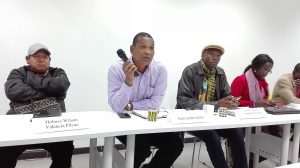 Representatives of indigenous and afro-descendant communities from Caldono and Buenos Aires present a proposal based on the results of the explorative project funded by CAPAZ. Photo: Carlos Nupia

The proposal was presented in the Heinrich Böll Foundation in Bogota, organization that has supported the implementation of the explorative project of CAPAZ as well. The event was attended by representatives from the National Agency for Reincorporation and Normalization, the Agency for Territorial Renovation, the Agrarian Bank, the German Embassy in Bogota and the United Nations System in Colombia.

Counsellor Pardo acknowledged the research work of the universities that implemented the explorative project of CAPAZ and recommended the strengthening of CETEC as a leader of the productive component of the proposal. Likewise, he invited to the local communities from Caldono and Buenos Aires, the Agrarian Bank and the Agency for Territorial Renovation to begin a dialogue in order to solve the problems related to the credit allocation for funding productive projects in these territories.

Preliminar results of the explorative project funded by CAPAZ Institute can be consulted in the document: “Territorial peace in Transitory Rural Zones for Normalization (ZVTN, in Spanish), today Territorial Areas for Training and Reincorporation”.