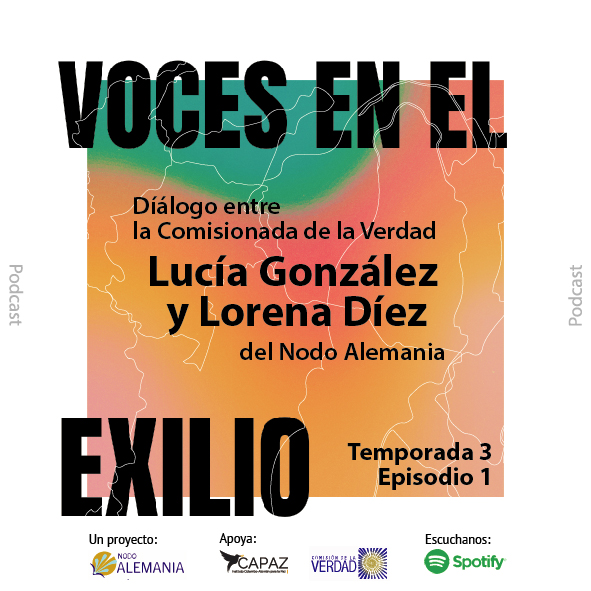 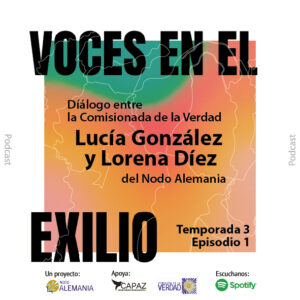 Voices in exile is a podcast launched by the German group supporting the Truth Commission in Colombia. In this third season, conversations will be held with commissioners of the Truth Commission (CEV). There is particular interest in circulating the CEV’s Final Report in the public sphere, as the document will establish a new narrative of the truth, or to name what has often remained invisible throughout history, and is intended to highlight the great challenge of building peace in Colombia; hence its importance for the country, the communities, and the territories.

Listen to the episode on Spotify:

O en Anchor
Or on Anchor

In this first episode, the Nodo Alemania team spoke with commissioner Lucía González, an architect with experience in the social and cultural fields. González talks about the role that existing and future artistic and cultural practices play in the country, as forms of expression for society, spaces for peaceful coexistence, and as a place of political nature and exchange of knowledge. It is a space in which the unnamable can be named, says the commissioner.

On its Web page