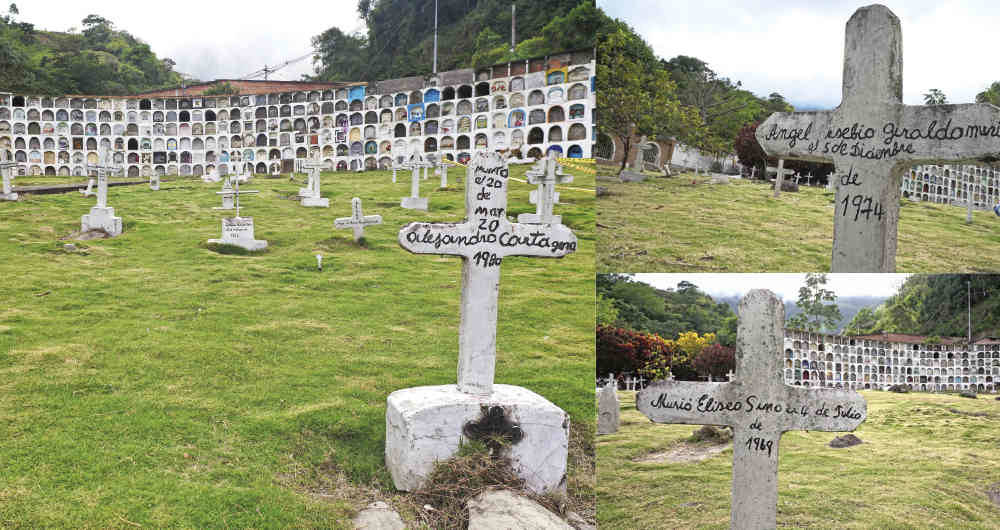 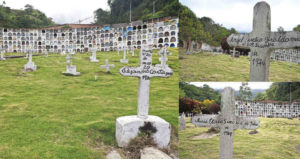 “Impunity for the public force victims in Colombia has also been huge”: Kai Ambos. Photo: Semana

The German expert Kai Ambos, who has accompanied the implementation of transitional justice in Colombia, talks about the meaning of these investigations and the possibility of the ICC investigating cases of false positives.

SEMANA: The false positives in Colombia are one of the darkest chapters of the war. Recently, the JEP found a mass grave in Dabeiba (Antioquia) where hundreds of these victims could be buried. What can be expected from this work?

K.A.: The very fact of having found this grave already constitutes a contribution to historical truth. The JEP must now process this particular case as soon as possible in order to provide Colombian society with more profound explanations regarding this practice, which is not worthy of a professional army. In the end, those responsible must be punished.

SEMANA: The military has always feared that the ICC may take up the case of the false positives. Can this possibility alter the work undertaken by the JEP?

K.A.: Absolutely. For the Office of the Prosecutor of the ICC, the work of the JEP is fundamental with respect to the principle of complementarity, that is, the expression of will and capacity, as well as the seriousness of the Colombian State to prosecute and sanction serious international crimes. Therefore, it is in the best interest of the State and of the military itself that the JEP can do its work and receive the necessary support from the Government or, at least, not to be hindered by the Government. In fact, it seems that the ICC Prosecutor’s Office has more faith in the JEP than in the Government itself. In any case, in the last report on preliminary examinations, published last December, the Office of the Prosecutor deals in detail with the proceedings for false positives and reiterates its support for the JEP. 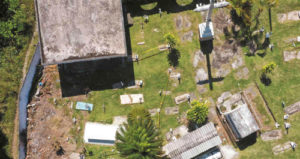 Panoramic view of the cemetery of Dabeiba, Antioquia. According to soldier Buitrago, they buried the bodies of false positives in the area surrounded by tape.

SEMANA: Over the past two years Duque’s Government has been very critical and has tried to limit the powers of the JEP. How much damage has been done to the system?

K.A.: Unfortunately, the Uribismo movement does not have a principled position, but rather an opportunistic and purely instrumental one vis-à-vis international justice, the International Criminal Court, and the Inter-American Court of Human Rights. It wants to use these mechanisms when it is politically convenient, but rejects or criticizes them when they affect “its people”. And evidently, the government has occupied positions that are not adequate vis-à-vis the special jurisdiction. Not to mention the issues that everyone knows about, for example, the former Minister of Defence Botero never met with the JEP, when this is a mechanism used by so many members of the public force. Transitional justice needs to have a fluid relationship with the government in order to move forward because finally, in three years, when Duque leaves Casa de Nariño, he will have the failures or achievements of this system on his shoulders. And, as I said before, the JEP can help Colombia and, as such, the military itself to avoid the intervention of the ICC.

SEMANA: It’s been two years since the creation of the Special Jurisdiction for Peace. Does the institution pass the test today or does it fail?

Kai Ambos: The JEP has obviously done a lot. It is a jurisdiction that thousands of people have taken advantage of to date, not only from the guerrillas, but also from the public forces. After only two years, we can already see results. Bearing in mind that transitional justice processes are usually more complex and sentences are often delayed because of the context in which they take place, we can say that the JEP is working very hard.

SEMANA: You have been one of the experts that has most praised the JEP, which you have described as an icon in the world. You have also been very critical of the reforms made to it. Do you think that in these two years the JEP has been weakened by these changes?

K.A.: The JEP is a unique system. Nowhere else is there a transitional justice system, resulting from a peace agreement, which is as complex but at the same time as comprehensive as the one in Colombia. It is not only the JEP, but also the Truth Commission, the Commission for the Search of Disappeared Persons and other organs in the system. I understand that because of its complexity, even in Colombia, it may be difficult to understand the magnitude of this work and that there have been changes that have limited its competence. But that does not take away from its iconic status.

SEMANA: You have accompanied many trials around the world, and right now you are a judge in the Kosovo Specialist Chambers, in The Hague. What do you think is particular about Colombia?

K.A.: The Colombian case is not comparable to any other today. But, to answer your question, I find some highly adverse elements that are very significant. For example, the political context in Colombia and the geopolitical context vis-à-vis the United States are not favourable to a transition process. Furthermore, there are problems of power and resistance to criminal prosecutions and especially to truth processes. And then there is also a very divided society, which makes it very difficult for the system to function.

SEMANA: Much of this resistance has been based on myths. Do you think there are fake news that have harmed the JEP?

K.A.: Of course. Now, that’s a problem for the whole world. In Colombia, what people say the most is that the JEP is synonymous with impunity. Obviously, that is not true. Impunity for major human rights violations is a phenomenon in Colombia and Latin America that has nothing to do with the JEP and existed long before the creation of this jurisdiction. Impunity for serious human rights violations is a classic Colombian feature. For example, the great tragedy of the Palace of Justice, which took place in 19855, has not been  resolved by the criminal justice system to date. Colombia also failed to provide justice for the UP murders, for the murders (indeed, executions) of Cinep investigators (for example, of Elsa Alvarado and Mario Calderón in their apartment) or for human rights defenders such as Jesús María Valle or Eduardo Umaña Mendoza, both executed in their offices in Medellín and Bogotá, respectively. I knew several of these victims personally and it pains me to see that until today justice has not been done in these and many other cases. So what is happening with the JEP is precisely the opposite. This jurisdiction is going to deal with cases that currently go unpunished and that the ordinary justice system has not been able to resolve.

SEMANA: The point is that the JEP is some sort of a child of a peace process in which many Colombians did not believe…

K.A.: I think that many people do not realize that the JEP is not an isolated institution, but that it has the support of the entire Colombian system. Congress approved its regulatory laws, the President sanctioned them and the other courts have clarified its competence and limits. So, in real terms, this jurisdiction is at the same time the responsibility of both society and the entire State.

SEMANA: It’s not easy to understand that responsibility when, for example, leaders like Iván Márquez and Jesús Santrich ended up running away, in the middle of the process. What’s your take on that?

K.A.: The JEP, as its name implies, is a special jurisdiction. The rules that exist on liberty are a consequence of the peace process and the system itself. What happens is that in Colombia people are used to situations occurring that should not, and that is that people are preventively imprisoned before their sentences are passed. All human beings have the right to the presumption of innocence, and depriving them of their liberty before a final sentence is an excess of the criminal system. This happens very often in Latin America.

SEMANA: But in Colombia it has been difficult to accept that people who have done so much wrong should have no punishment commensurate with it…

K.A.: The reason why members of the conflict submit to the JEP is, first and foremost, to obtain judicial benefits. In Colombia, these privileges are not limited to the leadership of the insurgent group, but all the public forces have the same privileges. Those who criticise the JEP should criticise the latter as well. Impunity for the victims of the public forces in Colombia has also been extensive. The JEP studied the case of Colonel (r) Jorge Eliécer Plazas Acevedo, linked to the Mapiripán (Meta) massacre and the murder of Jaime Garzón, among other cases. And obviously there are also the cases of false positives. And recently General Mario Montoya was called to testify.

SEMANA: And what does it mean that General Montoya was called to testify?

K.A.: It means that the JEP deals with those most responsible. In fact, that is exactly what it should do, because these people are the ones who are really responsible for the crimes committed in conflicts like the Colombian one.

* Kai Ambos is a Professor of Law at Georg-August-Universität Göttingen, a judge at the Kosovo Specialist Chambers in The Hague and an amicus curiae to the Special Jurisdiction for Peace in Colombia.

Link to the interview published in Semana: https://www.semana.com/nacion/articulo/la-fosa-de-debeiba-constituye-una-contribucion-inmensa-a-la-verdad-historica-kai-ambos/652458