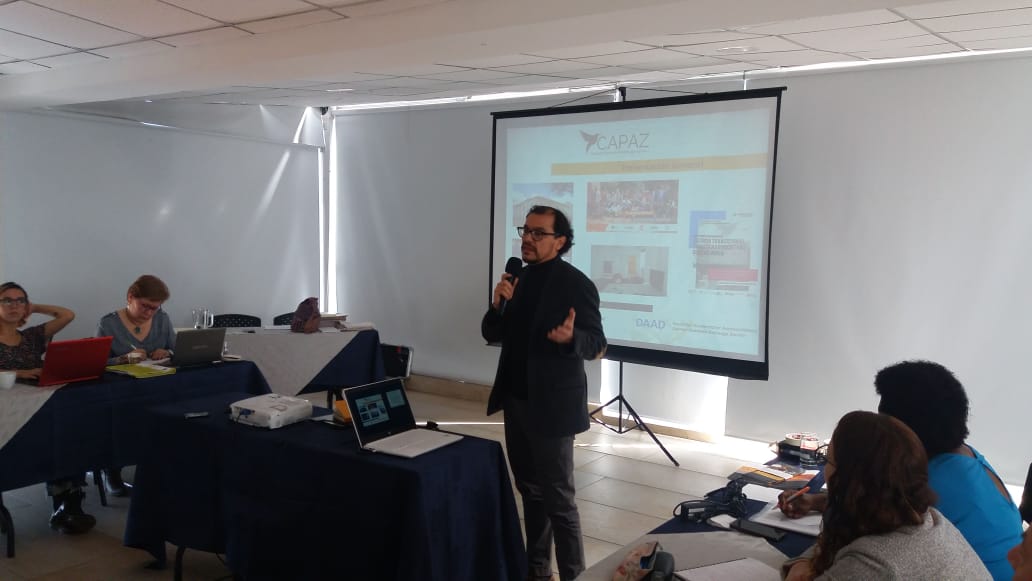 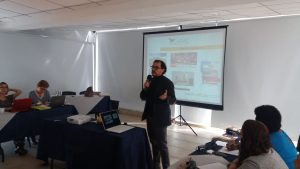 Dr. Carlos Nupia during the presentation of the CAPAZ’s Institute. Photo: Natalia Velásquez

At the second day, Dr. Nupia presented CAPAZ as an academic cooperation initiative between Germany and Colombia. Dr. Nupia explained how CAPAZ aims to facilitate networking between universities, institutions, and researchers from both countries whose research focuses on different and complex issues in the fields of peace and post-conflict studies. 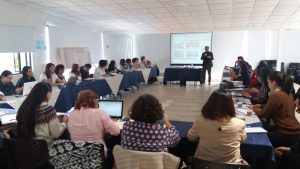 The participants had the chance to know more about strategies, methodologies and tools for monitoring, evaluating and measuring the impacts of peace related projects.

CAPAZ gave its work more echo and visibility by participating in this event. It was also an opportunity to dialogue with institutions working on similar topics to those of CAPAZ. The event facilitated the exchange of experiences resulting from the implementation of the developed projects.

Learn more about the Corporación PODION (in Spanish) and Bread for the World, the globally active development and relief agency of the Protestant Churches in Germany.