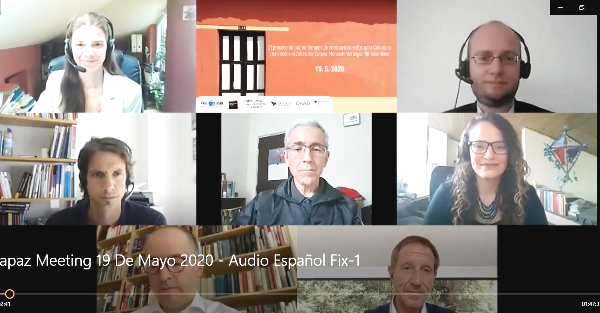 Peace in Colombia in times of COVID-19 was the central theme of the first virtual panel convened by CAPAZ in association with the University of Erfurt, the Leibniz Institute for Peace and Conflict Studies in Frankfurt (PRIF/HSFK), and the Justus Liebig University of Giessen. The event was held on May 19, 2020 with a live webcast and was attended by 500 registered participants. 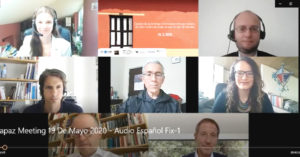 Screenshot during the CAPAZ Panel

CAPAZ took on the task of bringing together, in an international virtual room, several renowned and authoritative voices representing the governments of Colombia and Germany, the Colombian Truth Commission and universities from both countries: Niels Annen, Emilio Archila, Father Francisco De Roux, Laura Barrios, Stefan Peters and Solveig Richter as moderator of the discussion.

CAPAZ has also had to adapt and adjust work modes and methodologies, to follow measures and recommendations for care and prevention against COVID-19. The Institute remains determined to continue its contribution, from research and open and conscientious discussion, to reflection and analysis on peacebuilding in Colombia.

In the words of Erfurt University professor Solveig Richter, who moderated the discussion, the panel excelled in providing a broad overview of the complexity of the peace process and implementation and showed that there are many voices in favour of the peace process in Colombia.

Germany and international cooperation, beyond COVID-19

German Deputy Foreign Minister Niels Annen joined the CAPAZ virtual panel on behalf of the German Government. He highlighted the good cooperation relations between Germany and Colombia and emphasised that, precisely in difficult times such as the present health emergency, relations must be strengthened. In this regard, Vice Minister Annen thanked the Colombian government for its humanitarian support with the return of citizens to Germany. Germany, for its part, is supporting Colombia with medical missions and health supplies to deal with the crisis. 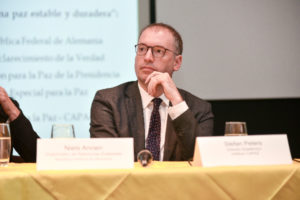 Niels Annen highlighted the support of his country and the international community for the peace process and the implementation of the agreements in Colombia. Germany acknowledges the efforts of Councillor for Stabilization, Emilio Archila and the Colombian government. However, Annen pointed out that it was known that the road to peace would be harder than the formulation of the agreements themselves. “As Deputy Minister, I can say on behalf of the German Government that, on the one hand, we see the great successes and all that enormous effort that was invested on all sides, which also reduced the situation of risk. But on the other hand, many concerns have been raised during and after the peace agreements”.

In the midst of the current pandemic, there is concern in Germany about violence in rural areas against social leaders, and the need to address communities, their expectations and their hopes. Vice Minister Annen reiterated Germany’s support based on the programme proposed by Minister Heiko Maas for Latin America, in relation to peace, and other issues such as the problems generated by the pandemic.

Peace in times of COVID-19?

The current COVID-19 crisis is evidence of the difficulties that have existed for some time in the implementation, compliance and promotion of the 2016 peace agreements between the Colombian government and the demobilised FARC-EP guerrilla. Lasting and stable peacebuilding in Colombia under the conditions of the pandemic has meant that progress has been acknowledged, but also that there are still unresolved challenges for the various sectors of society and the State.

For Presidential Councillor Emilio Archila, the Colombian Government’s representative on the CAPAZ virtual panel, we must recognise the progress made in implementing the agreements. He mentioned some examples in this sense, such as the modification of the National Constitution; the political participation and eligibility of those who were members of the FARC-EP; transitional justice institutions (the Special Jurisdiction for Peace-JEP, the Truth Commission and the Search Unit for Missing Persons-UBPD), and the Territorially Focused Development Programmes (Programas de Desarrollo con Enfoque Territorial-PDET).  He also mentioned the multipurpose land registry, collective reparations, protection of ex-combatants and the application of justice in the case of the murder of demobilised Dimar Torres by members of the Public Forces. 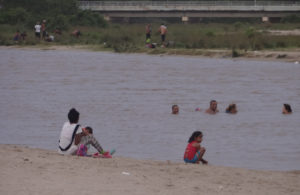 On the protection of ex-combatants, the Colombian Government spokesman said that most of the murders committed to date have not had a political motive, but have been due to circumstances related to drug trafficking. He stressed that in the Territorial Training and Reincorporation Spaces (Espacios Territoriales de Capacitación y Reincorporación-ETCR), a full battalion of the Army and the Police has been introduced; outside the ETCR, institutions have been established and non-stigmatisation and reward campaigns have been implemented for the capture of aggressors. Finally, over 250 protection schemes have been provided for former combatants.

Councillor Archila stressed that the implementation of peace in Colombia is the most successful, if compared to other peace and transition processes around the world; for example, in Ireland. The Presidential Advisor suggested investigating the implementation without speculation or prejudice. Archila paraphrased Iván Duque in his inaugural speech as Colombia’s president, “the division between the ‘friends and enemies of peace’ is a political division, one with electoral purposes, that has not done the country any good”.

The voice of communities and victims, not least during the pandemic

The Colombian Truth Commission has been affected in the exercise of its mandate by the health measures against COVID-19. During the CAPAZ virtual meeting, the Commission’s President, Father Francisco De Roux, reported that the pandemic has made it impossible for the Commission to meet face-to-face with the rural and ethnic communities. Despite the enormous efforts in digital and virtual communication, the results have been reduced by 40%. However, the Commission devotes this time to research and follow-up interviews.

The Commission is very concerned about the assassinations of social leaders, which continue under the conditions imposed by the new virus. Father De Roux drew attention to the safety of human rights defenders and activists. One by one, he mentioned the names of the recent victims of these murders, and the dates on which they occurred. “Today we are commemorating the murder of Mario Calderón and Elsa Alvarado, comrades of CINEP. If we were to hold a minute’s silence for each of the victims killed in the Colombian conflict, we would have to be in absolute silence for 16 years”. 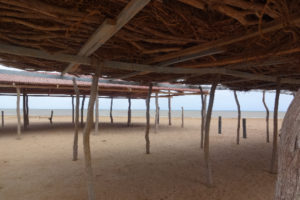 compulsory social isolation, one of the measures against COVID-19 in contrast to violences. Photo: Martin Gubsch/CAPAZ

De Roux was emphatic and clear about the need to take “extraordinary measures”, otherwise it will not be possible to solve the “extraordinary” problem of a situation of peace that has not been consolidated. Just as measures were taken to achieve extraordinary changes and mitigate COVID-19 – compulsory social isolation, world production stoppage, cancellation of air traffic, for example. “What is happening in Colombia, in the Colombian pandemic of conflict, is more serious for the country than the virus”.

Father De Roux described the work of Councillor Emilio Archila and that in the PDET as very positive, as it has been well received by the communities. He highlighted the National Government’s approval of the budget for the three components of the Integral System: the JEP, the Truth Commission, and the UBPD.

In response to Councillor Archila, De Roux pointed out that peace was not agreed to benefit only the FARC-EP, but for Colombian society as a whole and in order to make fundamental structural changes. De Roux does not see this as the conviction expressed in the Government’s actions and priorities. He insisted that in Colombia, security has served companies and politicians, and not the people. The situation of social leaders is serious, because to kill one of them is to kill the community. Security is not built on weapons, but on collective trust, and we need that vision. Finally, Father De Roux highlighted the help that Germany could provide to Colombia to achieve a “great reconciliation” that could transform the country.

A view of peace and health emergency from academia

During the virtual CAPAZ meeting, Laura Barrios, a researcher from Universidad del Rosario, presented the situation of ex-combatants and communities in some of the ETCR. Both population groups pursue the same goals in terms of dignified living conditions. The researcher confirmed that there have been delays in the delivery of land and that, during the pandemic, they have been affected by not being able to sell the goods resulting from the productive projects and because of the absence of tourism. The inhabitants of the ETCR and the communities need infrastructure, and the provision of goods and services.

Barrios said that the militarisation of rural areas has not guaranteed security, and that mobility restrictions due to quarantine make leaders more vulnerable to aggression. Measures are needed to deal with the effects of the pandemic and to guarantee life in the communities and ETCRs.

Regarding Germany’s contribution, the researcher highlighted the role of memory processes in political transitions. Germany sets an example by taking responsibility for its history, clarifying the facts and avoiding any misrepresentation of the facts.

Stefan Peters was the other academic voice in the virtual discussion. CAPAZ Academic Director and Professor of Peace Studies at the Justus Liebig University of Giessen highlighted the increase in child recruitment and emphasised the work of the institutions under the current difficulties and in a context of deep inequalities. 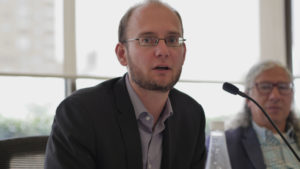 Professor Peters stressed the need to spare no effort for peace. In this regard, he reiterated the need for continued international and German support, in particular, for the implementation of the agreements. He also stressed that there must be a change in international policy against drugs, which takes into account the social and economic situation of people involved in the productive process in Colombia. He agreed with Father De Roux that, unlike what happens in other countries, drug trafficking in Colombia is also due to a “tragedy in the countryside”, which leaves no other options for the campesinos.

Although CAPAZ will not develop a vaccine against COVID-19 nor one to counteract violence, its Academic Director stated that the institute works hand in hand with organisations, institutions, and civil society, to promote research and teaching in order to have an impact on policy.

The event ended with a message of hope from Father Francisco De Roux: “my invitation is to accompany the work of the institutions and to create the vision of transformation that Colombia needs to overcome its past”.