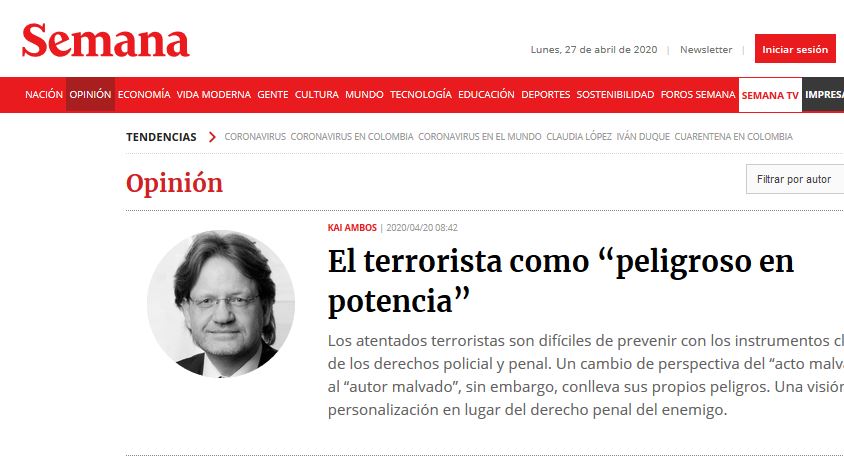 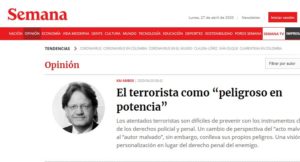 The new approach of the German anti-terrorist law

On April 20, 2020, Semana magazine published the analysis of the German professor and jurist Prof. Dr. Kai Ambos (Georg-August-Universität Göttingen) on the redirection of German anti-terrorist law towards a comprehensive security law, which focuses on “personalisation”. The new approach is no longer based on a concrete danger but a potentially dangerous actor, which leads to the extension of police and intelligence powers to a stage prior to the violation of legal assets or to a concrete danger.

This article outlines the implications of the personalisation approach on citizens’ privacy; the weaknesses of the risk measurement tools used to assess the likelihood of terrorist attacks, the implementation of discriminatory measures based on ethnic or religious criteria, and discusses other issues such as imminent danger and the right to preventive self-defence.

Read the article of Prof. Kai Ambos (in Spanish)