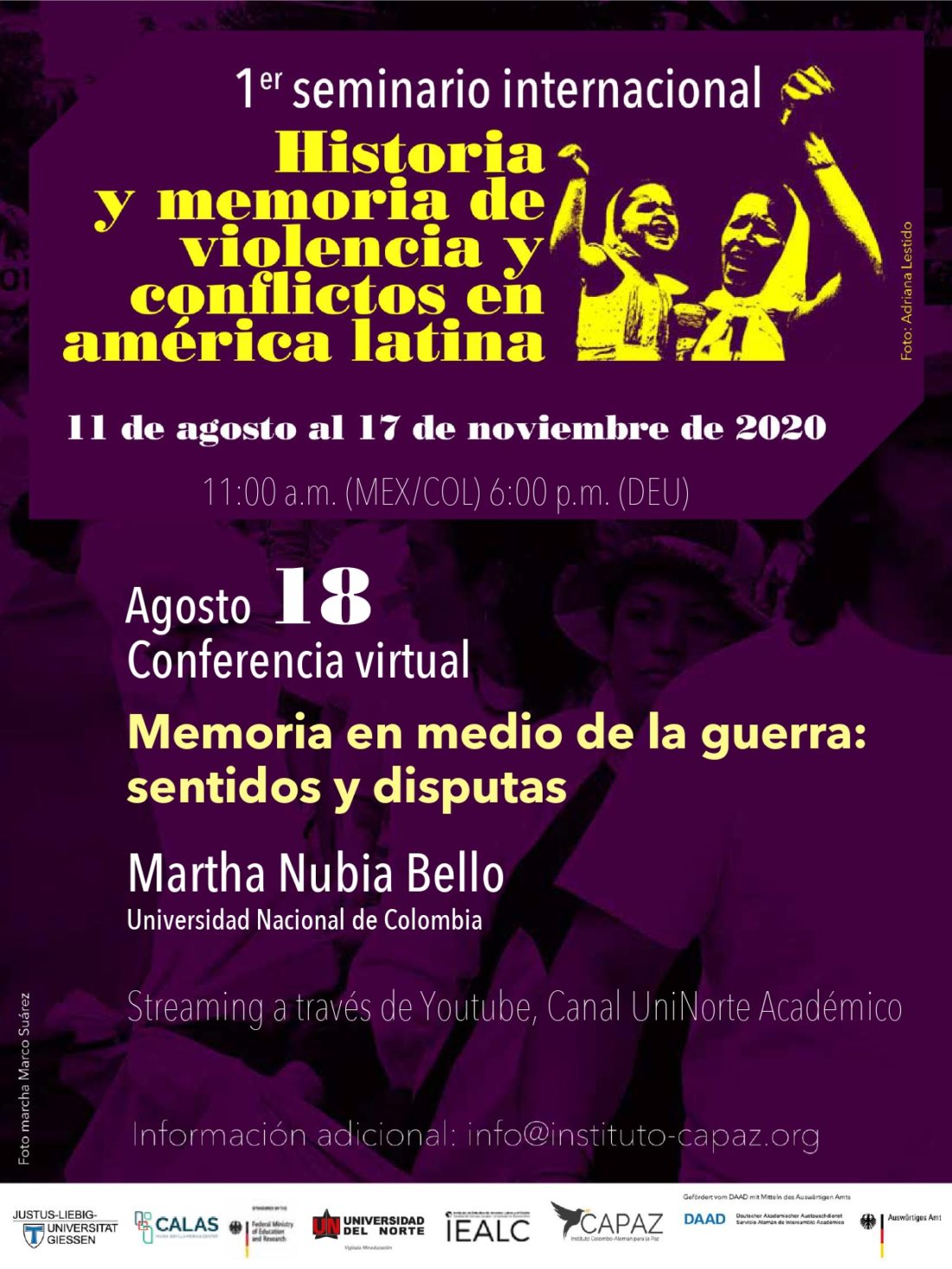 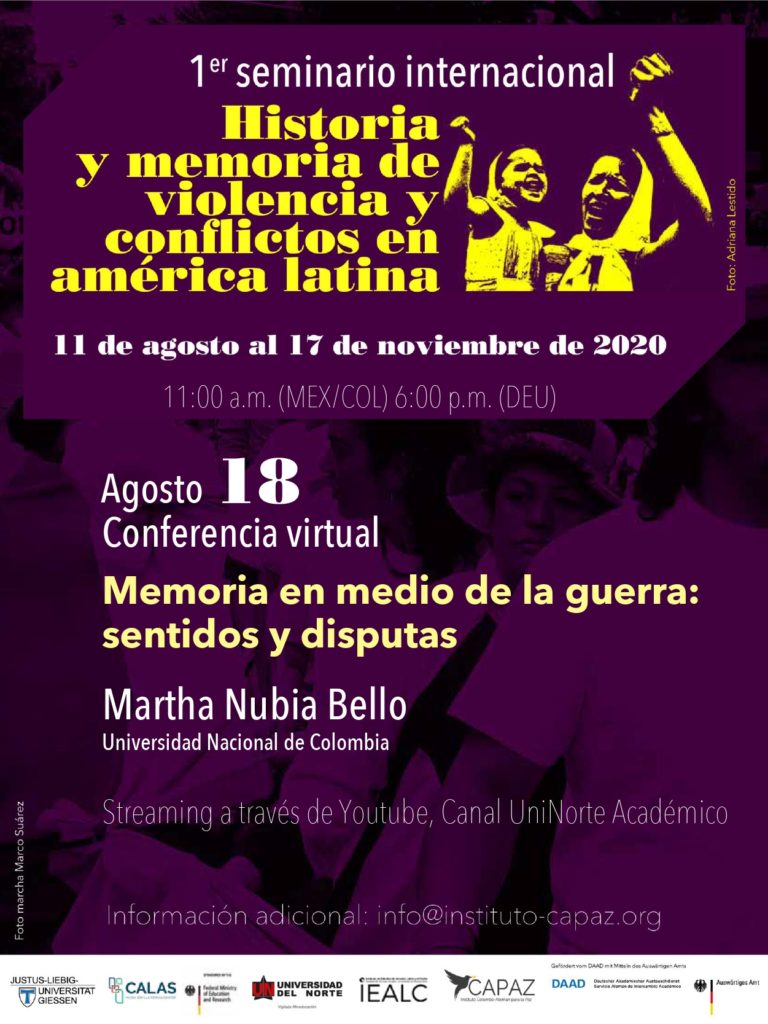 Researcher and professor Martha Nubia Bello (Universidad Nacional de Colombia) will be giving her online lecture in the second session of the series of online conferences of the I International Seminar called: “History and memory of violence and conflicts in Latin America”.

You can join the open online sessions through the Uni Norte Acádemico YouTube channel:

The I International Seminar will run from August to November 2020, featuring a series of online conferences hosted by Latin American and European researchers on the dynamics of violences and conflicts in the Latin American region, from a historical and memory perspective. The series was inaugurated on Tuesday, August 11, 2020 with a lecture by Mauricio Archila (Universidad Nacional de Colombia) on the history of protests which took place in Colombia between 1975 and 2019.

Watch the recording of the inaugural conference on the Youtube Channel Uninorte Académico.

The series of conferences of the I International Seminar entitled: “History and memory of violence and conflicts in Latin America” is organised by CAPAZ, Instituto de Estudios de América Latina y El Caribe at Universidad del Norte (Colombia), the CALAS Centre (Merian Centre for Advanced Latin American Studies), and the Justus-Liebig University, Giessen (Germany). All conferences will be held at 11:00 a.m. (Colombia/Mexico), and streamed on UniNorte Académico Youtube channel. The sessions will also be recorded for later viewing.