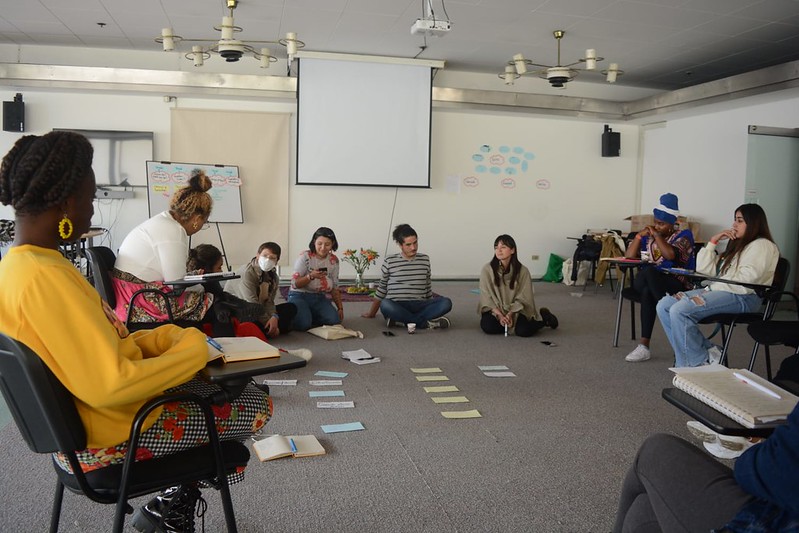 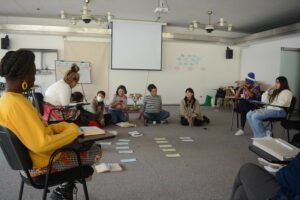 On July 2, 3 and 4, a training session was held for young facilitators of the “Communication and Political Action Laboratory”, an alliance between Capaz, the Luis Ángel Arango Library, and the La paz se toma la palabra project run by Banco de la República’s Cultural Sub-Management Office.

The purpose of the laboratory is to train local facilitators in political education, provide communication tools, strengthen pedagogical work and promote intercultural dialogue between young people from Colombia, Germany, and South Africa on political issues. 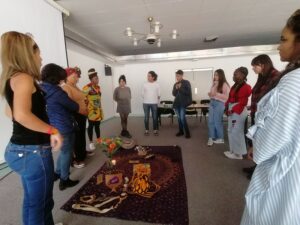 This training session was held at the Luis Angel Arango Library in Bogota and was attended by the eight young people who will represent Colombia in the Laboratory internationally. The selected leaders are recognized in their territories for contributing to and undertaking processes of social change with youth organizations in eight regions that have been affected by the internal armed conflict in Colombia: Tumaco, Buenaventura, Quibdó, Florencia, La Ceja, Bogotá, Montería and Riohacha.

On the morning of Saturday, July 2, Ana Roda (Director of the Luis Ángel Arango Library) and Stefan Peters (CAPAZ) opened the Training Day, led by Marcela Pardo (CAPAZ) and Julio Palacios, who led a series of workshops during the three days in which young people addressed concepts such as: politics, justice, peace, and democracy. 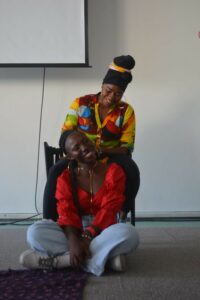 Methodologies and concepts to strengthen the young people’s pedagogical skills were also addressed during the workshops. The meeting ended with the participation of María Isabel Gonzáles (Luis Ángel Arango Library) and Laura Oliveros (La Paz se toma la palabra), who provided bibliography, presented processes for the creation of inclusion projects such as the glossary in Colombian Sign Language (LSC) Señas para la paz (Signs for Peace) and presented the toolbox of the La Paz se toma la palabra project, to support the mediation work to be undertaken by the youngsters. 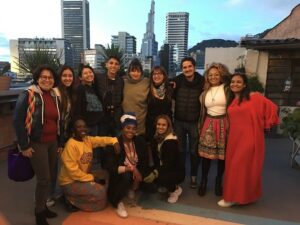 The laboratory will continue during the months of August and October in the regions, with four pedagogical sessions in which the eight young people will lead groups of 20-30 young people, teaching them the concepts of political education; to recognise the problems of their territories; and, through artistic and communication actions, propose changes for their environments. The voices and artistic actions of the youngsters will be exchanged in November with young people from Germany and South Africa. This exchange will conclude the process and consolidate a new youth network around political education. 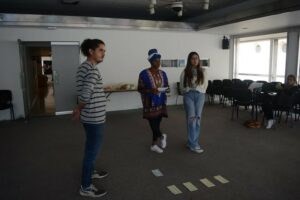