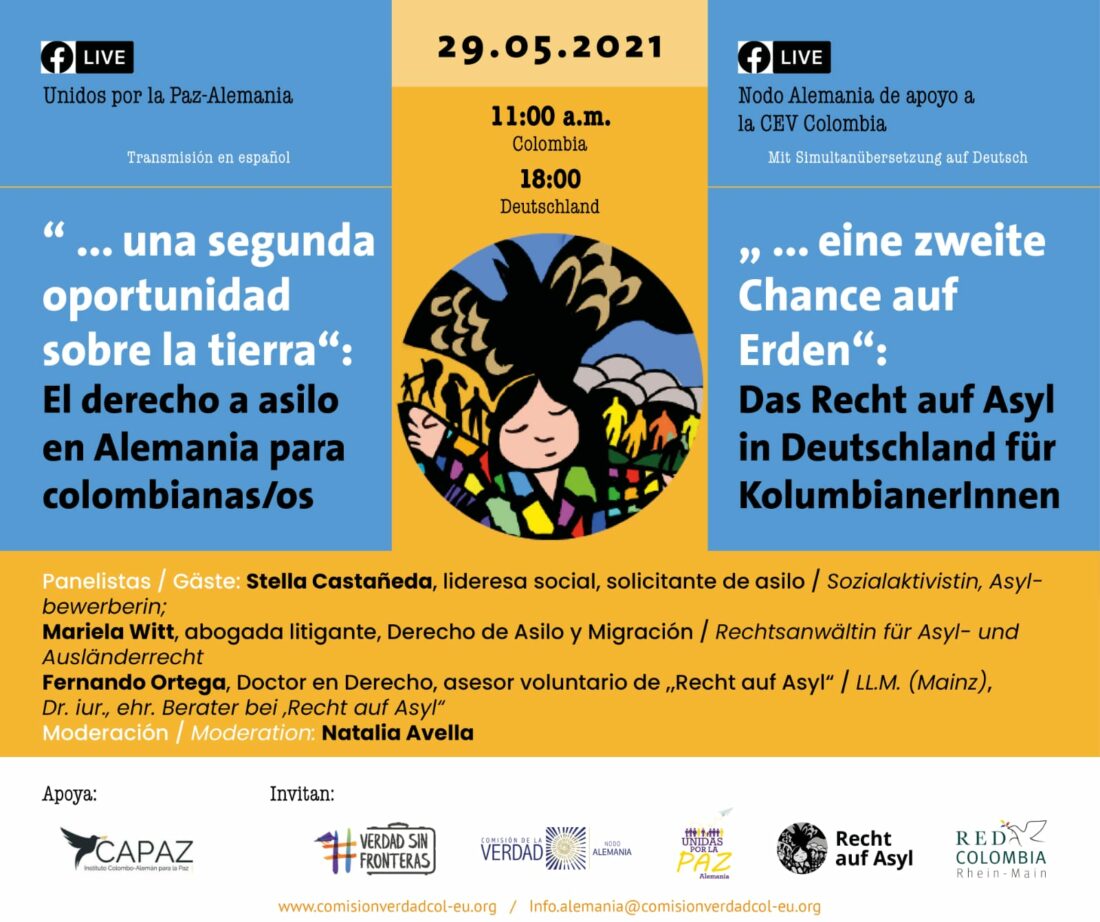 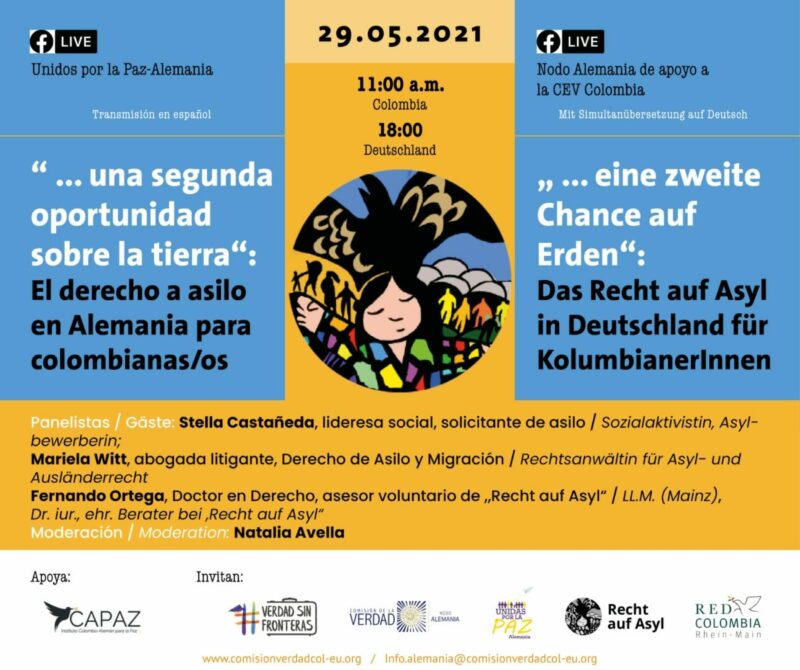 “…A second chance on Earth: The right of asylum in Germany for Colombian women and men” is the title of the online forum organised by CAPAZ-supported Nodo Alemania.

Germany supported Colombia’s quest for reconciliation by providing a special delegate for the peace process, Germany lent significant support to Colombia’s quest for reconciliation. However, this goal seems to remain a mere utopia, while social tensions in urban centres are increasing and armed groups in different parts of the country are violently fighting for control of areas where the Colombian state has historically and so far been unable to exert control. Despite the progress made, many Colombians continue to be affected by violence on a daily basis.

This discussion will focus on the impact of this complex problem of violence on certain segments of the population and how it relates to the increase in asylum applications from Colombian citizens in the Federal Republic of Germany. To do so, we will analyse, among other things, the Asylum Act and the German asylum system. We will also consider the decisions of administrative authorities as well as the jurisprudence of German courts in cases concerning the German state’s duty to protect Colombian asylum seekers.

The event is organised by: The German support group to the Colombian Commission for the Clarification of Truth, Coexistence and Non-Repetition Nodo Alemania;  the collectives Red Colombia Rhein-Main and Unidos por la Paz Germany, as well as the “Derecho de Asilo – Recht auf Asyl” initiative, backed by the CAPAZ.