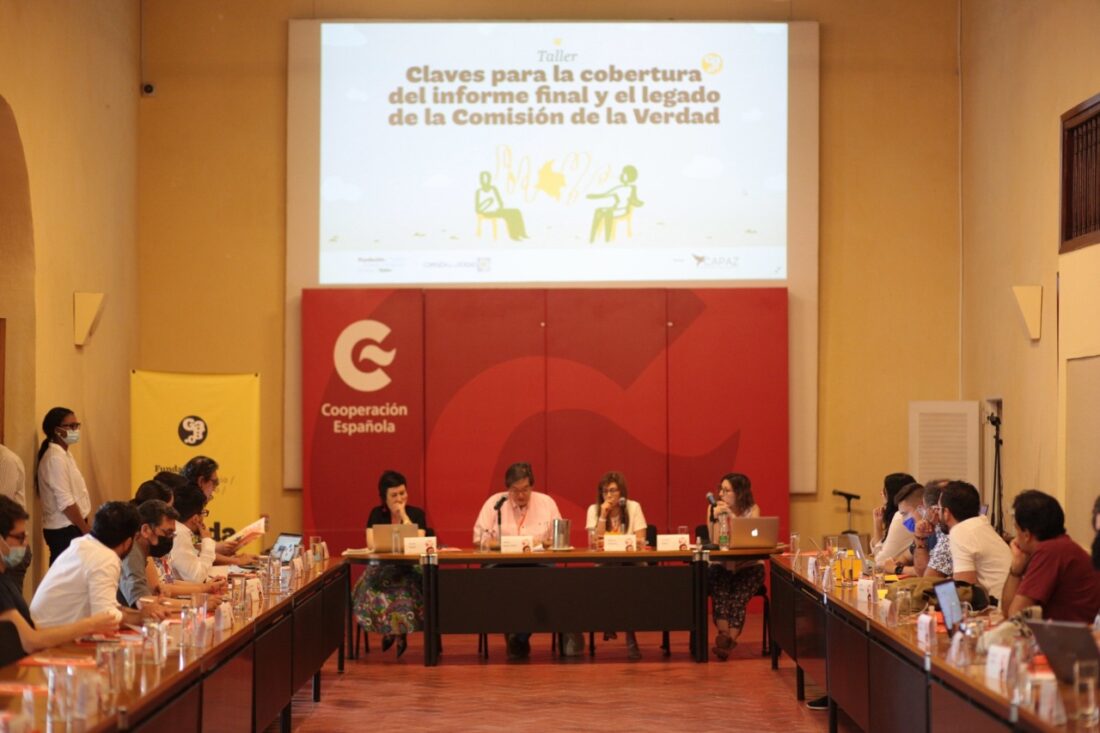 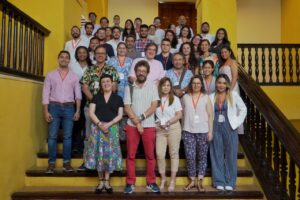 In a note published on its web site, Fundación Gabo highlighted the work that is being conducted in alliance with CAPAZ and the Truth Commission (CEV). The work consists in a series of workshops called ‘Guidelines for the coverage of the Final Report and the legacy of the Truth Commission‘. These «are intended to provide journalists with a rigorous approach to the report, in order to bring the truth about the armed conflict and the recommendations – to stop it, overcome it, and build a peaceful future – to the national public debate». 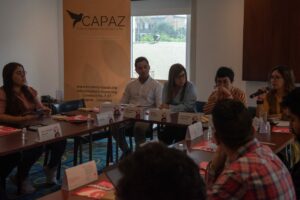 «Four regional workshops will be held in April and May in Cartagena, Cali, Neiva, and Bogotá. These will be directed by Nubia Rojas Gutiérrez (Colombia), a journalist and independent consultant specialising in peace, social, political, and humanitarian issues».

«According to CAPAZ Science Collaborator, Andrea Neira, this centre of academic excellence in research and teaching “is committed to peacebuilding and to the socialisation and appropriation of the Truth Commission’s legacy and the report. At CAPAZ, we consider that one of the current challenges in this line is to think about the difficulties and responsibilities that journalists have to tackle in terms of informing clearly and simply, but above all, in allowing the country to talk about this legacy» – Fundación Gabo.