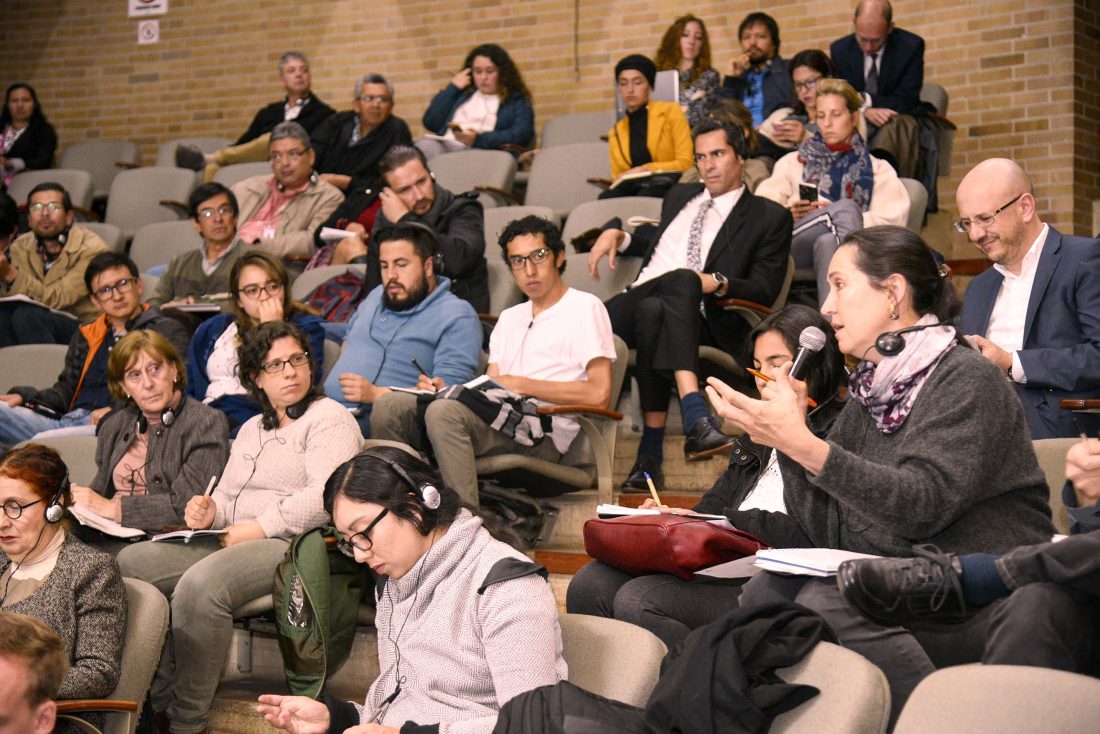 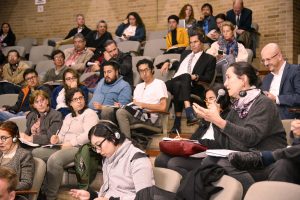 The forum “Citizen Political Education” gathered expert voices from Colombia and Germany around the same purpose: to strengthen citizen political education in Colombia. During the conference held on September 5, 2019 at Universidad Nacional de Colombia in Bogotá, participants were able to learn about academic reflections, practical initiatives, and future ideas on political and civic education in Colombia.

The event was organised by the German-Colombian Peace Institute – CAPAZ and the Centro de Pensamiento Nicanor Restrepo Santamaría para la Reconstrucción Civil (CeNiRS) at Universidad Nacional, with support from the German Embassy in Colombia, the German cooperation agency GIZ in Colombia, and the AMBERO consortium, Commo Consult, and Ideaborn.

During the opening of the forum, representatives of the organising institutions agreed to extend an open invitation to different social, academic, political, and educational sectors to join the purpose of promoting political education in Colombia. 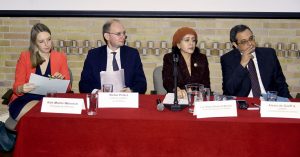 CAPAZ Director Prof. Dr. Stefan Peters emphasized the contribution that citizen political education can make to strengthen democracy and peace. Luz Teresa Gómez de Mantilla, vice-rector of research at Universidad Nacional, highlighted the role of the university as a plural space for collective and open discussion on issues affecting society.

During the two afternoon panels, representatives from academia, civil society, and the education sector discussed the importance of citizen political education in Colombia and presented different experiences and proposals. 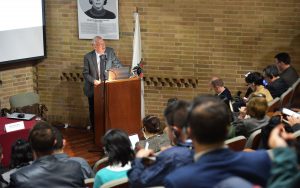 The academic foundations of the “politische Bildung” were presented by Prof. Dr. Bernd Overwien, from the University of Kassel, Germany. Prof. Overwien offered an approach to the term and its application in the contexts of German-speaking societies, dating back to the post-war years. Civic political education or politische Bildung in Germany has transcended the school environment, and its scope today includes different forms of civil society organisation.

You may also like: Civic education in Germany: Development and aspects of the current discussion (CAPAZ Working Paper written by Prof. Dr. Bernd Overwien, in Spanish)

Thomas Krüger, president of the Federal Centre for Political Education (BpB), presented the work of the office he heads. The BpB reports to the German Ministry of the Interior and has been working since the 1950s to create, promote, and disseminate educational content and tools for various sectors of society. 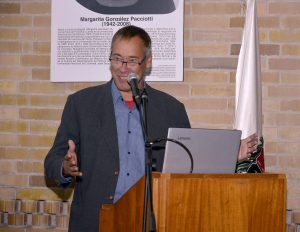 The main purpose of the BpB is to inform and educate citizens not only about political life, but also about everyday and current issues such as the environment, conflicts in schools, working life, gender, and history. Large amounts of information are made available on its website and in a wide variety of print publications, for example around 500 books every year. More of 220 employers collaborate with the BpB in its headquarters in Bonn und Berlin.

“Political education is a task that needs to be fuelled daily”

For Thomas Krüger, the political education of citizens is a process that defends democracy and must adjust to the plurality of societies. According to Krüger, democracy requires democrats, and thus democracy must be part of a society’s formative and informative agenda. The promotion of democratic values should not be the exclusive task of political parties or actors.

In Germany, political education takes place in different fields: school, extracurricular or outside classrooms and also in the field of self-learning. The latter implies critical activism and willingness to self-qualify, which is typical of young people today.

Academic discourse is part of it, but it’s not everything

The challenge is to involve and maintain motivation among citizens, especially among young audiences. The Federal Centre for Citizen Political Education offers contents based on academic research, presented in formats such as didactic material, printed texts, games, online applications, audio-visual material, and contents in social networks.

“With different formats of content presentation, we seek to ‘ignite’ motivation and make audiences go from passive to active”, said the President of BpB. Actors with recognition and influence in society can also contribute to political education. The purpose of the BpB is precisely to reach audiences that are not familiar with political issues. 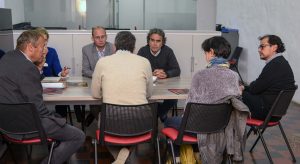 In Colombia the call is to dialogue

For Thomas Krüger, in Colombia, we have to look for new ways to overcome the conflict. In the current Colombian context, Krüger perceives the conflict as still very close, very present. He emphasised dialogue as a mechanism for overcoming polarisations and the conflict itself.

“Colombia must establish dialogue and put it above private interests. The current context of transition after the signing of the peace accords calls for individualism to be set aside, fertilising and caring for plurality. Political education is per se a process of dialogue that is built from different perspectives”.

Thomas Krüger highlighted the interest and commitment to citizen political education initiatives he has encountered during his visits to Colombia.

He highlighted, for example, initiatives in rural areas, associations of victims or indigenous communities. “Values such as solidarity, trust and mutual support allow us to overcome the discourses that persist in the idea of reproducing conflict”. 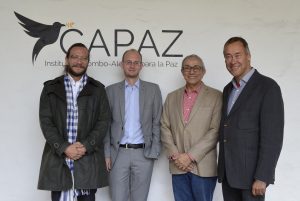 Thomas Krüger together with the Director and representative of CNMH. Photo: Carolina Cerón

Mr. Krüger’s visit to Colombia was also involved discussions on the role of citizen political education in the peace process and the strengthening of democracy. On the agenda, Mr. Krüger met with Colombian congressmen, the director of the National Centre of Historical Memory, Dr. Darío Acevedo Carmona, representatives of the Commission for the Clarification of Truth, Coexistence and Non-Repetition (CEV), and Sergio Fajardo.

Informations released about the forum: