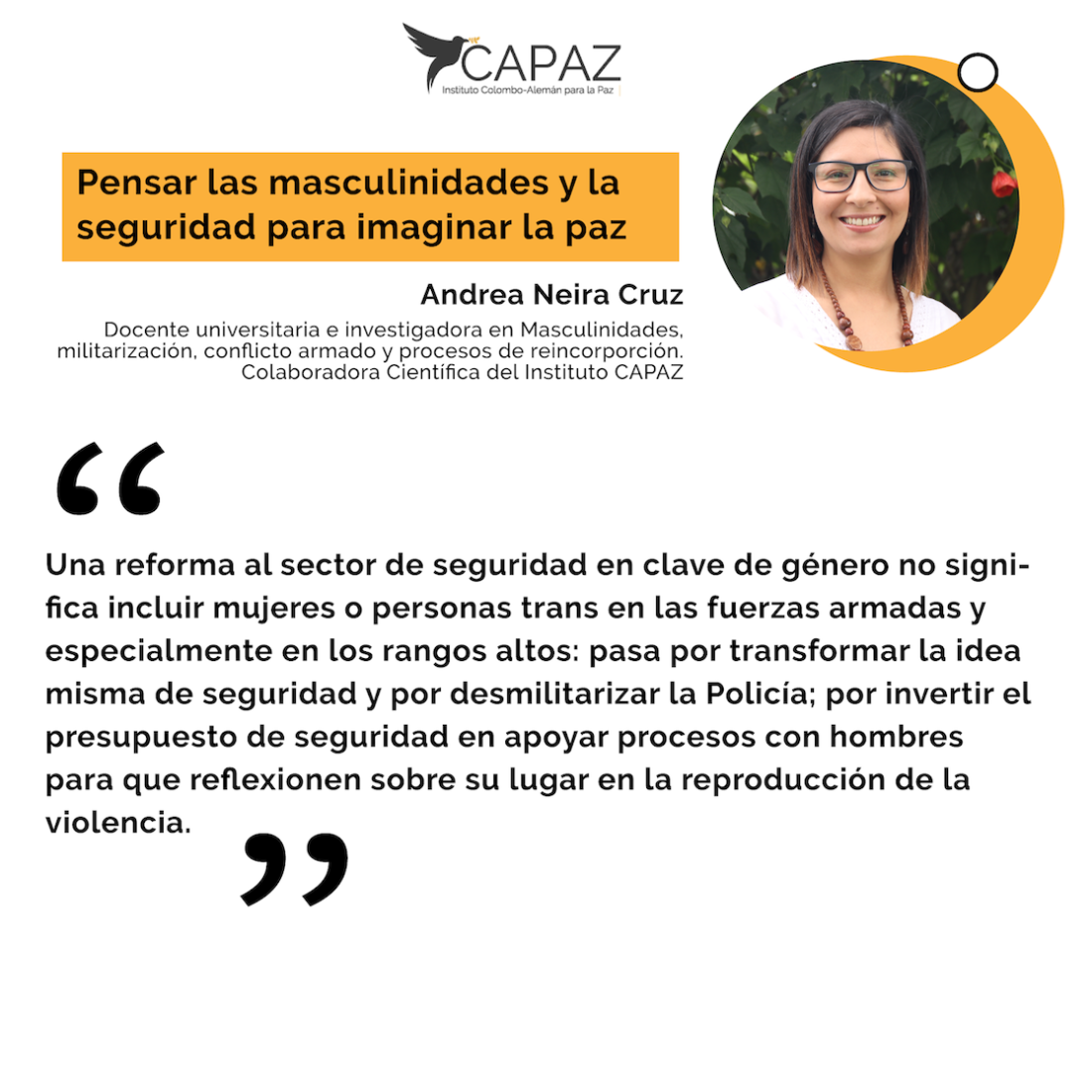 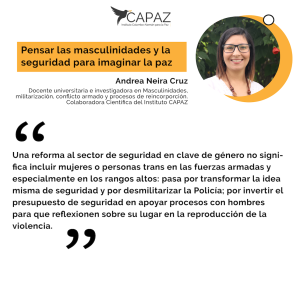 In her column, Andrea writes a series of recommendations and suggestions for the discussion on security sector reform from a gender perspective. That is, taking into account reflections on the notion of masculinity and gender in the armed forces, she proposes how this point should be taken into account for the necessary reform of the sector in question. This was also one of the recommendations included in the Final Report of the Truth Commission.

«Imagining peace in terms of gender also means challenging militarized masculinities and the gender technologies that produce them. For example, it implies reducing military expenditures and the army’s forces, thinking about community policing, and eliminating compulsory military service. Comprehensive thinking about security requires comprehensive thinking about gender. A gender-sensitive reform of the security sector does not necessarily involve including women or transgender people in the armed forces and especially in the higher ranks: it involves a transformation of the very idea of security and demilitarization of the police; investing the security budget in supporting processes with men to reflect on their role in the reproduction of violence» – Andrea Neira.