“Living, telling and making known”, a video from the CAPAZ “stabilization of the peace process” project 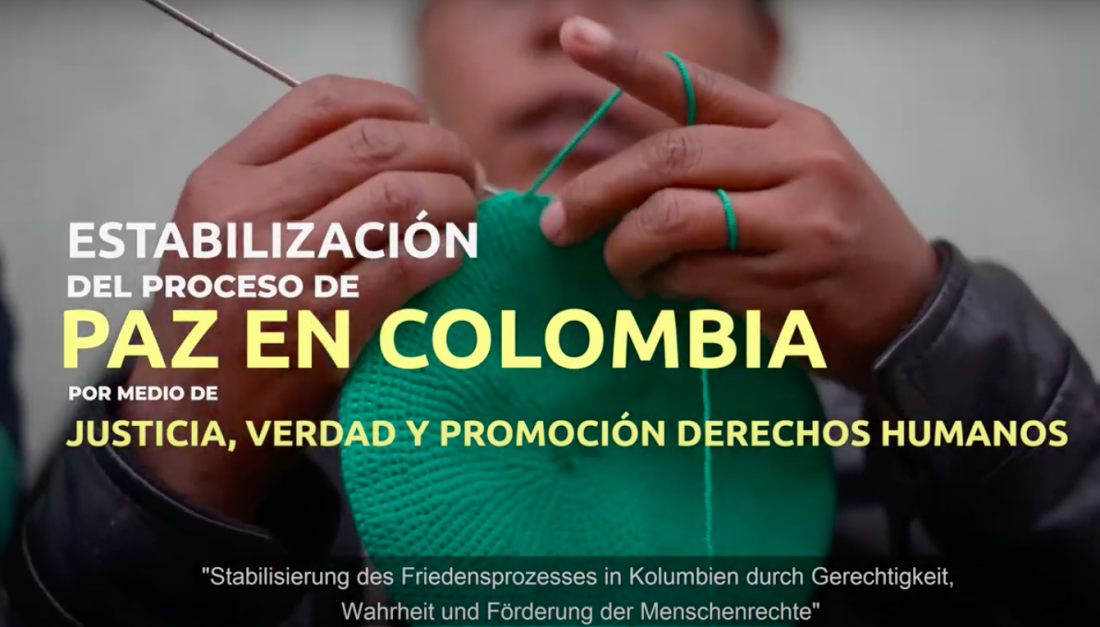 “Living, telling and making known”, a video from the CAPAZ “stabilization of the peace process” project

“Living, telling and making known”, a video from the capaz “stabilization of the peace process” project

This video tells the story of how CAPAZ had been providing technical support since the end of 2020, to 10 victims’ organizations in different regions of the country and in exile, so that they could prepare their reports for the Special Jurisdiction for Peace (JEP). The consultancy was part of the project “Stabilization of the Peace Process in Colombia through Justice, Truth and Promotion of Human Rights”, financed by the German Ministry of Foreign Affairs and implemented in Colombia by CAPAZ.
The reports collected and analyzed by the JEP serve as input to investigate and punish those most responsible for the crimes that occurred in the context of the armed conflict, but also to promote the restoration of the damage done. The 974 reports from victims’ organizations and State institutions, 300,000 victims associated with them, and 1,190 participants in 7 macro-cases investigated by the JEP’s Recognition Chamber, constitute an important body of information for the reparation of the victims of the conflict.  The contribution of those who give their intimate stories is fundamental to contribute to a stable and lasting peace.

CAPAZ would like to thank all the organizations that participated in this arduous task. Their tenacity and resilience is admirable and encouraging.

Click here for the full video on the project: