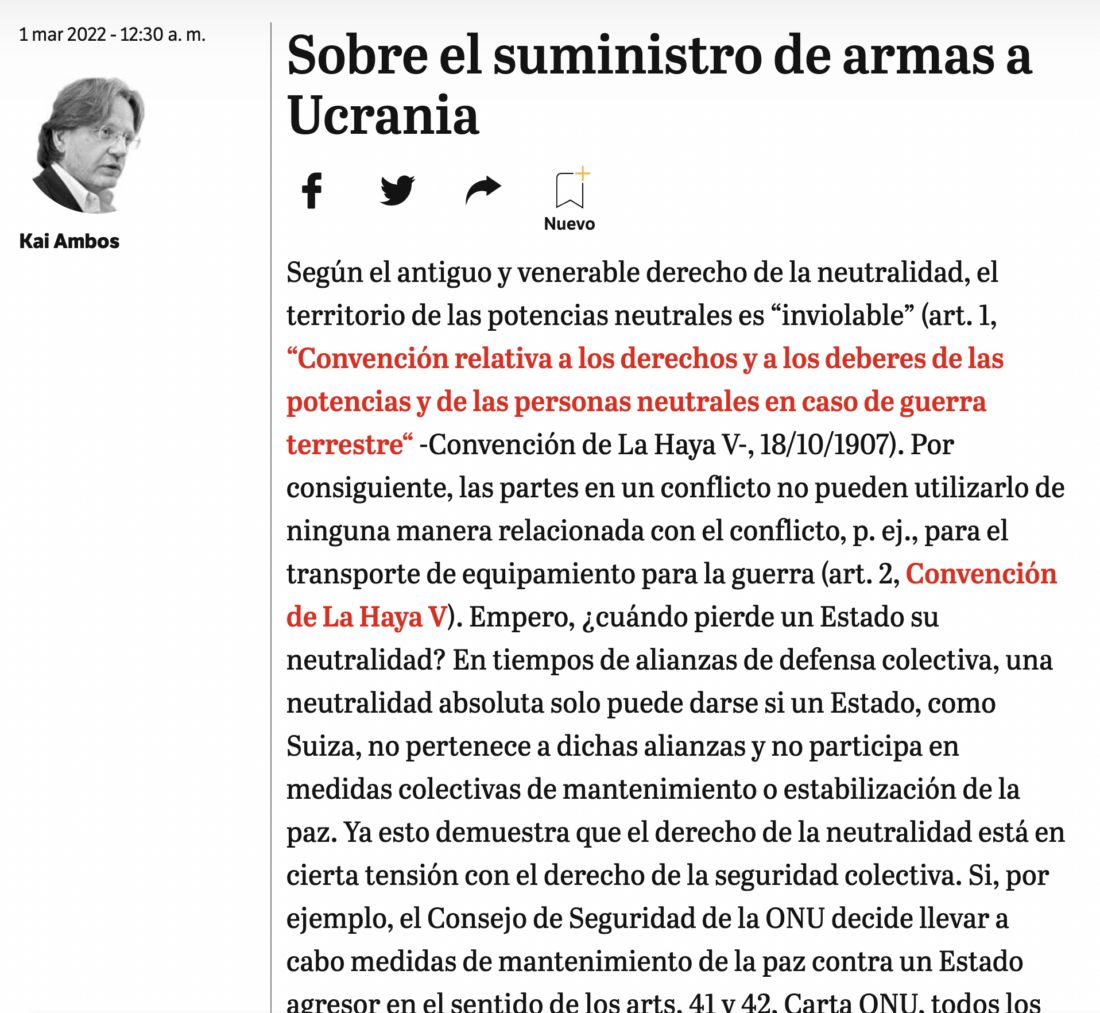 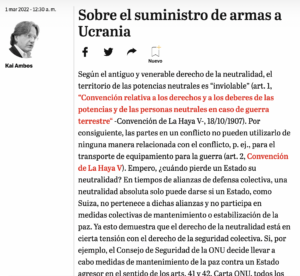 According to the ancient and venerable law of neutrality, the territory of neutral powers is “inviolable”. But when does a state lose its neutrality? – Kai Ambos

Kai Ambos is professor of criminal law and criminal procedure, comparative law, international criminal law, and public international law at the University of Göttingen (GAU); he is also a judge at the Kosovo Special Court, The Hague, and an advisor (amicus curiae) to the Special Jurisdiction for Peace in Colombia. Susann Aboueldahab has been a research fellow at the Institute for Criminal Law and Criminal Justice at the University of Göttingen since 2017. Aboueldahab researches issues of international criminal law and public international law, and is currently working on a doctoral thesis focusing on sexualised and gender-based violence.