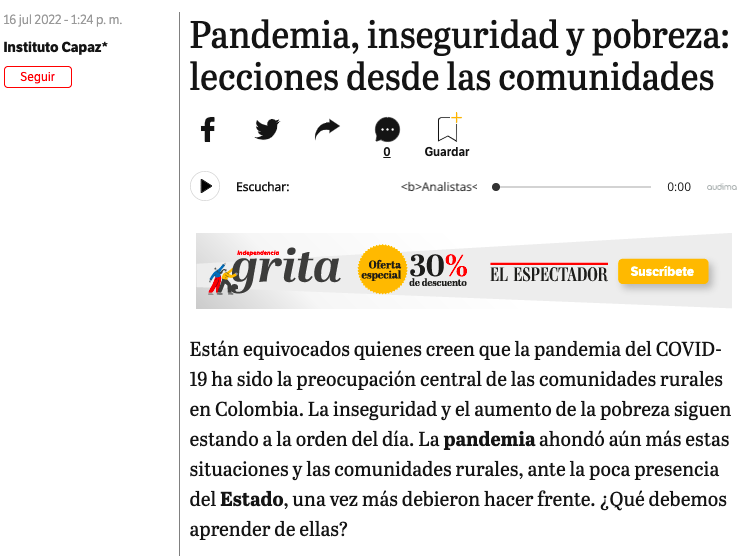 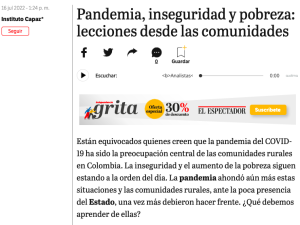 Within the framework of our Education and Science Diplomacy project, CAPAZ is producing a series of audiovisual products such as video-series, columns, and academic or cultural events. This project was the result of having received the award as one of the three most successful experiences in science diplomacy granted by the German Federal Ministry of Education.

This CAPAZ opinion column that we launched in alliance with our colleagues from El Espectador’s Colombia + 20 is called « Pandemic, insecurity, and poverty: lessons from the grassroots experience». The following authors were featured in the column:

Leonardo Salcedo (Researcher at the University of Leipzig, Germany)

«In order to fulfill its promise to implement the Final Agreement, the new Colombian government must learn from these community actions that were evident in the pandemic: to strengthen rurality and territorial development. Solidarity networks, food trade, and the positive lessons learned in this regard should be the basis for the programs of the Integral Rural Reform».