PROF. DR. KAI AMBOS HAS BEEN HONOURED FOR HIS COMMITMENT TO THE PEACE PROCESS IN COLOMBIA 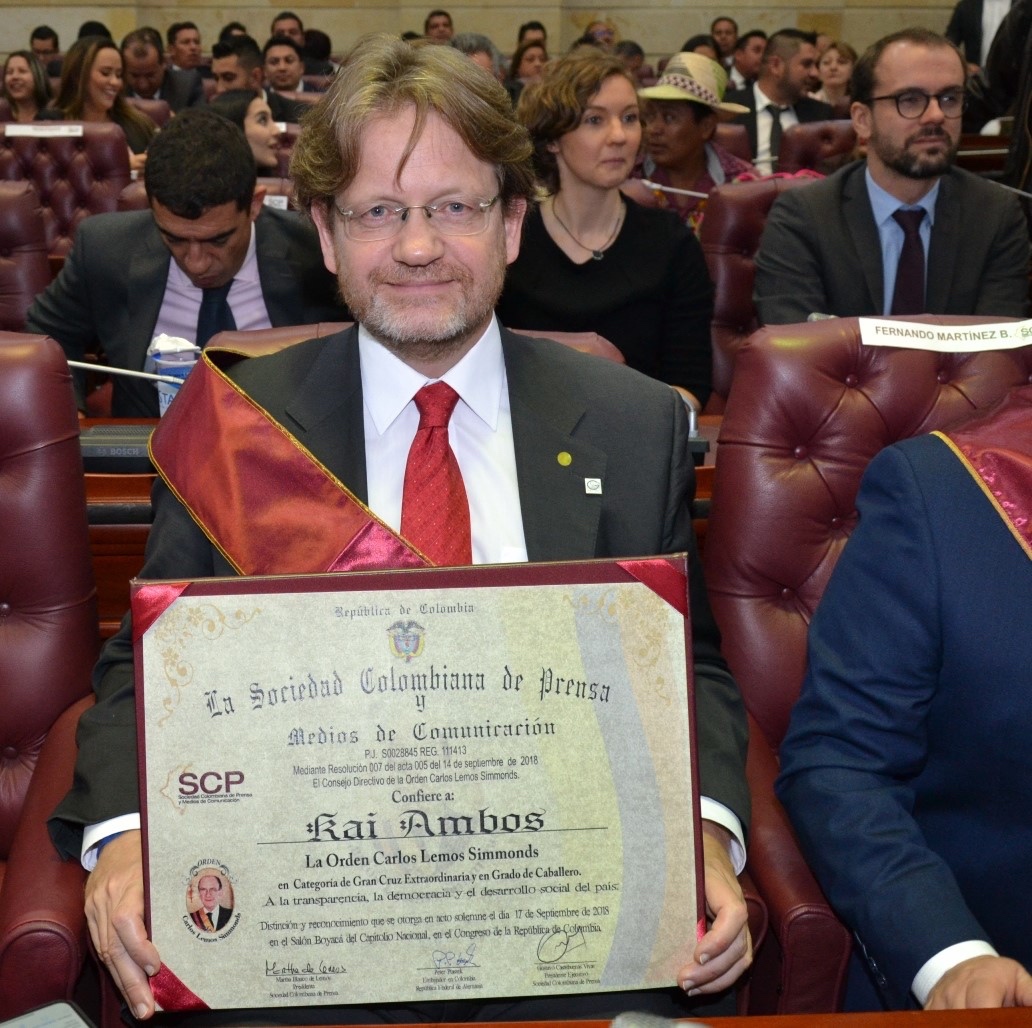 PROF. DR. KAI AMBOS HAS BEEN HONOURED FOR HIS COMMITMENT TO THE PEACE PROCESS IN COLOMBIA

(From the press release No. 192 published on September 25 2018 by the University of Göttingen) 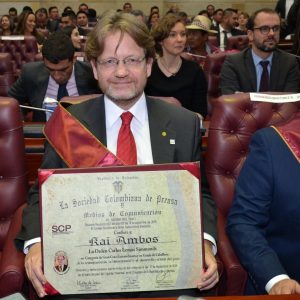 Prof. Dr. Ambos during the ceremony in the Colombian Congress Building. / Photo: German Embassy in Bogotá.

Prof. Dr. Kai Ambos has been honoured by the Colombian Press and Media Society (SCP) and the German Embassy in Bogotá with the Carlos Lemos Simmonds Award for his commitment to the peace process in Colombia. The ceremony was held in Salón Boyacá of the Colombian Congress Building.

Kai Ambos has been working for thirty years in and on Colombia. In 2017 he was appointed as one of the amicus curiae of the Special Jurisdiction for Peace (Jurisdicción Especial para la Paz – JEP). Ambos is Director of the Centro de Estudios de Derecho Penal y Procesal Penal Latinoamericano (CEDPAL) at the University of Göttingen. He is spokesman for this university in the Colombian-German Consortium of the German-Colombian Peace Institute – CAPAZ.

The Carlos Lemos Simmonds Award rewards contributions to transparency, democracy, Colombian-German friendship and social development. At the ceremony the German Ambassador to Colombia, Dr. Peter Ptassek, noted in his speech that the award is a tribute to those who advocate for transparency in different fields.

You can read here the press release No. 192 of the University of Göttingen (in German).