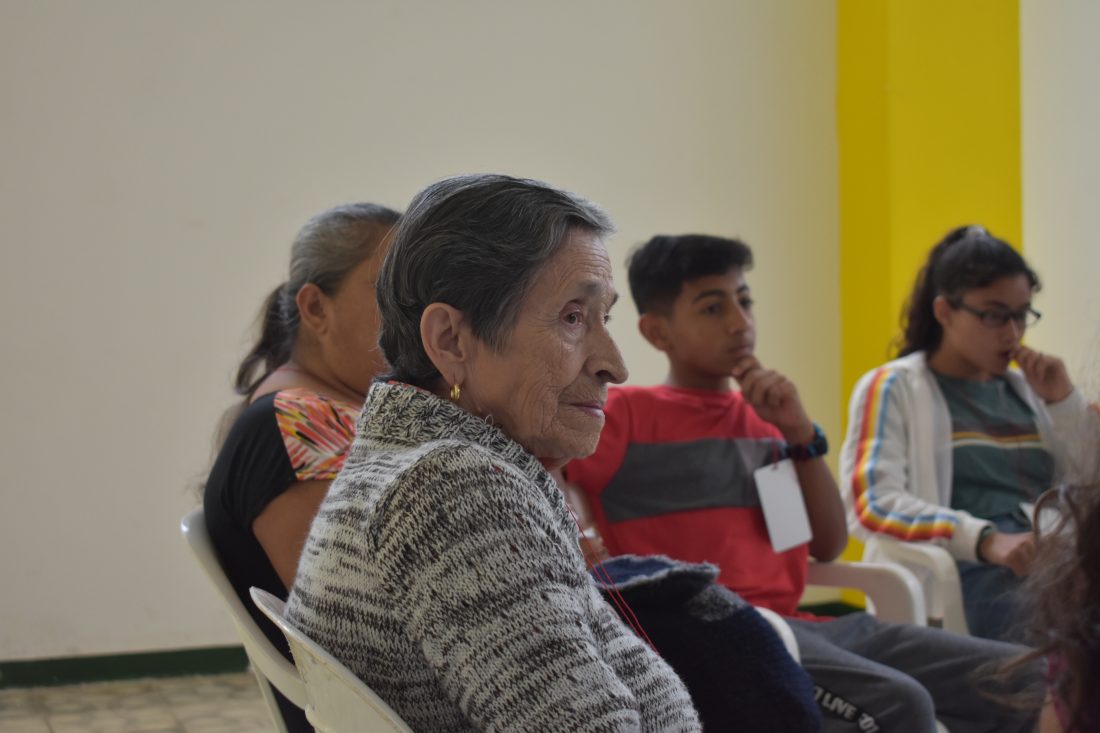 The workshop on body and memory: “Cuerpo y Memoria” organised with the support of the German Colombian Peace Institute CAPAZ, Pontificia Universidad Javeriana in Bogotá, Katholische Universität Eichstätt-Ingolstadt in Germany, and Universidad Tecnológica de Pereira, was directed by the Colombian actress Reina Sánchez, on February 16 and 17, 2019.

The activity took place in Quinchía, in the Risaralda department, in Colombia’s coffee zone. Professor Alberto Berón (Universidad Tecnológica de Pereira) coordinates the exploratory study “The persistence of community links and the construction of memory and peace. The case of Quinchía in the Department of Risaralda”, which benefited from the CAPAZ 2018 call. The workshop in Chinchía is one of the activities of this exploratory study. We are pleased to share Professor Berón’s impressions on the workshop.

Quinchía, Risaralda: Community links as a form of resistance 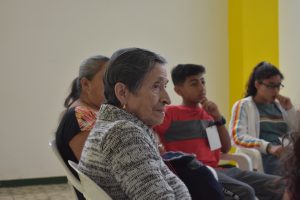 Eighty-two year-old Doña Nilfa’s face, surrounded by people much younger than her, all taking part in one of the theatre exercises at the “Cuerpo y Memoria” workshop, was one of the demonstrations of lasting community ties. The figure of Doña Amparo, another of the elderly participants, allowed an exchange of life experiences, enriched by the presence of the municipality’s teachers, social leaders, children and youngsters.

The visits, meetings, and conversations with the local inhabitants, have contributed to gaining an understanding of a phenomenon that has been a concern for several years: how does a community and a territory that has experienced and suffered through the armed conflict through its different phases, persist, hidden in the mountains, in the struggle to defend its resources, among which: water, coffee, and gold?

The answer to this question is written all over the faces of the participants. Their beautiful eyes reflect their ability to deal with the loss of their children, brothers and sisters, husbands and wives, friends. The villages here, three hours from Pereira, the capital of Risaralda, resist by maintaining their community ties.

In 70 years, these ties have allowed successive generations in Quinchía to survive as a group, in opposition to the interests of economic actors that have wanted to extract their resources. These ties have also allowed them to deal with the political intolerance to the presence in the region of insurgent and counterinsurgent groups and state repression.

This experience of constructing a peace initiative has allowed us to approach the dynamics of a territory in which the close network of different generations, the oral tradition of the inhabitants, their taste for narrating stories, and the love of their terruño, as they call their land, keep the social memory alive.