LAST CHAPTER OF “ENTRE NOS”: THE LEGACY OF THE TRUTH COMMISSION 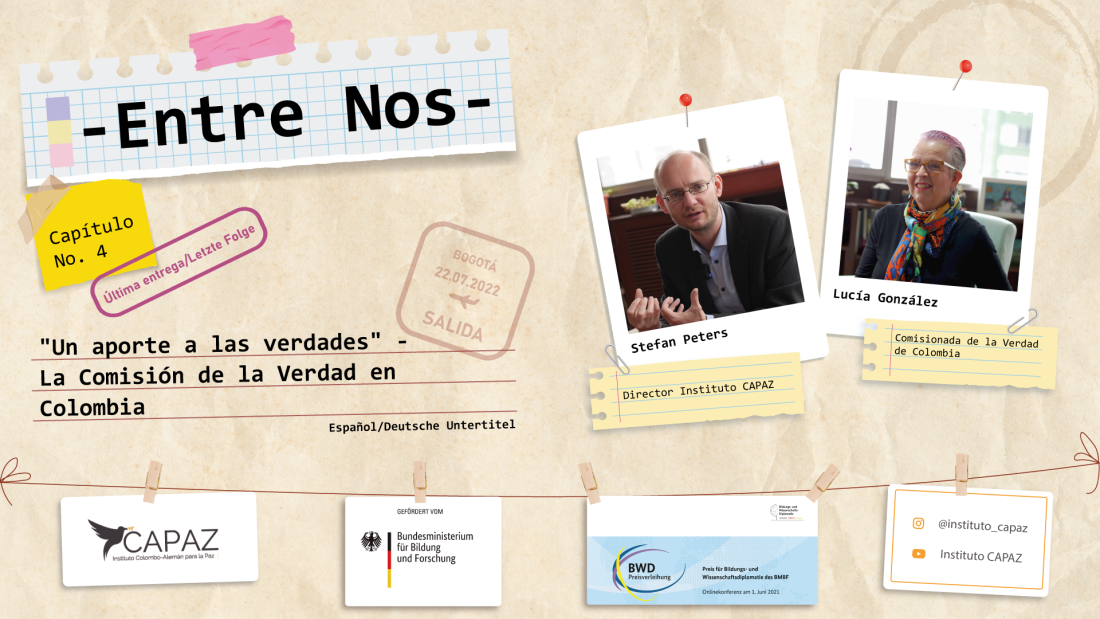 LAST CHAPTER OF “ENTRE NOS”: THE LEGACY OF THE TRUTH COMMISSION

Do you remember June 28 at the Jorge Eliécer Gaitán Theater in Bogotá? What were you doing?

Many of us were glued to the live broadcast of the event of the presentation of the Truth Commission’s final report. The theater hall was full and there were great expectations. But have you ever thought what the commissioners felt days, hours before that big event? What were they doing during the countdown?

Well, CAPAZ was talking with Commissioner Lucia Gonzalez the day before the delivery of the report. Lucia and CAPAZ Director Stefan Peters talked about the report, the work of the Commission, the findings and recommendations, the national and international expectation. It was a mixture of nerves, excitement, and sincerity. A conversation that is an invitation to read, discuss and take ownership of the report. To open our hearts as individuals and as a society, as what we are and what we could be.

This is episode number four of Entre nos, the LAST of this audiovisual series of the CAPAZ Education and Science Diplomacy Project. There have been four meetings and dialogues between people from different backgrounds and jobs, but all with one purpose: to contribute to Colombia’s peacebuilding efforts.

Such nostalgia! We are ending the “Entre nos” series, but we are left with the joy of having shared four wonderful, eye-opening experiences with you. Don’t miss this closing episode and, if you haven’t yet caught up, you can watch the whole series on our YouTube channel

Soon, we will also air the final episodes of La Lupa and Vox Populi. All the videos of the project are subtitled in German – don’t miss an episode and don’t forget to share them!”