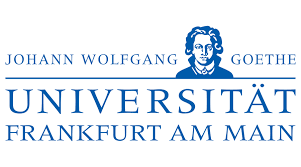 Through the Institute for Romance Languages and Literatures (Institut für Romanische Sprachen und Literaturen), the Goethe University Frankfurt am Main in Germany has been appointed as a new CAPAZ associate member.

The spokesperson for this institution at CAPAZ will be Prof. Dr. Roland Spiller. One of the main axes of research and teaching of the working group in Frankfurt is “Memory and Trauma” in literature. This area of research has focused on the different processes of memory construction that have developed in countries of the Southern Cone or Central America. Since the signing of the peace agreement in 2016, it has also turned its attention to the phenomena of memory associated with the internal conflict in Colombia.

“The case of the armed conflict and the subsequent implementation of the Colombian peace process is an object of study of great relevance not only for our institution, but also for a country like Germany, which has been involved in wars throughout its history and in which there is a constant effort to preserve the memory of what happened. At our Institute, we are extending this work to research conflict in other parts of the world, especially in Latin America. The novelty of the peace agreement in Colombia offers us the possibility to take part in its development and analysis from our field of memory research in order to contribute to the understanding, significance, and permanence of its socio-historical importance. We consider that being a CAPAZ associate member represents a necessary exchange for the objective investigation of the issue and the updating of academic positions based on which the work of memory, migration, and conflict is conducted”.

Founded in 1914, Goethe University Frankfurt is the third largest university in Germany (46,000 students by 2020), known worldwide for its developments in the human, social, and natural sciences. Some of its most renowned figures are, for example, the Frankfurt School (“Frankfurter Schule”) in sociology and philosophy, and Paul Ehrlich who laid the foundations for chemotherapy and the Stern-Gerlach experiments that changed the history of quantum physics.  This public, autonomous university has a wide range of faculties, institutes, archives, libraries, and interdisciplinary clusters of excellence, making exchange in the most diverse regional and international networks essential.