Online event organised by CAPAZ and Attorney General’s Office: Victims and the fight against impunity 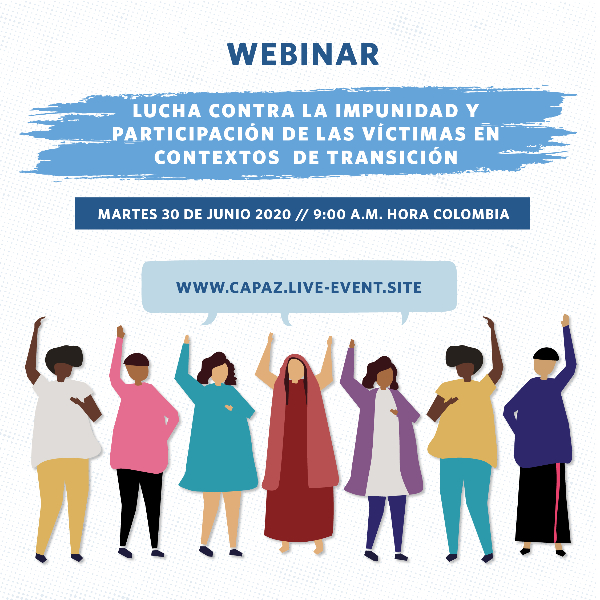 Online event organised by CAPAZ and Attorney General’s Office: Victims and the fight against impunity

CAPAZ and the Attorney General’s Office, in association with El Espectador’s Colombia2020 extend an invitation to all those interested to participate in the webinar: “The fight against impunity and participation of victims in transition contexts”. 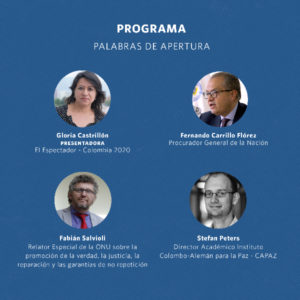 During the panel, experts from the field of transitional justice will discuss three central themes in the transition context: the fight against impunity; the participation of victims; and the sanctions that, in Colombia, will be imposed within the framework of the justice component of the Comprehensive System of Truth, Justice, Reparation and Non-Repetition.

The panel includes Clara Sandoval (University of Essex); Sergio Jaramillo (Former High Commissioner for Peace), and Kai Ambos (CEDPAL-University of Göttingen), who will review the proposed topics from comparative perspectives, with emphasis on the Colombian case. Mónica Cifuentes, Delegate Attorney before the Special Jurisdiction for Peace – JEP, will moderate the panel, while Gloria Castrillón, Editorial Director of Colombia2020 of El Espectador, will introduce and close the event. 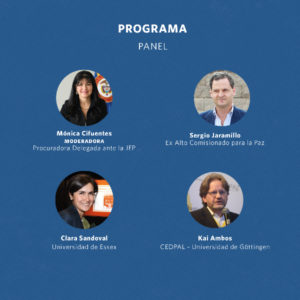 In this online event, academia and institutions join forces to make this academic space available for debate, with the victims and the fight against impunity at the centre of the discussion. Here, the Attorney General’s Office will represent the public institutions at the highest level of the Colombian government, while CAPAZ represents the German-Colombian network for academic cooperation and research on peace issues in Colombia.