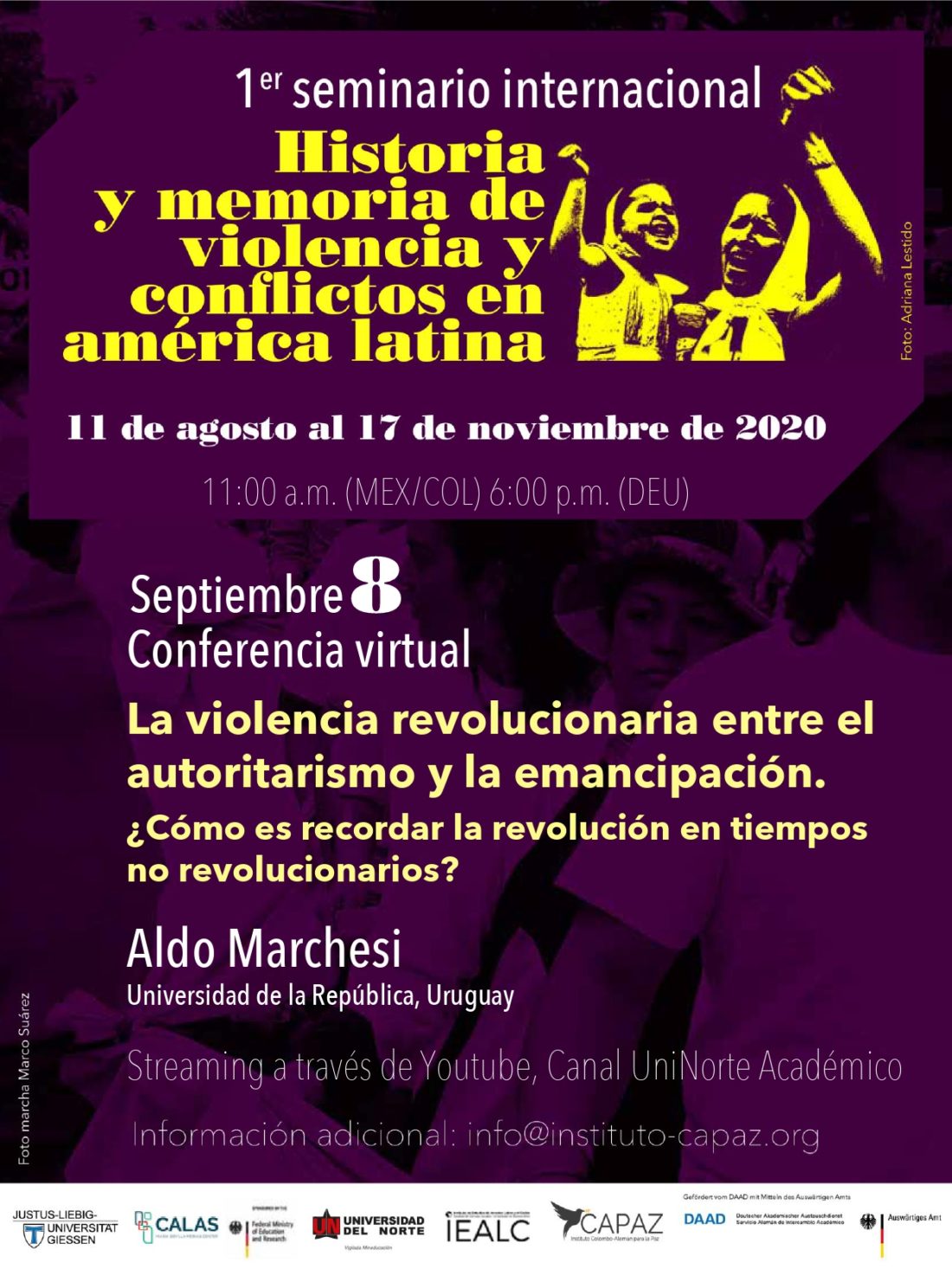 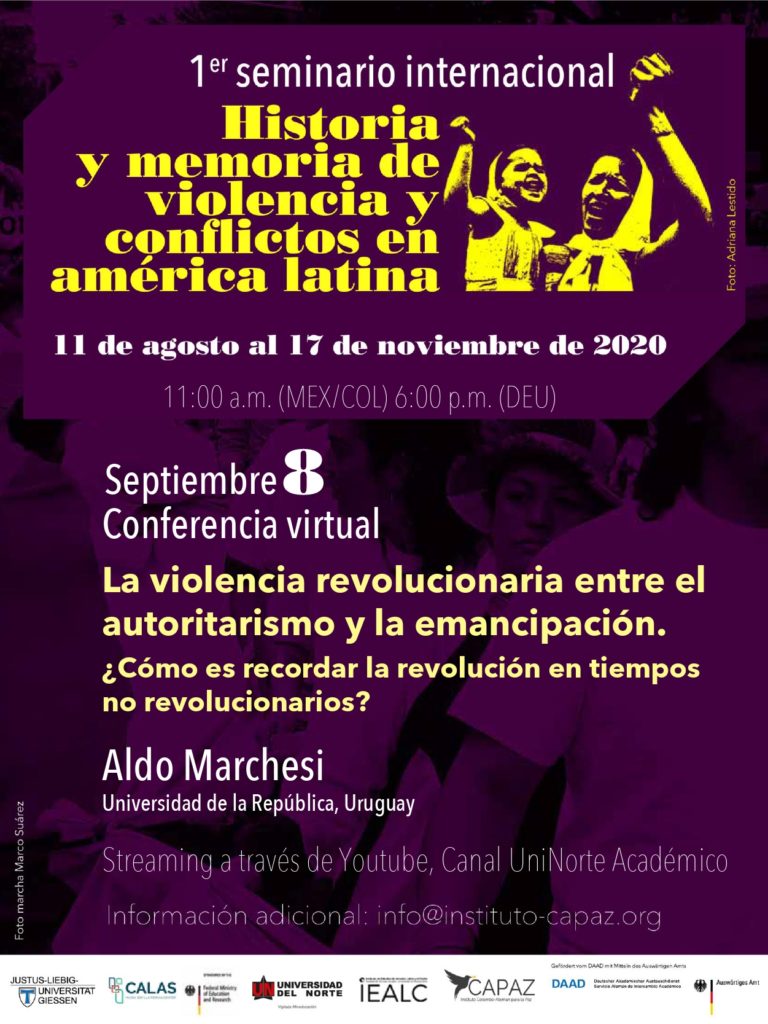 Uruguayan historian, Aldo Marchesi, working at Universidad de la República in Uruguay, focuses his research and teaching work on the recent history of Uruguay and the Southern Cone. Professor Marchesi will deliver his lecture on revolutionary violence, between authoritarianism and emancipation, in the next online session of the international seminar on history and memory of violence and conflicts in Latin America.

Professor Marchesi’s lecture will be held on Tuesday, September 8, 2020, at 11:00 a.m. (Colombian time) and will be transmitted on the Universidad del Norte Uninorte Académico YouTube channel.

Throughout September 2020, the seminar will include online lectures by researchers from universities in Mexico, Costa Rica, and Peru. The first lecture this month, “Operation Colombia or the myth of Casa Verde” was given by Colombian researcher and political analyst Darío Villamizar.

The international seminar on the history and memory of violence and conflicts in Latin America is an online academic programme that brings together researchers, students and audiences interested in such issues from an international perspective and across different disciplines.

The series of conferences in the I International Seminar: “History and memory of violence and conflicts in Latin America” is organised by CAPAZ, the Instituto de Estudios de América Latina y El Caribe at Universidad del Norte (Colombia), the CALAS Centre (Merian Centre for Advanced Latin American Studies), and the Justus Liebig University Giessen (Germany).