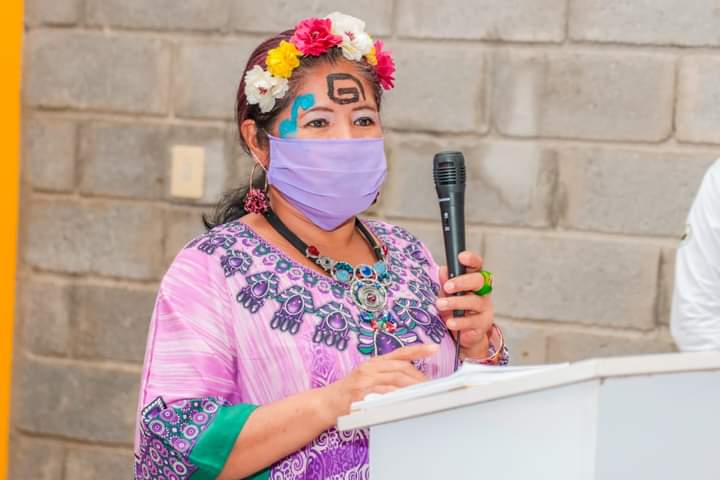 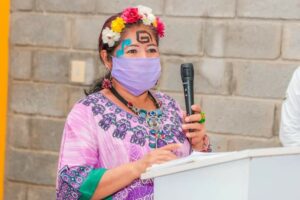 The CODEBAC Association presented its report to the institutions of the Comprehensive System of Truth, Justice, Reparation and Non-Repetition (SIVJRNR) during an event that brought together authorities, civil society representatives, and victims of the armed conflict on March 19, 2021.

CAPAZ advised CODEBAC in the elaboration and delivery of the document, through a workshop and provided telephone assistance, activities focusing on knowledge of the Comprehensive System and on reinforcing victims’ participation in terms of justice and truth processes. Advice was also provided by the Guernica 37 Group.

CODEBAC reports the following on its website: “Our report is based on 526 victimising events of which we were able to document 435. The lack of knowledge of the system; the slowness of the justice and peace processes; the lack of training implemented by the Comprehensive System of Truth, Justice, Reparation and Non-Repetition, hindered the collection of accounts and documents. In these 435 victimising events, we found 113 minors involved, of whom 58 were girls and 55 were boys; 3 elderly victims; 207 women and 225 men”.

The crimes and victimising acts covered in the report include homicide, forced disappearance, kidnapping, forced displacement, attempted homicide, and sexual violence. These cases were perpetrated by different armed actors, such as guerrillas, paramilitaries and state agents. The documented events took place in the departments of Boyacá (with the highest number of cases), Casanare, Meta, Cundinamarca, Guaviare, Vichada, Arauca, Cesar, Córdoba, and Caldas. Despite the difficulties and restrictions posed by the coronavirus pandemic, CODEBAC and CAPAZ were able to work together successfully during the documentation process. According to the NGO, one hundred cases remain to be documented in order to meet expectations and goals.

This advisory service is developed in the context of the “Stabilisation of Peace in Colombia through Justice and Truth” project run by CAPAZ beginning in 2019 together with CEDPAL (University of Göttingen), and the Justus-Liebig University Giessen, both of which are CAPAZ founding partners. CAPAZ’ academic work supports different victims’ organisations in different parts of Colombia to draft and present their reports to institutions such as the Special Jurisdiction for Peace (JEP) and the Truth Commission. By doing so, the institute strengthens its line of action of consultancy and its commitment to victims, their participation and recognition in transitional justice in Colombia.

Find out more about the project: “Stabilisation of Peace in Colombia through Justice and Truth” (in Spanish)

Which victims’ organisations has CAPAZ advised for their reports to the Comprehensive System? The following video describes some of the experiences: 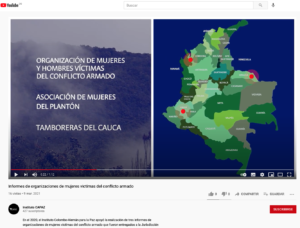 Video: reports from organizations of women victims of the armed conflict – CAPAZ advisory in 2020

The project has also resulted in a series of publications in the CAPAZ Línea Azul editorial, not only in the form of specialised texts, but also short video-columns, in which expert researchers share postulates, concepts and experiences on transitional justice issues:

CODEBAC is an NGO based in Boyacá, Colombia whose activities cover mainly the territory of the Guavio, Lengupa, and Upía river basins and their tributaries. To promote and defend the rights of victims of the armed conflict, CODEBAC provides advice, training and support on access to and implementation of transitional justice. It conducts activities in the legal, organisational, cultural and sport fields.